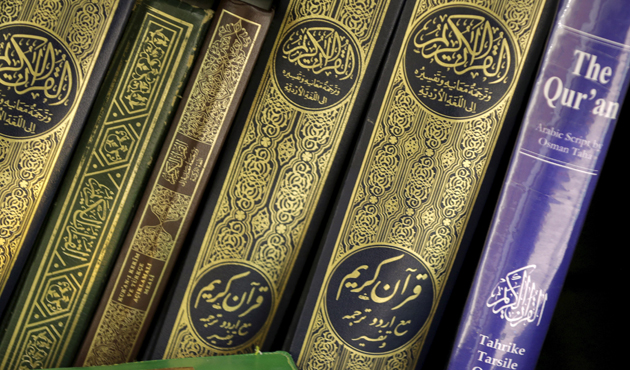 More than 60 ornate Qurans will be part of the U.S.’s first major exhibit of the Muslim holy book when they go on display at the Smithsonian Institution later this year, the museum announced Tuesday.

Organized by the Smithsonian’s Arthur M. Sackler Gallery in collaboration with Istanbul’s Museum of Turkish and Islamic Arts, the exhibit will begin Oct. 15 and run through Feb. 20, 2017.

Produced from across the Arab world, Turkey, Iran and Afghanistan, many of the manuscripts will be on display outside of Turkey for the first time.

“This exhibition offers a unique opportunity to see Qur’ans of different origins, formats and styles and begin to appreciate the power and beauty of the calligraphy as well as intricacy of the illuminated decoration,” Massumeh Farhad, the Freer and Sackler’s chief curator and curator of Islamic art, said in a statement.

“Although each copy of the Qur’an contains an identical text, the mastery and skill of the artists have transformed it into a unique work of art,” she added.

The Qurans span almost 1,000 years of history from the eighth century, shortly after Muhammad’s death, to the 17th century.

The Freer and Sackler galleries will also display a number of Qurans from the museum’s permanent collections.

The exhibit “provides an unparalleled opportunity for audiences in the United States to appreciate the artistry of Muslim scribes and craftsmen over more than a millennium, in regions from North Africa to Afghanistan,” said Julian Raby, the Dame Jillian Sackler Director of the Arthur M. Sackler Gallery and Freer Gallery of