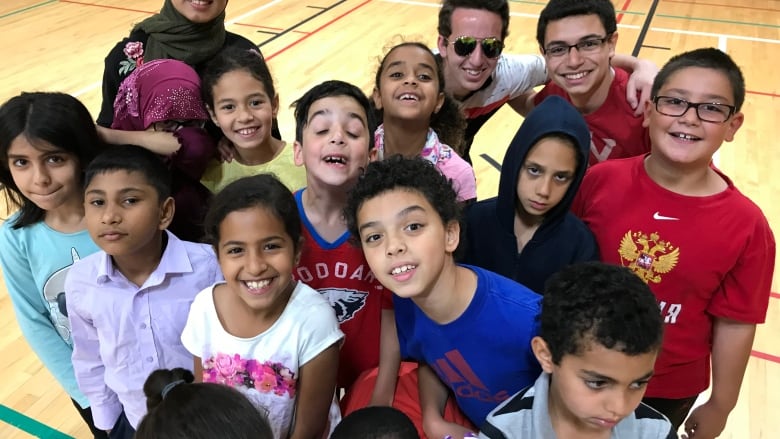 A group of kids take a break from a soccer game at the Muslim Association of Canada’s summer camp in Calgary. (Dan McGarvey/CBC)

At one side of the building kids emulate their favourite World Cup stars, chasing a soccer ball around a gym. It could be any summer camp taking place across the city.

On the other side, a small group of boys sit in a circle and quietly recite passages from the Qur'an, guided by a young camp worker who talks with them about what they're reading.

The camp — run by the Muslim Association of Canada — is split between mainstream summer camp activities and more religious and cultural programming at Calgary's Al-Salam Centre.

There are themed weeks like All About Canada, where kids learn about Canadian culture and history, along with trips to Heritage Park and the Calgary Corn Maze, and guest speakers covering topics like the environment and Indigenous issues. 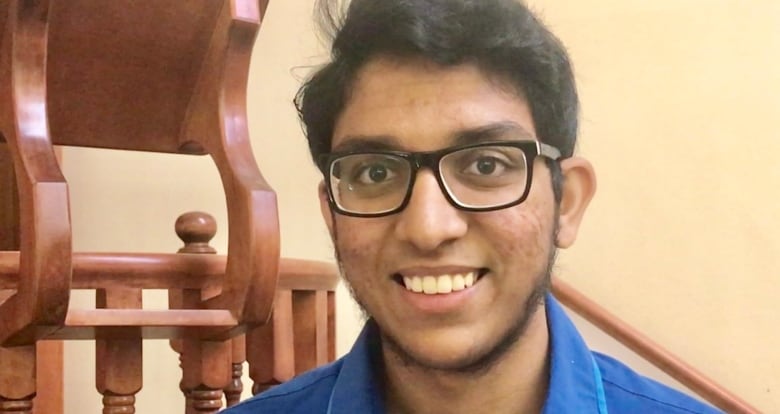 Immad Nayeem has been volunteering at the Al-Salam Centre for two years. He says it’s possible for kids to learn about religion and culture and have fun. (Dan McGarvey/CBC)

"That balance is important because a lot of us are children of immigrants," said Immad Nayeem, a volunteer at the Al Salam Centre. "And immigrants crave identity."

Nayeem says newcomers are keen to explore what it means to be Canadian and be a part of Canadian society while respecting their own culture and religions, and want the same for their children.

"I think it's important, not just shoving Islam down their throat, but learning how to balance the two together," said another camp volunteer, Zamzam Amin. 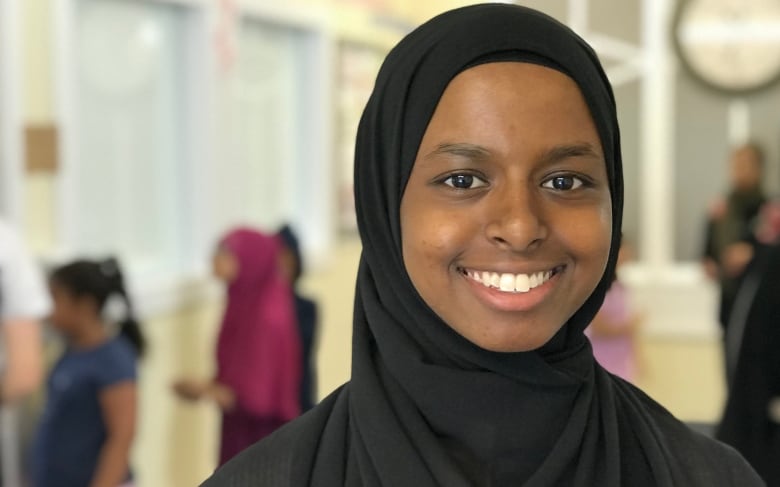 "We merge the two, how Islamic values and Canadian values can work together instead of it being a more conflicting thing," said Amin.

"I graduated from an Islamic school and coming here I thought it would be the same atmosphere but there's a big difference," Amin said, adding she sees a push to merge the two worlds together at the camp.

"Growing up I struggled with that. I thought Canadian identity and Muslim identity were two separate things and I never really found the balance, but going into high school I realized there is no splitting," said Amin. 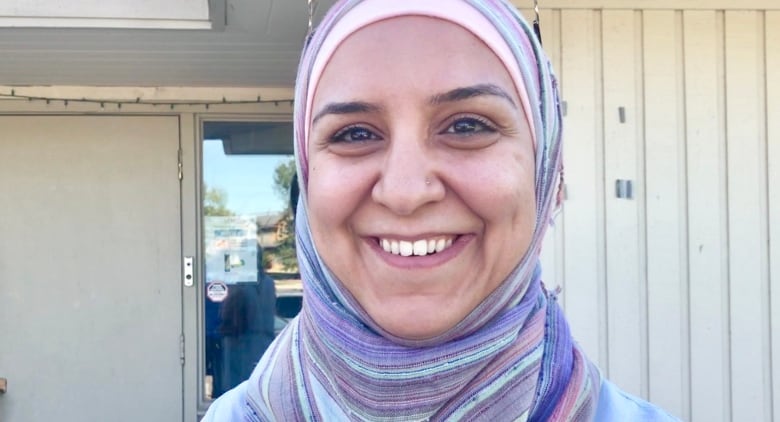 Rasha Abuobayda has three children at the summer camp and says it’s a perfect balance of mainstream camp activities and events and religious studies, which is important when it comes to Muslim kids integrating into Canadian life and society. (Dan McGarvey/CBC)

Attendance jumped from 40 kids last year to 70 this summer, with more and more registering an interest, according to organizers.