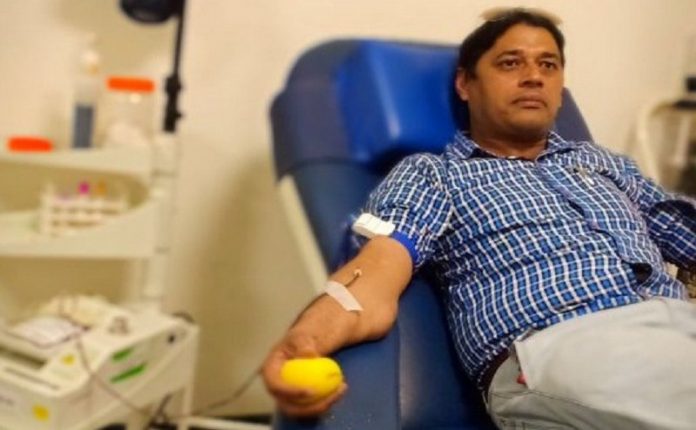 Dehradun:  Humanity first, that’s what Arif Khan believed after he saw a request for urgent blood donation on Social Media. 20 years old Ajay Bijlawan was hospitalised in extremely serious condition at city’s Max Hospital. Ajay’s platelet, which have infected his lever, were rapidly falling and was less than five thousand on Saturday morning.

Doctors told his father, Kemannand Bijlawan that if A-positive blood is not found immediately then his life can be in danger. Several efforts were made to obtain the blood, but in vain. As last resort, his relatives used social media and WhatsApp messages to find a donor.

Soon Arif Khan, President of National Association for Parents and Students Rights ( NAPSR ) resident of Sahastradhara Road (Nalapatani Chowk) received the information on his WhatsApp group, Arif Khan immediately contacted Ajay’s father to offer his help. He said that if his physicians are available then he is ready to donate blood. When he approached, doctors said that before donating blood, he will be required to eat some food, means he will need to break his Ramazan Fast before the said time i.e. Iftar Time.