Robin Walker attended a commemoration of the role of Muslims in Parliament on Monday evening. 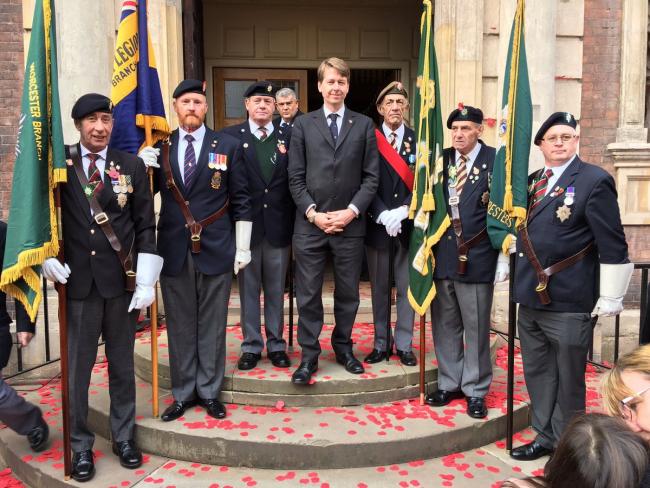 Hosted by Forgotten Heroes 14-19 and sponsored by Lord Sheikh, the event highlighted the sacrifices and contributions made by Muslims across the world to aid the Great War effort.

Mr Walker said the overwhelming sentiment of the evening was that the contributions of Muslims and other minorities have often been understated in or omitted from the historical narrative.

During the event, Imam Asim said: "Respect, tolerance, humanity, integrity, friendship, courage, love, standing up to fascism and racism - these were the values that Muslim soldiers showed in WW1. These values are the same as the values of the Armed Forces."

Last Sunday, alongside Worcester’s Mayor Jabba Riaz, Mr Walker attended the Gheluvelt Remembrance service and was honoured to pay tribute to those brave Worcestershire soldiers who halted the German advancement to key Channel port. He will also be attending the civic remembrance service at Worcester Cathedral on Sunday, November 11.

Mr Walker said: “I was pleased to be able to attend last night’s event commemorating, remembering and honouring the vital contributions Muslims made to the First World War effort- both on and off the battlefield.

"As Britain, and indeed Worcester becomes more diverse, it is important for us to acknowledge our shared history and allow it to unite us in the future. This year, for the first time, Worcester has both a Muslim Mayor and Deputy Mayor.