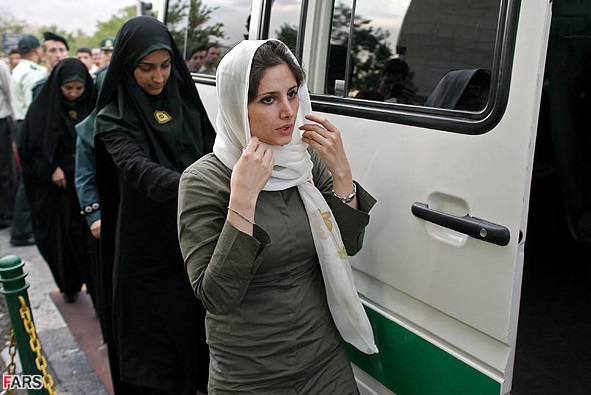 The word “hijab” brings up mixed mix emotions in me. On one hand, I want to be supportive of Muslim sisters who wear it by choice and face discrimination, hurt and pain in the West. But at the same time my own journey of having to wear it was bitter and a source of anger and resentment for many years.

I was born to upper middle class Pakistani parents. They were not really that conservative at the time of my birth - however, when I was six-years-old, my mother found a new zeal of in religion accompanied with mental health issues. She transformed dramatically within months and bid goodbye to her fashionable, stylish attire and replaced it with a long dark chador (a large piece of cloth wrapped around the head and upper body leaving only the face exposed, worn especially by Muslim women)  and at times the face veil (or niqab).

It was then that the conversations of the importance of hijab and “purdah” (a cloth that hides most of the face) began for me. I was told how females should cover to protect themselves from the lustful gaze of men, a point reinforced at me multiple times. One day, at age six I donned the chador with the face veil (niqab) as my mother wanted me to, and accompanied her to the market. My movements felt constricted but I thought it was necessary to be favoured in God’s eyes. Whenever a man stared, I thought that maybe because it was a strange sight to see a small child with a face veil. My 6-year-old mind felt terrified that I needed to protect myself from his gaze to save myself from hell. While walking, I imagined the hellfire burning my skin. My other family members expressed concerns when they saw me wearing a face veil with a full chador. I did not agree to wear it after that day as a child when I sensed their apprehensions and discomfort.

I grew up hearing narrations of how women who did not conceal their hair will be held by the roots of their hair by God and thrown into hellfire at Judgement Day. The hijab and purdah were very dear to my mother. At the age of eleven, I brought a birthday invitation home from a classmate who wore the hijab. I was not completely sure if I wanted to attend as I did not know her that well. The next thing I knew a few days later, my mother told me that she had visited that classmate and her mother at their home. She also told me that she had given my classmate a hug and told her that she wished she was her daughter and not me because of the hijab.

Finally, my dreaded puberty arrived. Many mainstream Islamic traditional interpretations deem hijab and concealment of hair mandatory for girls when they reach puberty. The issue of hijab became very contentious between me and my mother. She said things such as not wanting to take me anywhere out of the house (when I was thirteen) and that I would get raped because of not wearing the hijab. Slowly over the years, I developed almost a dislike for the notion of hijab. It was a constant thorn in my life. At that age, I wished there was no such thing as hijab, purdah or veiling.

In 6th grade onwards, I was made to go to a school which had very strong religious leanings. Hijab was mandatory there. However, many girls wore the scarves fashionably, tying it around their necks with their heads left bare. However, on further evaluation, the school realized the head scarves were too small to cover the blossoming bosoms of the pre-pubertal and pubertal girls. To solve this “serious” dilemma and to prevent the lustful gaze of men from relishing in the sight of our developing budding breasts, the school came up with a new veiling contraption: The "Chadab". The "Chadab" was a hybrid between the hijab and the chador and it was stitched in the shape of a deep well. You would put your head in this cloth hole the same way you would place your head in the face hole of the massage table. Yes, I am being sarcastic, but that is how it felt. The forced hijab and those shapeless baggy shirts along with the corporal punishments in that school are not exactly fond memories for me. Thankfully, I only got slapped once in the face once (for some completely ridiculous reason though). But some were not that lucky and would get ferociously slapped around with their heads banging against the wall. I hated that school, its forced hijab, that baggy kameez (shirt) and the constant shoving of Wahabbism down our throats.

There were periods in which I at times embraced a loose hijab using a dupatta (Pakistani/Indian cultural short cloth) when I found it advantageous. Covering your head did automatically confer a status of piety and modesty in Pakistani culture, which at times is needed especially if you are being slandered or gossiped about. I also covered my head loosely when visiting rural areas or the Pakhtun areas of Pakistan. However, the men stared so lustfully in those areas to the point that I felt I was parading myself naked.

Eventually, in the West I felt liberated when it came to my dressing. I could wear what I found comfortable and what I liked. But here I was introduced to the flip side of the coin. In the post-9/11 world, there were women in the US who wore the hijab but felt that it was a source of negative attention or harassment. I became friends with one woman who wore it in our training program.  I never felt judged by her for my dress or lack of hijab. She was - and still is - a kind and caring soul.  After all, I also care about women who wear the hijab. I do not want anyone who wears it to feel discriminated, harassed or mistreated because of it. The truth is, in the small city that I live in, wearing a hijab will likely lead to uncomfortable looks and discrimination from others which I do not think is okay either.

Do Muslim women wear hijab by choice? Is it a true choice? These are loaded questions with complicated answers. And maybe a single answer cannot be arrived without inevitably obliterating the perspective of the other side. Yes, there are many women who do wear hijab by choice. The question then arises: how many of them would choose to wear it if they were not taught that God deemed it mandatory or that they would burn in hell if they did not wear it? My guess is that the numbers would decrease.

I do think that to make it a true choice for women we do need to let women know that hijab as a headscarf itself is not mentioned in the Qur’an. The ayah (sentence) in the Qur’an itself is literally translated as covering the bosom. You have male scholars like Ghamdi and Khaled Abou El-Fadl who do not view the headscarf as mandated in by the Qur’an. Furthermore, veiling was associated with high social status and with being a free woman in 7th-century Arabia. There are also historical narratives found about slave women being bare breasted and had their hair uncovered even after the advent of Islam in Medina (references below). Our modern day Shaikh Hamza Yusuf refers to this in his video on Youtube (at 1 min 16 sec).This further supports that the concept of veiling of women was strongly influenced by the Arab practices and culture at the time. For me personally, when I look at the  vastness of the universe, the galaxies, stars and solar systems it becomes incomprehensible for me to believe that the creator of all these, would care so much about how many of my hair strands I show to the world. It just does not make sense to me.

On the other side, there are many women who have had the hijab forced upon them which makes it a tool of oppression instead of the religious freedom symbol that it has become lately in the West. We have stories of women being lashed and whipped in Iran for not veiling properly after the 1979 revolution by the Ayatollahs. Even in today’s world, multiple women were arrested for protesting by taking off their hijab in the streets of Iran. Saudi Arabia has the religious morality police to ensure their female citizens are dressed in long black cloaks called the abaya (long dress usually worn by Muslim women) with the hijab. Violation of this dress code could lead to fines or arrests.  In the West, we have the story of Aqsa Pervez who lived in Canada and was choked to death by her father for not wearing the hijab.

Recently, I saw some videos in the US which state that the hijab is a choice and not forced on Muslim women. This is only partially true. Of course, there are many who wear by choice. However, giving such a simplified message in some ways whitewashes the hijab of all the atrocities committed in its name and downplays the fact that many are being forced to veil.

At the same time, I do feel we need to respect a woman’s decision if she wishes to wear the hijab; the same way we respect women of other faiths such as nuns and orthodox Jewish women who conceal their hair. How do we have this much needed debate without hurting people on either side? How do we make sure that women who do decide to wear hijab do not face any harassment and yet at the same time free the women who feel imprisoned by the hijab? I still have not found the right answer to these questions. Sometimes, I despair, that I never will.