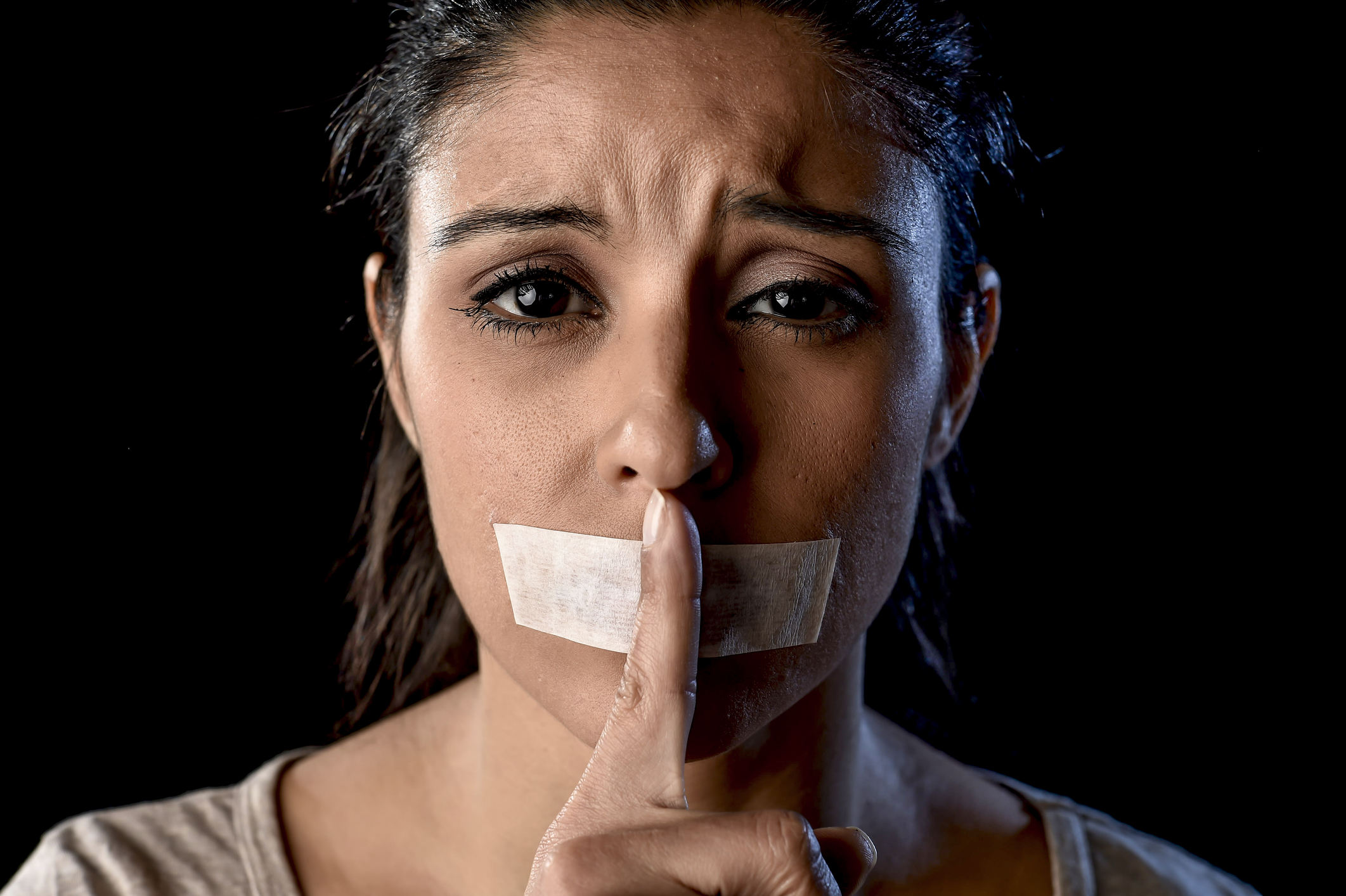 I could no longer ride my bike freely outside my house. I could not run and play outside with my younger male cousins anymore. The few jeans and western dresses I owned, now had to become a distant memory. I was to banish myself from the sight of all male strangers who entered my house, regardless of reason. No unknown boy was to speak to me.

I was supposed to learn how to cook, serve, present myself well. Never feel angry. Never raise my voice. Never be stubborn. Always be flexible and accommodating.  Who was I?

I was a thirteen-year-old girl growing up in Pakistan. In some ways,  I do not think I could blame my family for wanting to shelter or hide me away from outside men given the attitudes that many Pakistani men hold about women. But, I do find fault in their subliminal, and at times the overt message that good, obedient girls are not supposed to be vocal and should not speak their minds. Hearing statements like, “larki ko Shaadi ke baad jootey parhtey hai aur tumhe abhi se jootey khaney ki aadat honi chaiye” ( girls are beaten with shoes after marriage, so you need to get used to being treated like that now) damages a young girl’s self-esteem. Messages like these teach a girl that just because she is a girl, she is worthless. This just makes it harder for her to have the strength to speak up when she has been wronged.

One of the lessons I learned early on from Pakistani desi culture is that my honor and respect lies in my silence... I remember walking down a bustling market street of Lahore at the age of nine. I was holding my grandmother’s hand, and enjoying the sounds and scenes around me.  Suddenly a stranger's hand from behind groped me below.  I yelped, petrified and tried to say something. My grandmother shushed me to prevent me from making a scene. Dazed and terrified  I just kept walking on as if nothing had happened.

At home one day, at the age of twelve, I caught a relative peeping into the bathroom window from outside (he had to climb a ledge to reach that height) when I had just finished showering. I was shocked. I complained to the elder women in my family  but was told to just ignore and avoid confrontation. The message was clear, naming the harasser or calling out the sexual harassment was socially more humiliating forme thann for the perpetrator. For years in Pakistan,  I did not dare turn on the lights of the bathroom when I knew it was dark outside. Scared that someone will be lurking outside.

Day-to-day sexual harassment of women is commonplace in Pakistan and is almost expected, and normalized. In a study of more than 200 youth in Gujranwala, Pakistan, 96 percent of the girls questioned experienced street harassment according to statistics from http://www.stopstreetharassment.org/resources/statistics/statistics-academic-studies/. In some ways, the problem is so deep-rooted that sexually harassing women is considered a form of recreation by many men instead of a crime and they may even have the audacity to boast about it. “According to a research conducted by UNISON in 2008, more than 50% working women face sexual harassment in Pakistan” statistics sourced from http://usmanawan.com/sexual-harassment-in-pakistan/. Usman Awan is a social activist and founder of Step Forward Pakistan which focuses on women empowerment and fighting sexual harassment. The actual statistics of sexual harassment are likely much higher as it is considered shameful for a woman to even acknowledge something like this has happened. Also, harassment like ogling,  passing lewd comments, men trying to brush against women,  have become accepted as normal by many women as it is so common.

Every Pakistani woman I know is familiar with those street “bottom pinchers” and gropers in public places. Frankly, these were not just the illiterate men,  but educated men were guilty of such acts. It is such a well-known phenomenon that I remember once my female cousins admiring a friend for being so ballsy that she slapped her  “bottom pincher” in the mall. I also heard first-hand stories of my female classmates being flashed by strangers while walking to the girls' hostel. Male shop-keepers fondling a young girl’s budding breasts while trying to show dresses to her parent, using the dress as a curtain for his shenanigans. Random strangers going on bicycles trying to touch women’s bodies while riding by.

In 2014,  seventeen-year-old Haleema Raique, the talented fast bowler in the women cricket team, committed suicide due to sexual harassment. The threats and lack of support from society and family after she and three other young female cricket players publicly accused the chairman of Multan Cricket Club of sexual harassment are believed to be contributory factors in her suicide. Unfortunately, these four young girls were, instead, punished with 6-month cricket suspensions and public shaming because they could not produce sufficient evidence of the harassment.

However, there have been some positive initiatives and steps taken in the right direction in Pakistan. We have women’s rights oriented activist organizations like Kashf Foundation, Aurat Foundation and Step Forward Pakistan working against sexual harassment and trying to empower women. We also have measures like Pink Bus,  Women Rickshaws, Pink taxis (Paxis),  which are trying to improve safety for women when it comes to public transport and commutes by providing gender segregated transport services. Some have criticised these services as providing only a short-term solution to the preferred long-term solution, namely,  changing the attitudes of men to not harass or persecute women. This gap though is being filled by the social media campaign by Step Forward Pakistan and a new Anti-Ogling campaign initiative, which are trying to educate the masses and encourage behavioral change interventions.

In all honesty, when I came to the US a decade ago,  I felt so liberated when I could freely walk in the mall,  travel in the bus and subway all by myself. I did not need to constantly look over my shoulder, or anxiously clasp my hands behind my hips, hoping I could prevent some unknown stranger from groping me. I tried to walk in front of a family member most of the times in Pakistan in hopes of warding off these anonymous perverts. I used to feel extremely tense in thicker crowds, knowing that it would make me an easier target, my mind racing to figure out how I could best avoid a  potential assault. In our desi culture, we are discouraged to bring up these issues. And if something does happen, you are not supposed to talk about it as that will just bring shame to yourself and your family. When I think of it now, I am just amazed at how normalized this day to day sexual harassment is in our desi Pakistani society.

I know harassment or abuse can happen in the West too. But at least western society has evolved enough that getting your bottom pinched or groped is not considered a normal day to day part of living here. And I hope Pakistan gets there someday too. But I think for that to happen, the first step is to be able to talk about it and acknowledge there is a problem. Silence is not an option for us anymore.