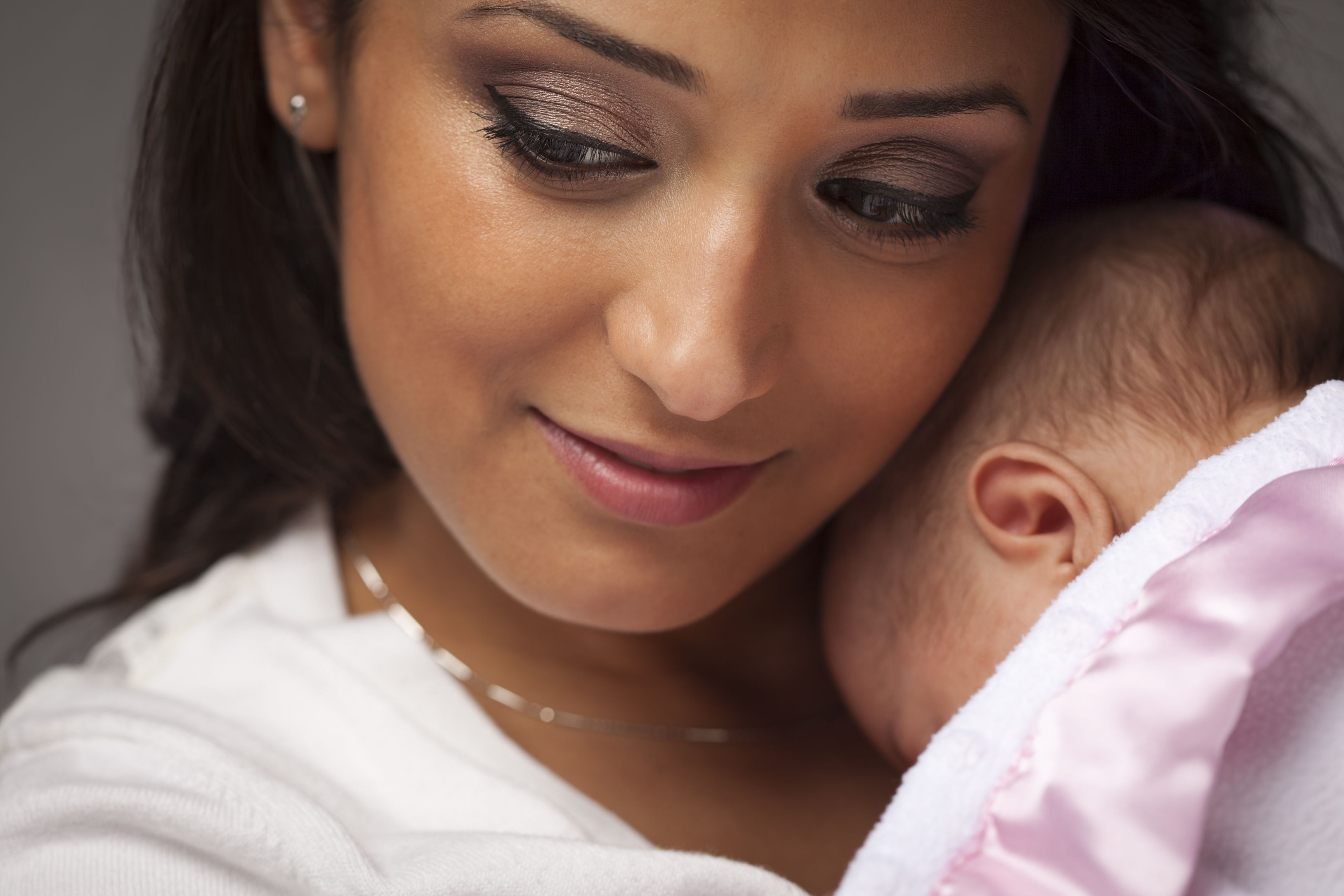 Growing up, my mother was not only very passionate about being Muslim, but also a very passionate advocate of breastfeeding. I grew up listening to the benefits of breast milk, including stories of her experiences with La Leche League, “an international, non-profit breastfeeding support group.” My mother also volunteered to help women latch or position their newborns in their first days of motherhood. She taught me Islam encourages mothers to nurse one’s child until at least the age of two. While I disagreed with my mother on many things, this was something we were both on the same page about. As a result, I automatically assumed I would be breastfeeding my baby when I became a mother, oblivious to the fact that breastfeeding, at times, may not happen so naturally.

Despite how diligently I prepared for my first pregnancy, including attending the prenatal and breastfeeding class, my first childbirth experience was traumatic, resulting in a sudden emergency C- section. The baby was in distress. It was not the normal birth process I had imagined. I ended up getting intravenous sedation during the surgery as my spinal block anesthesia stopped working in the middle of the procedure. I thought I was going to faint from the pain as the surgeons began cutting my insides. My son had to wait to see me till I fully woke up from the sedation. When he met me the first time, his mouth was wide open. He was very hungry. I nursed him without much instruction in whatever way I could figure out.

Unfortunately the nursing relationship went downhill after my son’s  circumcision in the hospital. He was too lethargic afterwards, and refused to latch onto my breast in his sleepiness. I ended up bottle feeding him that night, and the  dreaded “nipple confusion” I had heard about happened. He refused to breastfeed after that single night of bottlefeeding. I was heartbroken and felt envious of other mothers whose babies were latching and nursing like pros.

That was how I got  thrust into the world of exclusive breast pumping. I read everything possible about pumping breast milk by joining exclusive pumpers online forums. I pumped milk using a  rented hospital grade pump for a month, along with some formula supplementation. But I eventually managed to transition him back to breastfeeding when he was one and a half months old after much trial and error. Those were beautiful memories. My baby and I were calm and happy, brimming with the bond Oxytocin hormones help create. Alas, my maternity leave ended.

Leaving for work created a deep sadness in me. I missed my son terribly. I wished I lived in Canada or Europe where maternity leave is much longer, unlike in America. I returned to a 80+ hour week as a medical resident, enduring far longer hours than a 9-5 job. This included 36-hour night shifts. My breast milk supply dwindled away in a couple of months, as it was nearly impossible to get time to pump milk. As a consequence, my breastfeeding journey came to an abrupt halt when he was six months old. I missed that connection and closeness nursing allowed on maternity leave. Some days I would return home after a long shift and my son would not even make eye contact with me, or I would not be able to comfort him or stop his cries. Sometimes I questioned if he even knew I was his mother. Or wondered whether I even knew how to be his mother?

Once my residency training finally ended, I took a month off to be with him before starting my job. But I felt lost as a mother. Something had broken between us. I felt I did not know or understand him and maybe he felt the same. And he just did not have the words to tell me.

It took time for our mother-child connection to re-establish itself. My son’s toddler tantrums made me feel like a failure as a mother at times. I doubted myself and my instincts at so many stages of his first year. Time,experience and maturity taught me to be more forgiving to myself and my son. Dr. Sears Attachment parenting books helped me a lot. The philosophy behind the books emphasized on raising children with a lot of love and emotional support, keeping in mind your own child's temperament. The books stressed the need to remember that every child is unique and different. Discipline, but kindly. Most importantly at the end of the day, follow your heart and do what feels right in your gut.  If your child is suffering and in pain, it is okay to hug them and hold them close. This is not going to spoil your child. I promise.

My second childbirth experience was very different. It surprisingly went according to plan. I immediately got to hold my little daughter. She was crying when they placed her on my chest. The moment I spoke to her, she quieted down, opening one eye to look at me. Within an hour of her birth, the hospital nurse bathed her, and  laid her on me to nurse. Research shows that this is a critical window to establish a successful nursing relationship. She nursed like a pro. All the nurses excitedly cooed. I was so happy that this time around hopefully things would be more smooth sailing. After having such a wonderful start with my second baby, I was caught by surprise when faced with a different problem. My daughter developed allergic colitis at the two month mark. The allergic colitis thankfully resolved after I went on an allergen diet elimination. I left dairy, eggs, chocolate, wheat, soy, beef,and nuts for 4 months. The allergic colitis went away and our breastfeeding journey renewed uninterrupted as I wanted.

Surprisingly there was an upside to that difficult diet. I ate fish, fruits,vegetables, chicken and rice. My belly flab skimmed down within weeks. I did not get a single skin breakout in those four months, which is quite a big deal for someone who suffers from chronic adult acne problems. Of course, it all came back after I went back to my regular diet! My husband still convinces me to go back on that almost Paleo regimen, but has failed to convince me so far. I love my chocolate cake, breads, and “Naan”  too much!

My local La Leche League chapter was very helpful and supportive during this time. I was in tears when my daughter developed allergic colitis and faced with the daunting task of eliminating so many allergens from my diet. The women listened to me, supported and shared their own personal experiences with me. I did not feel alone, I had all of them with me.

I would also like to share that La Leche League (LLL), is an international non-profit breastfeeding support group with multiple chapters in the US and around the world, including Pakistan and the Middle East. LLL hotlines that you can call too.I did manage to complete my nursing goal of two years for my daughter, the duration recommended by Unicef and WHO. This recommendation is especially important in developing countries where water sanitation is poor and diarrheal illnesses are common. For my second child, I also ended up cutting back to part time work to be able to relish and enjoy my moments with my children better. I love my kid’s giggles, their laughs, and being able to chase them around the house. Of course, there is at times exhaustion and frustration too. Especially when it comes to tantrums or tears. Or interrupting my chores, or how difficult it is to read a book or work on my laptop with a two year old smashing her hands on my keyboard. But this time shall pass. And then I will probably miss how they used to need me so much. How I used to be the center of their universe.

So to my readers, I want to leave you with a quote by M.Russell Ballard that resonates with me everyday, “There is no one perfect way to be a good mother. Each situation is unique. Each mother has different challenges, different skills and abilities, and certainly different children…. What matters is that a mother loves  her children deeply…..”