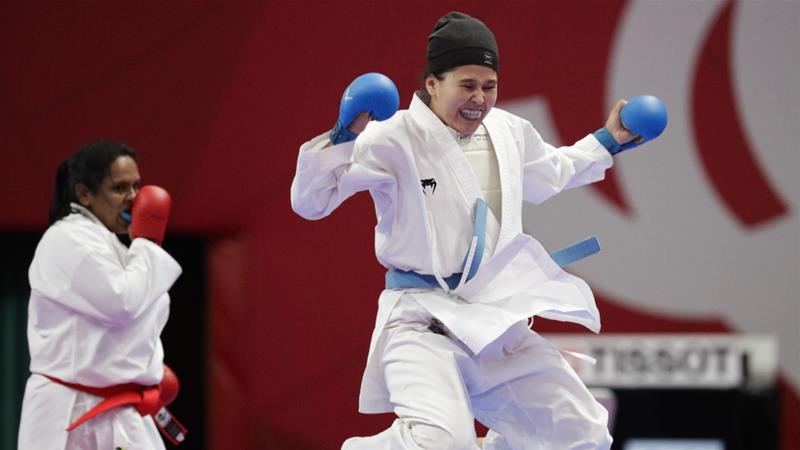 Nargis Hameedullah has had to fight for her dreams all her life - both on and off the field.

The 19-year-old is a Pakistani karateka based in Quetta, capital of the western province of Balochistan.

Nargis belongs to the Hazara community, one of Pakistan's most persecuted ethnic and religious minorities. But that has not stopped her from beating the odds.

At the 18th Asian Games in Indonesia last month, Nargis became Pakistan's first female athlete to win an individual medal at the multi-sport competition when she won bronze in the plus-68 kilogramme event.

"I always wanted to be the one to bring about a change," Nargis told Al Jazeera. "I'm very happy to be able to write my name in history."

Nargis' success lit up a marginalised community that has been a target of ethnic and sectarian violence for decades.

At least 509 Hazaras, who are mainly Shia Muslims, have been killed in Quetta since 2013, according to the government's National Commission for Human Rights (NCHR).

The killings have mostly been part of a sustained campaign of shootings and bombings by armed sectarian groups such as the Lashkar-e-Jhangvi (LeJ), an affiliate of the Islamic State of Iraq and the Levant (ISIL, also known as ISIS).

But as Nargis returned to her hometown of Hazara Town, a low-income ethnic neighbourhood in the western outskirts of Quetta, she was showered with rose petals by school children who lined up on the streets.

The beat of the "dhol", a drum, accompanied by the flute, was complemented by a beaming Nargis who was surrounded by dancing residents who gave her a hero's welcome.

Nargis relished her time in the spotlight, but she said her rise to stardom in Pakistan has not come without bumps.

A bomb attack by the banned Lashkar-e-Jhangvi group at a busy vegetable market in Hazara Town killed at least 84 people. Nargis' maternal grandmother's brother was among those who died.

"It [his death] really shook me and it affected the entire family," she said. "I will never forget that day."

At least nine members of the Hazara Shia community have been killed in a series of attacks since March this year.

According to Human Rights Watch (HRW), the Hazaras are particularly vulnerable, because of their distinctive East Asian ethnic features as well as Shia religious affiliation.

Nargis' train journeys to Lahore and Islamabad for tournaments and training camps are always full of anxiety, with thoughts of the next target killing weighing on her mind.

"As a player, I train physically, my strength has increased, but emotionally and mentally, I have really been affected [by these bomb blasts]."