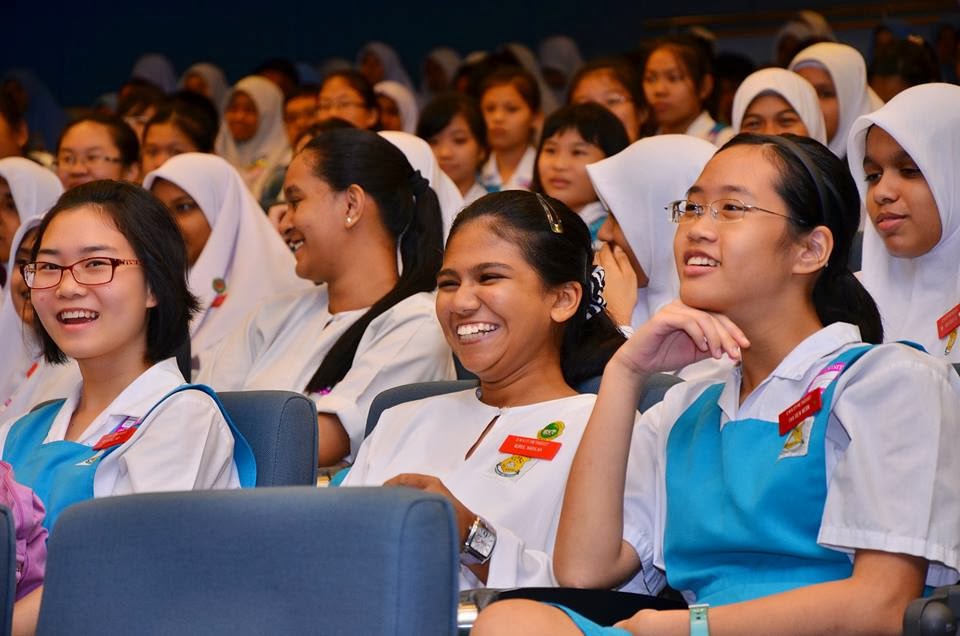 On May 9 this year, the then Malaysian opposition called Pakatan Harapan (PH) – or “Alliance of Hope”- crushed the Barisan Nasional-led government and swooped into power. It was the first change of government for this Southeast Asian country since it gained independence from the British 61 years ago.

Despite the celebratory mood nationwide, women’s groups are disappointed at the failure of the new government to include one-third of women in the cabinet as previously promised.

So far, only 3 ministers out of 14 appointed have been women. That is a paltry 21 per cent. The women ministers so far are Dr. Wan Azizah Wan Ismail (Minister of Women, Family and Community Development. She is also the Deputy Prime Minister), Zuraida Kamaruddin (Minister of Housing and Local Government) and Rina Harun (Minister of Rural Development).

Malaysia adopted the 30 per cent quota in 2005. Despite this, women’s political representation has been below that percentage, including in state governments controlled by Pakatan Harapan.

“I am disappointed that there appears to be a lack of political will to fulfil the minimum 30 per cent quota for women’s representation in the cabinet. Already, some quarters are saying the quota will be met if we consider women as deputy ministers. Yet, we know for a fact that it is ministers who play key roles in shaping laws and policies,” Angela Thas, the executive director of the non-governmental organization Empower said. Empower is a member of a coalition of women’s rights organizations called Joint Action Group For Gender Equality (JAG), which has been pushing for the one-third quota to be fulfilled

“There are sufficient qualified women candidates. Their names are not put forward for consideration. This was the reality at State Exco level and I fear we will see a dreadful repeat for cabinet appointments,” she said further.

The history of women’s political participation in the country

According to Virginia H. Dancz, the author of ‘Women and Party Politics in Peninsular Malaysia’, women in then-Malaya and now Malaysia have long made significant contributions to Malaysian politics, especially in voting and political mobilization - but that is where the numbers mostly end.

According to statistics by the Inter-Parliamentary Union, Malaysia is ranked at number 146 out of 1754 countries in terms of the number of women ministers.

Nearly 50 years ago, Tun Dr. Fatimah Hashim was appointed the first woman minister and since then, only three women have been appointed as full ministers.

Debunking the myth that quotas are unfair and ineffective

Some have lambasted the need for quota, citing that it is unfair and anti-meritocracy.

However, a group of people headed by Malaysian journalist Jacqueline Ann Surin, said “Unfortunately, qualified women are often overlooked because women’s contributions are often made invisible and their work undervalued. Ample research shows that women of higher or equal quality to men are systematically overlooked due to biases and stereotypes.”

“Calling for 30 per cent representation is a way to remind and compel governments, political parties, and corporations to look beyond normalised biases against women. If they must fill up 30 per cent of cabinet positions with women, they are then more likely to move beyond their biases and recognise the qualified women who deserve to be in leadership positions,” they said further.

Malaysian writer Koh Lay Chin pointed out that according to Gender and Politics academic Dr. Meryl Kenny of the University of Edinburgh, there has been little evidence that there exists a qualifications gap between quota and non-quota women and men.

“The problem with asking whether quota women are ‘up to the job’ is that it keeps the focus on women’s perceived lack of merit. Women are expected to earn a place at the decision-making table while male politicians are assumed to possess merit unless proven otherwise,” she said.

Dr. Kenny cited Sweden as a good example where gender quotas have led to greater, not less, qualified political candidates. Instead of getting rid of competent men and replacing it with mediocre women, quotas raise the standard of candidates over-all.

“Quotas expand the talent pool for political office and ensure that the ‘best and brightest’ are selected and elected,” she said.

In a series of randomised evaluations on gender quotas in Afghanistan, Lesotho and across 24 states in India, it was found that quotas “influenced women’s political participation and policy outcomes and increased the provision of public goods aligned with female voters’ preferences.” Furthermore, it found quotas “improved men’s perceptions of women as leaders, increased the aspirations of girls, and helped women get elected even after quotas were removed.”

Some may argue that there are other ways to promote women’s political participation, such as educating the young about its importance and also, political parties should encourage their female members among their ranks.

However, United Nations Women executive director Phumzile Mlambo-Ngcuka said at this current rate of change, it will take another half of a century to achieve gender parity in the political sphere.

What do Malaysians think?

“I am very disappointed that it [the quota] is not practiced by the cabinet,” Adrian Pereira, 37, the executive director of the group North South Initiative, said.

“If we talk about equality and empowerment but we are not ready to create the mechanisms, then it is a sign we are not serious and sincere about the gender equality agenda,” he said further.

Shaqirah Shauqi, 28, of Sosialis Alternatif Malaysia, said: “I support the quota critically. I agree that the government should have as much representation as how diverse our society is. Our culture, religion, genders, geography. Each should have its own representation. But despite all the identities and differences, there is one difference that unites the society into two classes. The capitalist and the working masses. The one difference that unites the society into 2 classes is economical. The working masses for example, sells their labour to gain wages. While capitalist owns the workers by giving them minimum wage. This is an oppresive relationship that has seldom been talked about in the parliament; despite the working masses populates 99% of human society. Hence I support the quota, but my support is not straightforward. It is not enough, we need more representation from the working class and the poor minorities. This, however can only be done by changing the structure of the government to a more democratic and controlled by the working masses. The government should campaign for the working masses to unionize, and reintroduce local council election. These are few huge steps that benefits not only women but the diverse working masses as well.”

Recent law graduate Nathalie Kee said: “This quota will allow some young women to see themselves in their leaders a little better. This is not to say that women can only relate to women - I believe that every person can relate to many different kinds of people, which is what makes each of us more than our gender and strengthens our individual humanity. However, in a society where gender roles are a central element, there will still be little girls and boys that will subconsciously recognize what is the norm and what is not. I want women in power to be the norm. As of today, it is not. Many people, young women included, do not realize the double standards they place on women. When a woman enters politics, her capacity to reason and make decisions is not a focal point and this is evidenced by what goes viral on social media. Many Malaysians - consciously or unconsciously - are prejudiced against the idea of women having the same capacity to grow like men do,”

“It is these double standards that influence how people choose their leaders - since we live in a democracy and precisely why women are underrepresented in the first place. The only way we can get a truly meritorious election of leaders is once we eliminate or minimize sexism in Malaysian society. However, in order to prove to people that women make good political leaders, capable women have to be given that opportunity first, which they are not because of sexism. This is a Catch-22 situation; imagine trying to apply for jobs as a fresh graduate with zero experience when all jobs require a minimum of two years’ experience. Once again, I want to reiterate that there are plenty of highly-qualified and experienced women to choose from. And that should in itself be a reason to justify the existence of the quota,” she said further.