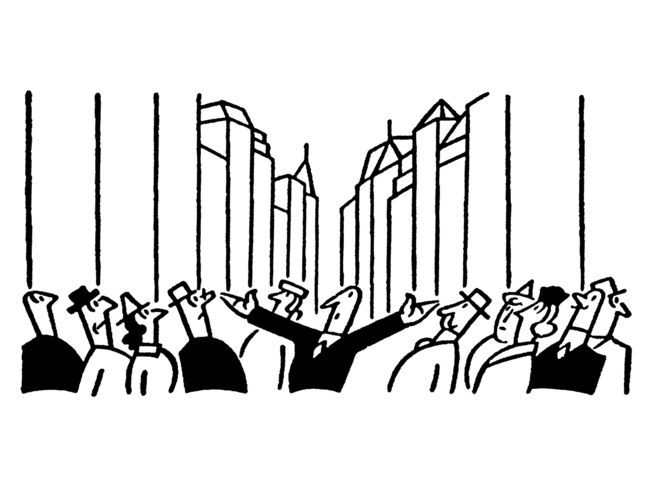 Back when Donald Trump was a Presidential candidate, he said, “I think Islam hates us,” and called for a “total and complete shutdown of Muslims entering the United States.” The realities of office reined him in somewhat, and in January of 2017 he signed an order to block the entry of people from only select Muslim-majority countries. (The Supreme Court upheld the policy last month.) What bothers Katherine Merriman, a Ph.D. candidate in Islamic studies at the University of North Carolina at Chapel Hill, is that Trump misses the fact that Islam is already part of America’s history. For the past four years, Merriman has been giving Muslim-history tours of Trump’s home town, focussing on Harlem. “There are roughly three hundred mosques in New York City,” she said the other day. “New York is one of the most, if not the most, diverse Muslim cities in the world. There is no such thing as a ‘Muslim world’ somewhere else.”

Merriman was raised Irish Catholic, in Westchester, and often visited Washington Heights, where her father grew up. She became interested in Islam after 9/11, when she started taking philosophy and religion classes in college. The tours began in 2014, when a friend asked her to speak with a group of visiting college students, members of the Ismaili branch of Islam. Merriman had been researching the African-American Muslim diaspora, and she riffled through her notes. “A map appeared before me,” she recalled. She took the students around Harlem, and eventually created a Facebook event page, called Muslim History Tour NYC. In three days, she received more than three hundred R.S.V.P.s.

Merriman’s free tours happen about five times a year, whenever she can fly up from North Carolina. On a recent windy Sunday morning, about fifteen people assembled near the Adam Clayton Powell, Jr., State Office Building, on 125th Street. They came from Harlem, Crown Heights, and Philadelphia. Trevor Stevens, a high-school physics teacher, chatted with Marco Ramirez, an academic, about another tour, a literary crawl through the West Village. “I heard there’s one in midtown, too,” Ramirez said.

“There were writers in midtown?” Stevens asked.

Merriman started off by telling the group about the first Muslims in New York, who arrived in the sixteen-hundreds, as slaves. More came as immigrants. “One of the first registered mosques in New York was started in 1907, in Williamsburg, by Muslim Lithuanians, Russians, and Poles,” she said. “Before the hipsters came, it was the Eastern Europeans.” Turning to the office building behind her, Merriman explained that it was the former site of the African National Memorial Bookstore, where a young Malcolm X read about Africa and the Middle East. Pulling out a pair of portable speakers, she played an interview with the bookstore’s founder, Lewis Michaux, in which he declared, “This country can’t stand truth!”

Merriman pointed out the elaborate lettering on the nearby Alhambra Ballroom, built in 1905, before leading the way to the Nation of Islam’s Muhammad Mosque No. 7, on 127th Street. She bought a copy of the group’s newspaper, the Final Call, from two men wearing bow ties. “The Nation of Islam says that, in the nineteen-sixties, six hundred thousand issues of its newspapers were sold every week,” she shouted above the wind. “These newspapers were a way for people to get international news.”