By Umber Khairi for TNS

A meeting with GBC students provides food for thought 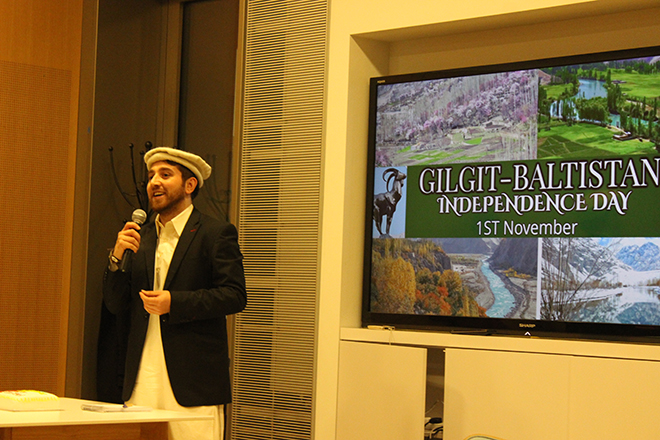 Last week, I met some young Pakistani students in London. They were celebrating a sort of Independence Day: November 1. The day Gilgit-Baltistan gained its freedom from Dogra rule in 1947. I say ‘sort of independence’ because just 16 days later GB had joined Pakistan — again ‘sort of joined’ Pakistan, because to this day their actual status remains ambiguous in many matters.

The group that hosted this get-together was GBC students. GBC refers to ‘Gilgit Baltistan Chitral’, and as they explained they much preferred this label to the broader identifier of ‘northern areas’.

I was at this celebration with a number of journalist colleagues, who had all attended the Saath Future of Pakistan conference a few days earlier, where the joint declaration had focused on the need for the country to be more tolerant and pluralistic, so the GBC student event was certainly educational for all of us.

What many of us (quite senior) journalists discovered was how ignorant we really were about the GBC area; how little we actually knew of the people and their culture. Our young student friends patiently and charmingly answered all our questions and some of them also read out papers or spoke extempore. The linguistic diversity of the region was one topic that was particularly interesting and about which there were quite a few questions.

A delightful recital of traditional poetry, music and dancing followed the discussion.

Although the GBC students were keen to highlight the linguistic and cultural diversity of their region, they also stressed that this was part of their general efforts to project a positive image of Pakistan abroad. They emphasised that their aspiration was ‘full constitutional status’ (it is an ‘administrative unit’), and they did not subscribe to the separatist views of some GB groups.

The warmth and hospitality of these young people was heartwarming, and I was particularly impressed by how very articulate they were and how motivated they appeared.

But why are so many Pakistanis so ignorant about the peoples and traditions of their own country? Part of it is of course the existence of a monolithic state narrative that links identity to Arabia and does this at the expense of regional variation and local tradition. But another factor is the wilful ignorance of the urban and bureaucratic class of the country. And because so many groups in Pakistan have a ‘sort of’ status, a sense of inequality is inevitable. GB is more thorny because of the disputed territory history and its link to the Kashmir issue, but the case of Fata and the grievances of several minorities are more straightforward.

The warmth and hospitality of these young people was heartwarming, and I was particularly impressed by how very articulate they were and how motivated they appeared.

Ignorance of each other’s cultures and traditions can be combated in various ways, but this needs to be a clear and concerted effort. A journalist colleague suggested to the GBC group that they start something along the lines of the People’s Archive of Rural India (PARI) in which locals work to document their culture and traditions themselves and build up a ‘people’s archive’.

I was also reminded of an idea articulated by a columnist-bureaucrat friend many years ago: he suggested that the culture ministry initiate a project of regional restaurants in cities. This would introduce people to not just the cuisine of various provinces and areas, but also (through the vibe and decor of the eatery) to the language and culture.

Whatever the way, one thing is clear — we need to talk more and be more appreciative of diversity, regard it as something that can unite rather than divide.