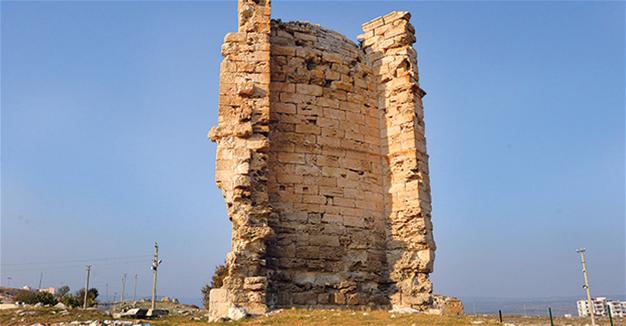 Works have been initiated by Istanbul University in the ancient field of Aya Tekla, one of the oldest centers of Christianity.

The university will carry out a surface survey at the ancient site, located in the southern province of Mersin’s Silifke district.

During 10 days of work, a research group consisting of academics and post-graduate students will measure and photograph a cistern structure for the first time. They will also work on two other cisterns that were discovered in previous years.

The head of the research team, Umut Almaç, said their work would reveal the problems in protection and bring proposals for solutions to current issues.

“The data we obtain from this work will be reported to the ministry. We also plan to present a report during the 39th International Excavation Research and Archeometry Symposium in May 2017. We are seeking sponsors in order to have more people in the research team,” Almaç said.

Situated four kilometers from the Silifke center, the ancient site of Aya Tekla is known as one of the oldest and most important centers for Christianity. Tecla was a saint of the early Christian church and a follower of Paul the Apostle, himself from the nearby town of Tarsus, which has retained the same name since antiquity.

The cave where Tecla lived became a secret pilgrimage site for Christians until 312 A.D. when Christianity was legalized in the Roman Empire. The cave was then turned into a church in the fourth century. The church and other buildings around such as the cistern and the ruins of city walls have drawn attention from tourists.