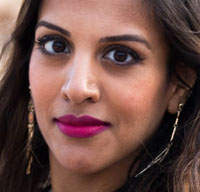 The Supreme Court of India is very close to deciding a ban on Female Genital Cutting (FGC) or khatna, and I couldn’t be happier. As a survivor of FGC myself (I live in Bahrain but had khatna done to me in a shady house in Hyderabad, India), I want to see this practice legally banned.

The Supreme Court observed it goes against the Constitution of India to make any changes to a young girl’s private part. In my opinion, Female Genital Cutting goes against not only the Constitution, but child rights and human rights as well. The argument by pro-khatna Bohras against this is always “religious freedom”, as is evident in the name of the group at the forefront of defending khatna: the Dawoodi Bohra Women for Religious Freedom.

I really hope that the Supreme Court rules to have this practice declared illegal once and for all so Bohra moms stop bringing their daughters from all over the world to get a part of their anatomy removed for no reason.

But what scares me is that even if it gets banned, the practice may go underground and still continue. A few members of the Bohra community who are pro-khatna (and the Syedna, the leader of the community) vehemently defend the practice, saying that it’s their right to do it, and that parents don’t need the consent of a 7-year-old girl child to make non-medical changes to her clitoris. They also claim that the procedure is done for “taharat” or “religious purity”. There was even a document circulated on WhatsApp recently, called “Female Circumcision, as practiced by the Dawoodi Bohras: Understand it, before condemning it!”.

The document is structured like an FAQ, listing all the arguments against FGC and countering them with their supposedly good and right reasons in favour of this practice.

This document claims that the Bohra form of FGC is not the same as Female Genital Mutilation (FGM), and that khatna does not cause any physical harm, trauma or even pain. This claim ignores all the personal stories of women who have said that it caused harm, long-lasting trauma, and terrible pain to them (including myself). The authors of the document also state that the World Health Organization (WHO)  has “over-reached” in including Bohra khatna in their classification of FGM. Do they think they are smarter than the World Health Organization?

They also compare nose and ear piercings to FGC. The document claims:

“Nose & ear piercings, a very popular practice world over, is commonly performed on small girls for non-medical purposes. Nose & ear piercings are painful and cause a publicly visible & permanent change on the human body. Yet they are considered perfectly acceptable. On the other hand, female circumcision, which is a mild & harmless practice causing no visible change, is considered to be a human rights violation!”