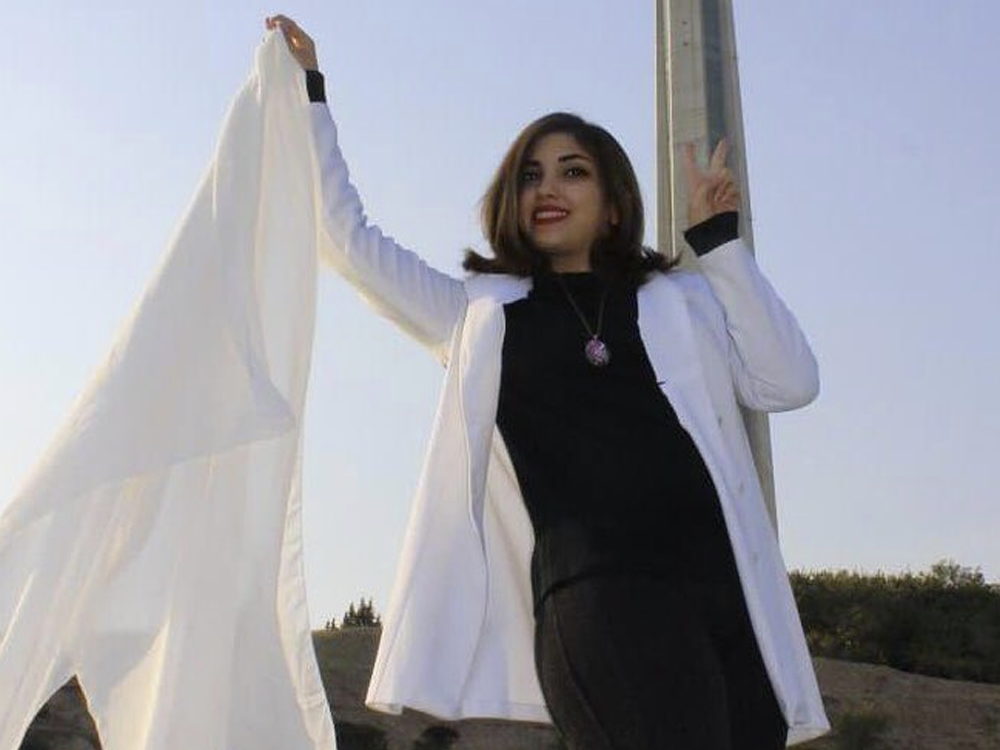 March 8 is International Women’s Day, the day we should be talking about women fighting for their rights around the world. From Iran to India, there are some big fights underway.

In Saudi Arabia, women are battling their country’s archaic guardianship laws that deny women the basic freedoms we in the West take for granted, such as travelling overseas, going to work and leaving the house as we please. With no public outlet to raise their voices, Saudi women have turned to social media with the hashtag #StopEnslavingSaudiWomen. In Jaipur, India, Muslim women are this week marching against the unfair treatment they receive under Shariah divorce laws.

And the fight closest to my heart is that of women in Iran protesting laws that make wearing the hijab mandatory.

In recent months we’ve seen a handful of brave women take off their hijabs in the streets of Iran to assert their identity and call for freedom of expression — a crime in that country since 1979. These women are hunted by the Basij, Iran’s force of religious watchmen and women who police morality and suppress opposition on behalf of the powerful Islamic Revolutionary Guard.

Reports have circulated that 29 of the protesting women have been arrested; some are still in custody. According to Amnesty International, a number of these women are facing charges of “inciting corruption and prostitution” and face 10 years in prison. But this hasn’t deterred their sisters. Dozens more Iranian women are waving their headscarves in public marking “White Wednesday” each week.

"I was forced to wear a hijab. This was in Canada and it was my family that forced me, not the government."

Like the many millions of women in Iran, I was forced to wear a hijab. This was in Canada and it was my family that forced me, not the government. Rather than threats of arrest or “re-education” for being seen in public without a veil, my family threatened me with violence. My mother threatened to kill me when she saw me without my hijab. Mine is not a unique experience. In Ontario, Aqsa Parvez’s family succeeded in killing her for not wearing the hijab. All around the world women are socially ostracized, fined, imprisoned, raped and murdered because they fight against wearing the hijab.

I was forced into a hijab from age nine and traded it up for a niqab at 19. It took me many years to realize just how much of my identity it had stripped away. The niqab covered every inch of me including my face and hands. It robbed me of every sense: my sense of sight was shrouded by a thin veil of black, my sense of hearing was muffled by layers of cloth, my sense of smell was impaired, the gloves impeded my sense of touch — it was a personal sensory-deprivation chamber.

I fought to escape that world. I risked my life and that of my daughter to be free. Imagine my surprise now to find Western celebrities, companies and social justice warriors fetishizing the hijab. I imagine the women of Iran would be as shocked as I am to see the hijab airbrushed in advertisements, in magazines, and even on Barbie. They would likely feel betrayed seeing the hijab on posters for a women’s rights march, considering they marched against the hijab in Iran in 1979. Now bizarrely, women in North America march for the hijab decades later.

Yasmine Mohammed is an Arab-Canadian writer and activist. She blogs at Confessions of an Ex-Muslim and runs the Free Hearts, Free Minds campaign.