By David Stanley for Dads Round Table. 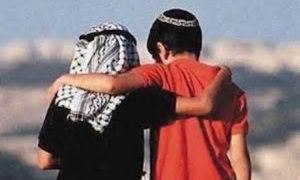 In the Muslim world, the weekend of 27 January 2017 was impressively evil. Der Drumpfenfuhrer proclaimed a travel ban on Muslims into the United States. “It’ll make America safer,” they say.

A mosque in Texas was burned to the ground hours later. “It might be a hate crime,” they say.

A mosque in Quebec City was shot up by a terrorist. A French-Canadian terrorist. 6 dead. “A lone wolf,” they say.

Our school, a private Islamic parochial school, held an assembly this morning. Our headmaster, a kind, wise, gentle, and proud Muslim man, spoke to the high school students.

“Be brave. Be aware. Do not apologize for your faith. Live as Allah would have you. Know that we are ancient faith, a faith of peace, that has weathered many storms. But be alert, and let your teachers know if you hear anything, see anything, that is a concern.”

A Jewish teacher in an Islamic school, I shared a message from the local Jewish community. “We stand side by side with our Muslim brothers and sisters. We, too, have known the hate of evil and we are committed to justice, to ensure that evil against our Muslim neighbors will not stand.”

As the students applauded that brief statement, I am proud to say I welled up.

First hour, I teach biology to juniors. My juniors are proud of their faith, aware, socially conscious in all ways, and a bit nervous.

I, too, am a bit nervous. My classroom door is always closed and locked. As I walk in and out of our building, my head is on a swivel. I am ready to go Jason Bourne in less than a moment. My brown belt in hapkido is a slight comfort.

We talked, my kids and I. They raged against the unfairness, the evil, the hate that they see every day: the names they are called, the whispers they hear. I shared the story of Kristallnacht and the story of the MS Saint Louis. The St. Louis was a German ship filled with Jews with legal travel papers desperate to flee the Third Reich; turned away in Cuba, a blockade against the ship set by the US Coast Guard as the ship was turned back to Germany. Upon their return, the passengers were herded onto trains and sent to the death camps where they were worked to death, tortured, gassed, experimented upon in grotesque and diabolical ways that we would not treat lab rats.

We discussed how to resist. How to deal with threats and violence. How to walk away. How to stand one’s ground with dignity.

As class came to an end, the kids decided they were not leaving my room.

“We claim this as a sanctuary space,” one said. “It’s warm and cozy in here and we feel safe with you.”

It’s not about Jew or Muslim or Hindu or Catholic or Methodist. It’s about being a decent human. That’s all, just decent. We can do this. #Resist