By Sultan Shahin for Daily O

The maulanas questioning SC's jurisdiction should understand that Muslims are as much subject to the Constitution as any other citizen. 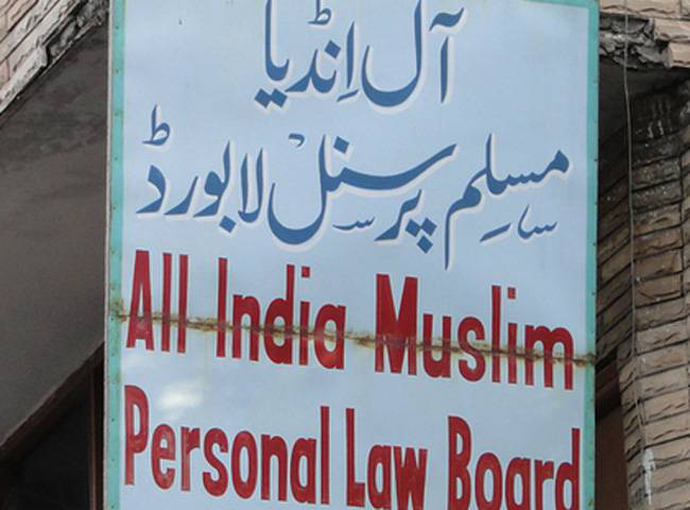 In its affidavit filed in the Supreme Court, the AIMPLB had defended the practise of triple talaq and polygamy. (Photo credit: AajTak)

Except for drinking alcohol, punishments for all other hudood crimes (mentioned in the Quran, considered crimes against God) are to be amputation, flogging and beheading.

One would have thought that at least those Muslims who are so particular about following Sharia, and, of course, all ulema call Sharia divine, then why not the entire Sharia.

Why follow only the part that helps keep women subjugated and avoid those that may lead to severe medieval punishments specified by the Quran and Hadith!

Triple talaq or instant divorce is one of the evils emanating from the personal laws instituted for Muslims by the British.

After Independence from the British, a united Pakistan had refused to accept the Anglo-Mohammedan law and reformed its personal law in 1961.

These reforms have passed the test of time. Pakistan has since gone through much upheaval, including an era of Nizam-e-Mustafa under general Zia-ul-Haq, in which even traditional pre-Islamic forms of punishment like whips and lashes and public flogging were practised for hudood violations.

So what progressive Muslims in India should be and indeed have been demanding for long is reforms in Muslim personal law itself.

But perhaps we should also be demanding that those who claim to believe in the divinity of Sharia should be punished in medieval hudood ways.

If the government cannot reform Muslim Personal Laws, out of deference for ulema's views, it can at least extend hudood punishments to them.

Reform of Muslim personal law is urgent. A demand for this has been made for decades.

This is inevitably opposed and equally inevitably exposes the two-facedness of Islamic fundamentalists.

India should not tolerate these archaic and un-Islamic personal laws. But, to my mind, the most important benefit is the opening up of a theological debate within the community. This has already started to a certain extent.

Reacting to Dr Tahir Mahmood's recent call for reform, AIMPLB's Maulana Rahmani made a dangerous and subversive statement: "This issue is not related to the laws of the country but it is an issue related to fatwa. Hence this issue should be dealt with by reliable scholars of Islamic jurisdiction."

The maulanas questioning the Supreme Court's jurisdiction should understand that Muslims are as much subject to the Indian Constitution and its interpretation by the Supreme Court as any other citizen.

Muslim personal law is a part of the Constitution and the Supreme Court has every right to interpret it. Progressive Muslims are not committing a sin by encouraging the courts to intervene in the matter.

It is the right and duty of the courts to look after the welfare of the citizens in accordance with the Constitution.

The most important outcome of this debate, however, is that it is breaching the complete stagnation in Islamic theological thinking.

This is essential to replace the current theology of violence, exclusivism, xenophobia and intolerance with a new Islamic theology of peace, coexistence, inclusiveness, pluralism and gender equality.