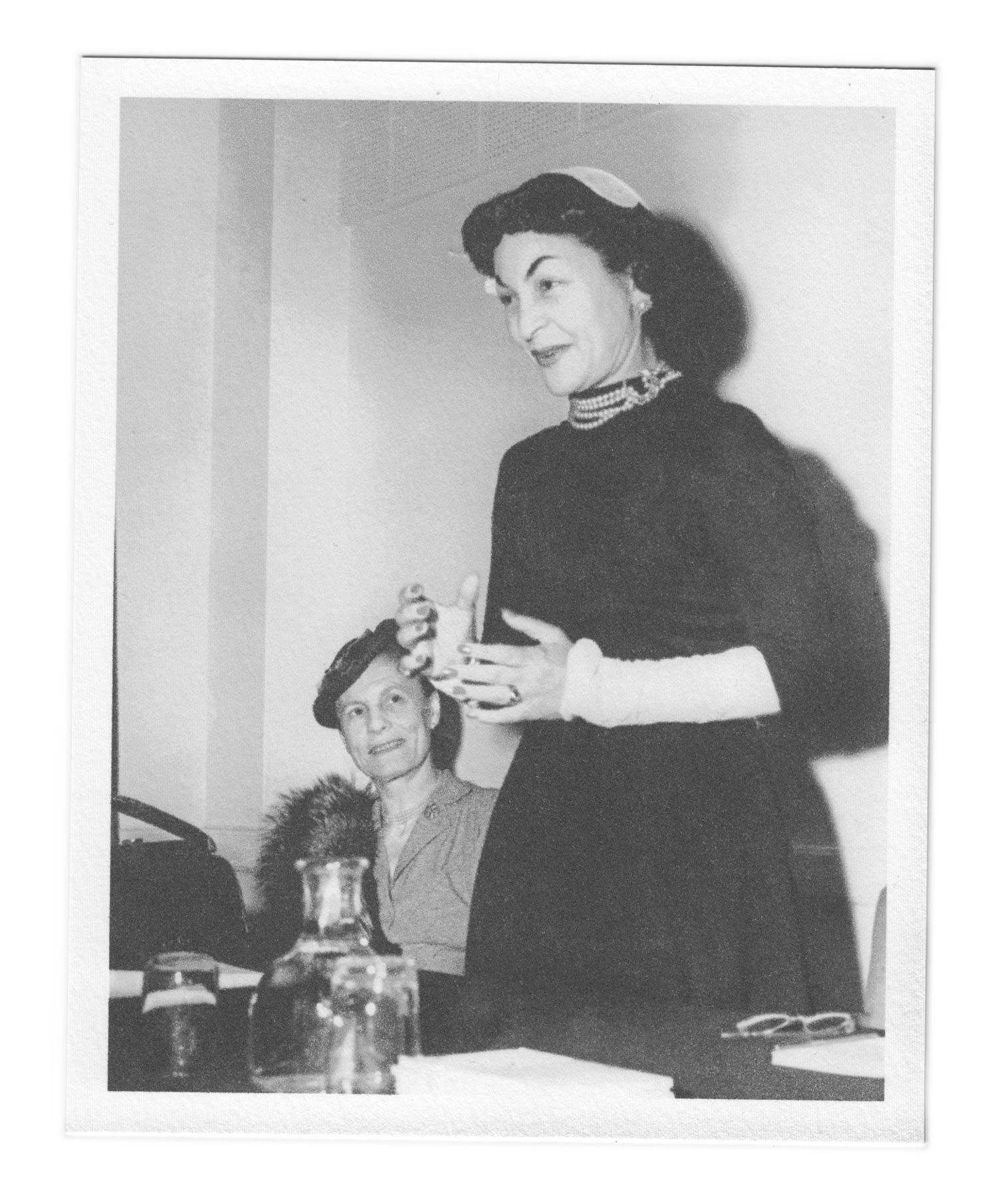 By age 32, Doria Shafik had earned a doctorate in philosophy from the Sorbonne, competed in the Miss Egypt contest, published essays and poetry in Arabic and French, founded an Egyptian feminist organization and took on the editorship of two feminist magazines.

But it was what she did on Feb. 19, 1951, that had the biggest impact on Egyptian history.

She convened a crowd of 1,500 women at a lecture hall at the American University of Cairo for what she billed “a feminist congress.” But that was a just ruse to fool the police. Shafik had other plans.

“Our meeting today is not a congress but a parliament,” she said. “A true one! That of women.”

Moments later, she led her army of women as they stormed through the marble gates and onto the floor of Egypt’s all-male parliament — “the parliament of the other half of the nation,” she called it that day.

“We are here by the force of our right,” Shafik told a parliamentary leader who tried in vain to stop them.

Her demonstrators shut down the legislature for more than four hours, until the president of its upper chamber pledged to take up their key demands: the right of women to vote and to hold office. (He did not address their other demands, for pay equity and reforms to the marriage and divorce laws.)

The demonstration helped earn Shafik a place among the most influential women in the history of the Arab world. Yet many Egyptians today have never heard her name.

Just six years later, in 1957, she denounced the “dictatorship” of Gamal Abdel Nasser, who then put her under house arrest, shut down her magazine and movement, and erased any mention of her from history books and the news media.

Banished from the public stage, Shafik died in obscurity on Sept. 20, 1975. She threw herself from a sixth-floor balcony. Her memory has been preserved mainly by a handful of Egyptian feminists who have sought, with mixed success, to rebuild an independent feminist movement.

Shafik was born on Dec. 14, 1908. Her father, Ahmad Chafik, was a civil servant whose jobs moved the family among the Nile Delta towns of Tanta, Mansoura and Alexandria, while her mother, Ratiba Nassif, kept house.

After graduating from an elementary school run by French missionaries in Alexandria, Doria Shafik found that further education there was open only to boys. So she studied on her own and completed the official French curricular exams ahead of schedule; the teachers who shut her out were forced to acknowledge that she had earned among the top scores in Egypt.

On the strength of that performance, she appealed for help from Huda el-Shaarawi, an aristocrat who had organized elite women to form the Egyptian Feminist Union, which sought social freedoms for women and supported independence from Britain. Unlike Shafik, Shaarawi never pushed for political rights for women and is still celebrated as a national hero.

Shaarawi used her status to help elevate Shafik into government scholarship and to study philosophy at the Sorbonne in Paris.

Returning to Alexandria for the summer of 1935, Shafik saw that a beauty pageant was taking place to select a Miss Egypt. Teachers of Islam extolled the virtue of modesty, including the full covering of women’s bodies and hair, and only women of European or Coptic Christian heritage had ever entered the contest — never a Muslim like Shafik. She saw that as an opportunity.