By Faizan Lakhani for Geo TV 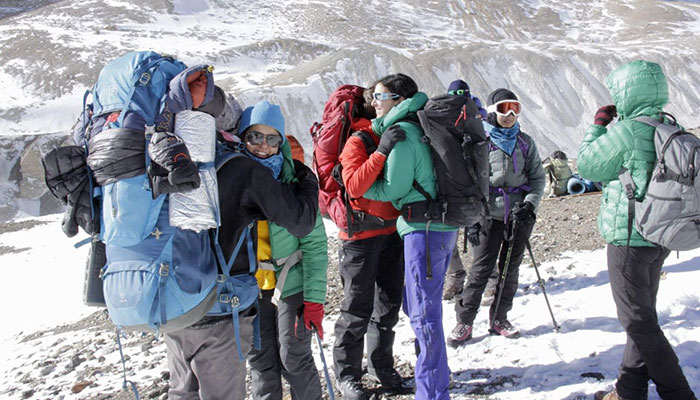 KARACHI: Setting their eyes on creating history by attempting climbing Mount Everest next year, Pakistan’s national women expedition team has been formed which will also climb 7478-meter Passu Peak this year, under the leadership of ace mountaineer Samina Baig.

Talking exclusively to geo.tv on Sunday, Samina revealed the plans of creating history by attempting to climb Mount Everest by Pakistan’s women expedition team in August 2018.

“We are going to attempt Everest next year and this year we’ll climb Passu peak, which would be the first time by Pakistan’s women expedition team to climb a peak of more than 7,000 meters. Attempting Passu peak is also part of our training ahead of attempt to Everest,” Samina said.

“There are total of six girls participating in the upcoming expedition. One from each, Sindh, Punjab, Baluchistan, KPK, AJK and Gilgit-Baltistan. Two extra slots are open for women interested to join the historic expedition. Pakistan women expedition is first of its kind in Pakistan outdoor and mountaineering history, there has been no such mountaineering expedition undertaking in the past to 7000m peaks by a women team,” she added.

The other mountaineers with Samina in this expedition are Sadaf Riaz, Komal Uzair, Afia Younus and Bismah Hassan. The expedition will take place in summer from 15th July to 15th August.

Samina, the only Pakistani woman to climb Mount Everest, said that she – along with her team – want to prove that there is nothing Pakistan women can’t do.

“With this expedition, we are aiming to create enough noise to send a strong global message of women empowerment, gender equality and to showcase the positive side of Pakistan,” she added.

Samina’s brother Mirza Ali told geo.tv that this is the first time in Pakistan mountaineering history a national women expedition team is going to attempt a 7000m Peak “Passu Peak 7478m” in the Karakorum, Mustagh region in Hunza. 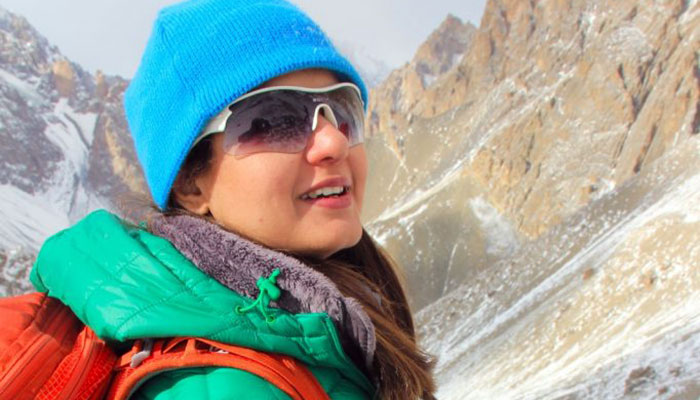 “There has been no such mountaineering expedition undertaking in the past and that makes it a very unique and historic one. The mountain demands a strenuous climb and only a few expeditions have attempted the peak before,” he said.

Komal Uzair, member of Pakistan national women expedition team and an ambitious mountaineer said that she’s looking forward to climbing Passu and then Everest adding that she want to be among the women who have challenged unconventional in Pakistan.

“My excitement can't be contained, it's not every day that you get an opportunity to climb alongside the people you have aspired to be like to the peaks you have only dreamed to be at one day. And especially representing Pakistan and Pakistani women makes it even more special,” said Komal Uzair

“Samina Baig's Everest Summit gave me hope that it's never too late for me to be who I might have been. I want to inspire girls the same way, I want someone to look at me and say, because of you I didn't give up. We want to inspire other women like us, and we are going to do that one vertical step at a time,” said highly motivated Komal when asked why she opted for mountaineering.

Earlier this year, the first national women winter expedition was organised to a previously unclimbed 5,700m peak in Shimshal Gojrev Valley - now known as ‘Mount Winter’ to mark its significance of first ever summit in the winters.