By Haroon Khalid for Scroll.in 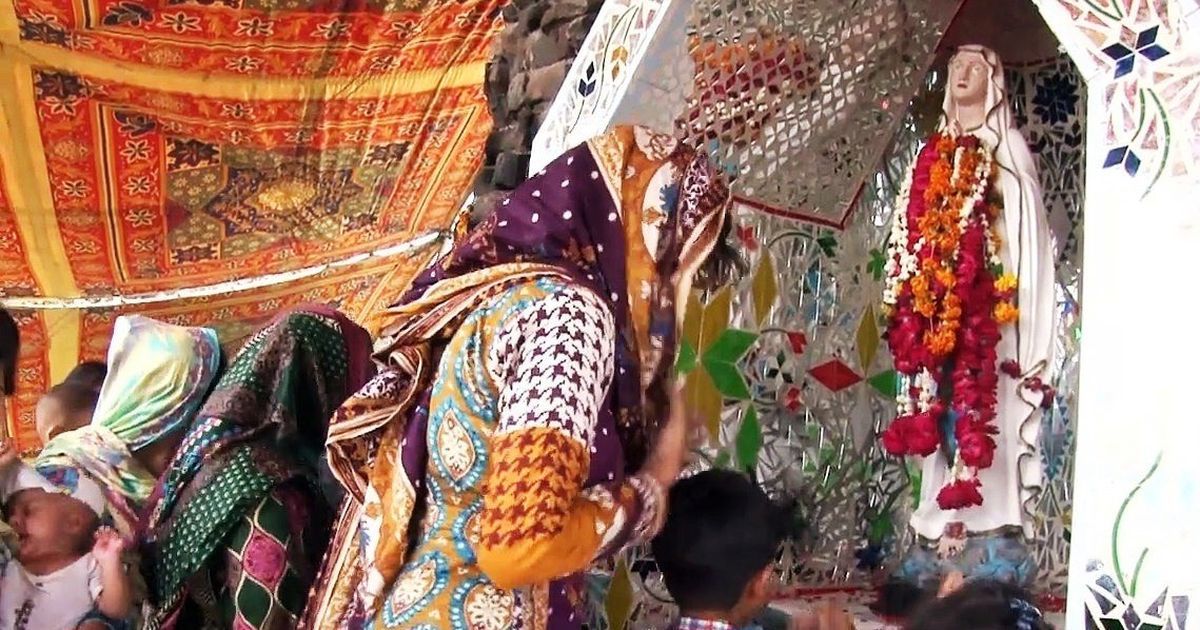 Many of these places of worship have developed a unique relationship with their geographical surroundings.

At least once a month I drive down to Lahore from Islamabad using the Motorway. Just before the Jhelum River, as the Salt Range and Potohar Plateau gradually merge into the plane of Punjab, I always a notice a small isolated shrine located on the top of a hill. A flag swaying atop the shrine testifies that pilgrims still visit it.

Scattered all over the Potohar Plateau, there are several such Sufi shrines on the top of hills, to which pilgrims are expected to hike. The difficulty of the journey is part of the spiritual process. The tradition is similar to other religious pilgrimages in the region. A little north from here is the historical temple complex called Tilla Jogian, a pilgrimage site for jogis in Punjab, abandoned at the time of Partition. There is still no path that leads to the top. Visitors to the site are expected to climb the mountain as pilgrims once did. Further North, deep within the Hazara territory is the shrine of the Muslim Sufi saint Wali Qandhari, who had a confrontation with Guru Nanak and was humbled. The Gurdwara Panja Sahib, at the base of the mountain, atop which is the shrine of Wali Qandhari commemorates this interaction. Every day, dozens of pilgrims climb this steep mountain, a trek of about two hours to pay homage to the Sufi saint. Before the technology of pumps, pilgrims used to carry water pots to the top for other pilgrims, as a religious duty.

“The shrine is called Khara Peer,” said my driver, as he noticed me observing the shrine’s silhouette on the top of the mountain on one of these trips. A young man, my driver belongs to a small village not far from here. Not inclined towards institutional religion he is particularly attracted to Sufi shrines, referred to as folk religion by academics, where the freedom allotted to its devotees is more aligned with his rebellious nature. I wasn’t surprised. This entire mountain range, known as Salt Range, is one of the largest depositories of rock salt in the world. Khara in Punjabi means salty. The shrine was attuned with its geographical surroundings.

This is a particular feature of small Sufi shrines. Just a few kilometers from here, in the small town of Kalar Kahar, atop another mountain is the shrine of Mooranwali Sarkar (master of the peacocks). At the time of sunrise, when the tourist rush at the shrine is at its lowest, dozens of peacocks waltz around the courtyard of the shrine that overlooks the natural lake, around which the town of Kalar Kahar is populated. A handful of devotees offer them food and seek their blessings, regarding them to be the loyal pets of the saint interred here. Till a few years ago, before the construction of Motorway brought along an influx of tourists, peacocks would strut around the shrine all day along. With the arrival of tourists and their irreverent fascination with the peacocks their number decreased here. Surrounded by a dense jungle there were once numerous peacocks in this region, who used to be frequently seen all over the town. However with the expansion of human settlements, their numbers decreased dramatically. The shrine of the peacocks at Kalar Kahar too highlights the fact that such folk religious traditions adopted local geographical features into their devotional framework. It represents the unique relationship that these shrines developed with their surroundings.

Connected by a cable wire, there is another Sufi shrine on the top of a neighboring hill. It is a modest structure, less visited by tourists. A plaque on one of the walls of the shrine identified it as Rori Peer. “There is nothing but rori here and this shrine,” said a lone devotee sitting here.

On bank of river Chenab is the village of Takht Hazara, believed to be the home of the legendary folk hero of Punjab, Ranjha. In the surroundings of this village is a settlement of a few houses referred to as Apal Moori. The fame of this settlement comes from the massive banyan tree that stands next to it. It is an enormous structure, a forest within itself, with its branches disappearing into the ground and emerging anew. There is no main trunk of the tree but several of them. At the centre of the tree is the grave of a Sufi saint regarded to be sacred by the locals and people of the surrounding areas. While the grave becomes the object of veneration, it is nothing but a symbol of the worship of this massive banyan tree, sacred in almost all of the religious traditions of South Asia, including folk Islam. The grave is an indirect way of worshipping the sacred geography, much like most of these shrines.

Combined, these folk religious traditions serve as an important symbol. One of the oft-repeated accusations of the Right-wing Hindu nationalists against Islam has been its foreignness in the Indian peninsula. Even 1,300 years after the arrival of this religion into the region it is asserted that it does not belong here. Such a criticism lacks an understanding of the cultural development of the religion in India. As it reached the peripheral towns and villages of India, it was adopted, owned and indigenised. It is these folk religious shrines mentioned above that emerged out of this process, all of them deeply linked with their geographical surroundings.

In fact it is not just Islam, but Christianity that also underwent a similar process. About a 100-odd kilometers from Lahore is the small town of Maryamabad developed around the shrine of Mother Mary. A little before Partition, a couple of local Christian men saw the figure of Mother Mary appear here. A small shrine was constructed at the spot. In the 1980s a few children saw an image of Mary once again. As the story of these sightings spread to other parts of the country, the number of pilgrims to the shrine increased. Since then many saints have been reported to be sighted here. Much like folk Islam that used the geography of the region to evoke spirituality, folk Christianity too, represented by this shrine, found an actual geographical legitimatisation, as a counter to Christianity or Islam being foreign to this land. A statue of Mother Mary was raised on a small mound here and a shrine constructed around it.

Haroon Khalid is the author of the books Walking with Nanak, In Search of Shiva and A White Trail.