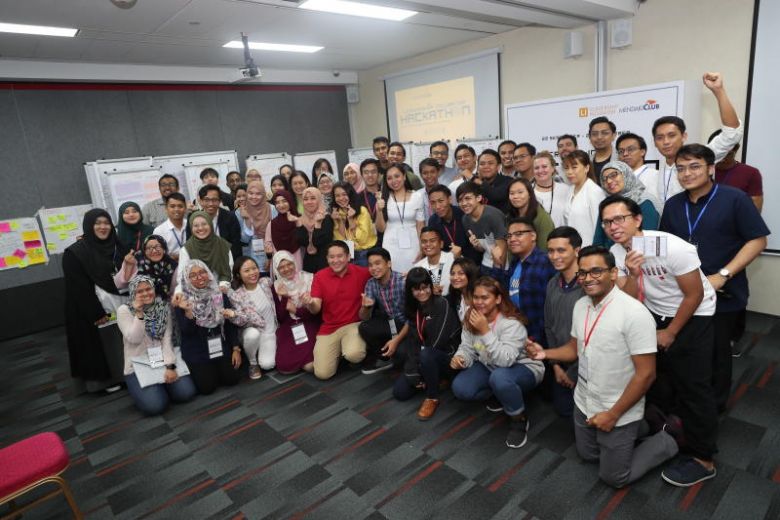 How can we get traditional Malay-Muslim Singaporeans to look at mental illness as a medical condition, rather than a religious issue?

That was one of the challenges issued to 62 students and young professionals in a 30-hour hackathon that ended on Sunday (Sept 23) at the ACC EduHub in Somerset.

The hackathon, which began on Saturday, was part of the eighth Leadership Incubator programme organised by Mendaki Club, an affiliate of the Malay-Muslim self-help group Yayasan Mendaki.

Participants were given 30 hours to come up with solutions to real-life challenges in the areas of enterprise, socio-religious issues, youth and health, issued by eight project partners such as the Islamic Religious Council of Singapore (Muis) and inter-religious non-profit group Roses of Peace.

Among the participants were four students from the Institute of Technical Education (ITE) College East, who partnered Club Heal, a charity which offers rehabilitation and counselling services to those with mental illnesses.

They eventually emerged as the top group in the hackathon and received a cash prize of $5,000 from Mendaki Club, after all the groups pitched their ideas to a panel of five judges on Sunday afternoon.

They produced a humorous short film about a Malay-Muslim man diagnosed with paranoia, to reach out to young people and get them to look at mental illness from a medical perspective rather than a religious one.

In the film, the man's wife initially asks a shaman to cure him, but eventually realises she has to seek professional medical help.