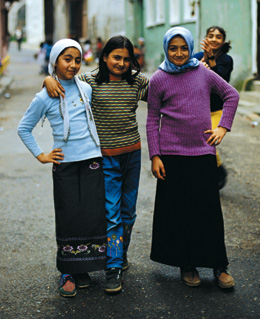 “If you’re a feminist in Southeast Asia, more likely you are a Western feminist.” That was the remark of Eddin Khoo, poet, translator and journalist from Malaysia, during the Asean Young Women Leadership Conference held in Kuala Lumpur late last year. Now that we already have one vision, one identity and one community as Asean, this should be changed. But who and what will bring about this change?

Southeast Asia is a region where women all the way from Buddhist Burma (Myanmar) to Catholic Philippines up to Islamic Indonesia traditionally dominate the social spheres of the community. Southeast Asian feminism historically gave favorable position to women compared to other countries in West, East and South Asia. In other regions, for example, Islam gives lesser importance to women by excluding them from various decision-making processes. However, when adopted in Southeast Asian cultures, it mixes with the matriarchal traditions in the region and becomes indigenized. Consequently, the majority of Muslim women here have rights (e.g., access to education) unimaginable to those in the region where Islam originated.

It is surprising to many that despite the plurality of cultures in the region—and these are actually cultures that oppress women in other regions—we all share a tradition of women empowerment in Southeast Asia. In the Philippines, for example, women during the precolonial times owned land and properties, and even headed a barangay in the absence of a male chieftain. The same is true for Burmese women who, in the past, owned oil wells and inherited positions such as village head. And we should not forget the fact that Thailand was the first country in Asia where women were allowed to vote.

According to some scholars, one of the reasons is that in Southeast Asia, kinship was traced both through maternal and paternal lines. Daughters were not deemed a financial burden, the way they are in India. Our indigenous customs bear traces of matriarchy, as in the case of the babaylan of the Philippines, the famous Trung sisters of Vietnam who defended their country from Chinese domination, or the women who served as fighters during the Vietnam War.

The more recent events of colonialism and world wars resulted in the inferior status of women in Southeast Asia. The influx of foreign beliefs introduced through centuries of Western colonization and its accompanying institutions and the effects of the new colonialism after World War II when women began to be hired in multinational factories and were forced to work in unfavorable settings were factors that resulted in the lowered status of women.

While it is true that theories can be imported from other nations and cultures, there are things that are too special and too specific to be adopted. Our approach to women empowerment is an example. Rather than a western type of feminism, what we need is a feminism that is rooted in our society and culture—a feminist movement that is based on kinship and matrilineal relations.

In the first place, why should we borrow from the West the practices that had been in place all along? We were enjoying our sexuality at a time when Westerners were too conscious about showing off their bodies. But this is not to say that women issues are region-specific. I still believe in the universality of struggles. Yes, a Southeast Asian epistemology in studying women may have cracks, but is still a good step forward.

Today, women comprise more than half of Asean’s population of over 625 million. We have common problems in varying intensities which we can solve together. But before that, we first have to do a lot of learning, unlearning, and relearning first.

Learn. Learn that double standards are not normal. We have the power over ourselves. Learn that we have similar problems with the other gender. We need not  solve this alone. Men and LGBTs can be feminists, too! Each can be a tool to liberate not only one’s own gender but also theirs.

Unlearn. We need to unlearn the practices of women subordination. We don’t have to be stuck in things left to us by our colonizers. They were gone a long time ago. Why do we need to limit ourselves to the western type of beauty, or to those who were much concerned with celebrating Southeast Asian women’s “lack of modesty and chastity”, a creation of orientalist thoughts of geishas, sing-song ladies and concubines

Relearn. Relearn the Southeast Asian tradition of women empowerment. We need not escape the social spheres that disempower us; rather, we should relearn to reclaim it and fight the institutions that prevent us from doing so.

The Philippines has been ranked No. 7 by the Global Gender Gap Index 2015. Ours is the only country in the whole of Asia to be in the Global Top 10 of such a list, along with Iceland, Norway, Finland, Sweden, Ireland, Rwanda, Switzerland, Slovenia and New Zealand.

Yes, the Philippines has had two female presidents. Compared to other nations in the region, it has better laws on how to protect its women. But women empowerment is not simply about the existence of good laws on women but also about the extent to which these are actually implemented; neither is it simply about the number of women in the government but also about the number of women who became leaders for actually fighting for women’s rights (and not just because they were daughters of a former president, politician, or some celebrity).

With a strong women’s movement here, I am inclined to say that the Philippines may just be in a good position to help strengthen women’s political participation in the region. We should take advantage of the fact that Asean has launched the “Asean Convention Against Trafficking in Persons, Especially Women and Children.” We need to come together to make sure that governments adhere to it. We can see that there is an extra effort in prioritizing one of the most vulnerable groups in Asean as we now take the path toward one community. After all, the Asean process is and should always be a collective process. It should always be inclusive.

The issue should always be a fight that encompasses all social classes. Southeast Asian feminism is collective. It’s not just about control of our bodies. Instead, it’s a fight for gender equality, which goes beyond choosing women leaders who actually came from the political elite of each society. We have a long way to go, but as a region, we surely can.