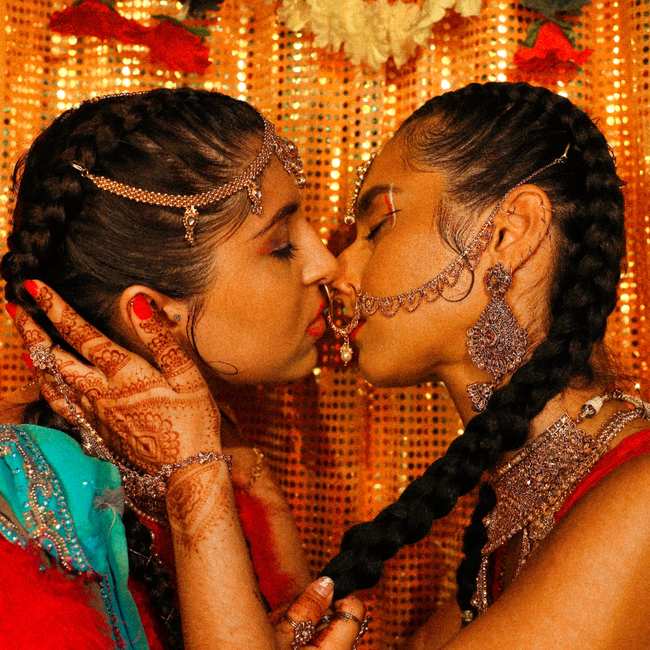 Henna collective Huq That is queering and modernizing the ancient body art.

Growing up in working class London and being Bengali, Muslim, and queer, Sabira Haque felt the weight of the prejudices pinned against her. At different stages in her life, she faced racism, sexism, classism, Islamophobia, and homophobia, causing her to feel a deep sense of fear.

“For a long time, I felt that my confidence had been knocked to the point of silence,” Haque tells VICE. Then she sought out art therapy in her early 20s, which helped her find her voice, and discovered safe spaces that introduced her to other people who had been through similar challenges.

Then, when it came time to plan her wedding a few years ago, Haque, who is now 29, looked deeper into Bengali marriage rituals and became fascinated with henna art, its application process, and rich history. She began practicing the ancient body art as a hobby, and after a year or so, decided to try it professionally.

The result is Huq That, a platform aiming to make henna more accessible by taking it outside of the traditional space. Haque is introducing London’s young creative community to the ancient art by hosting a myriad of cultural events and selling temporary tattoos. 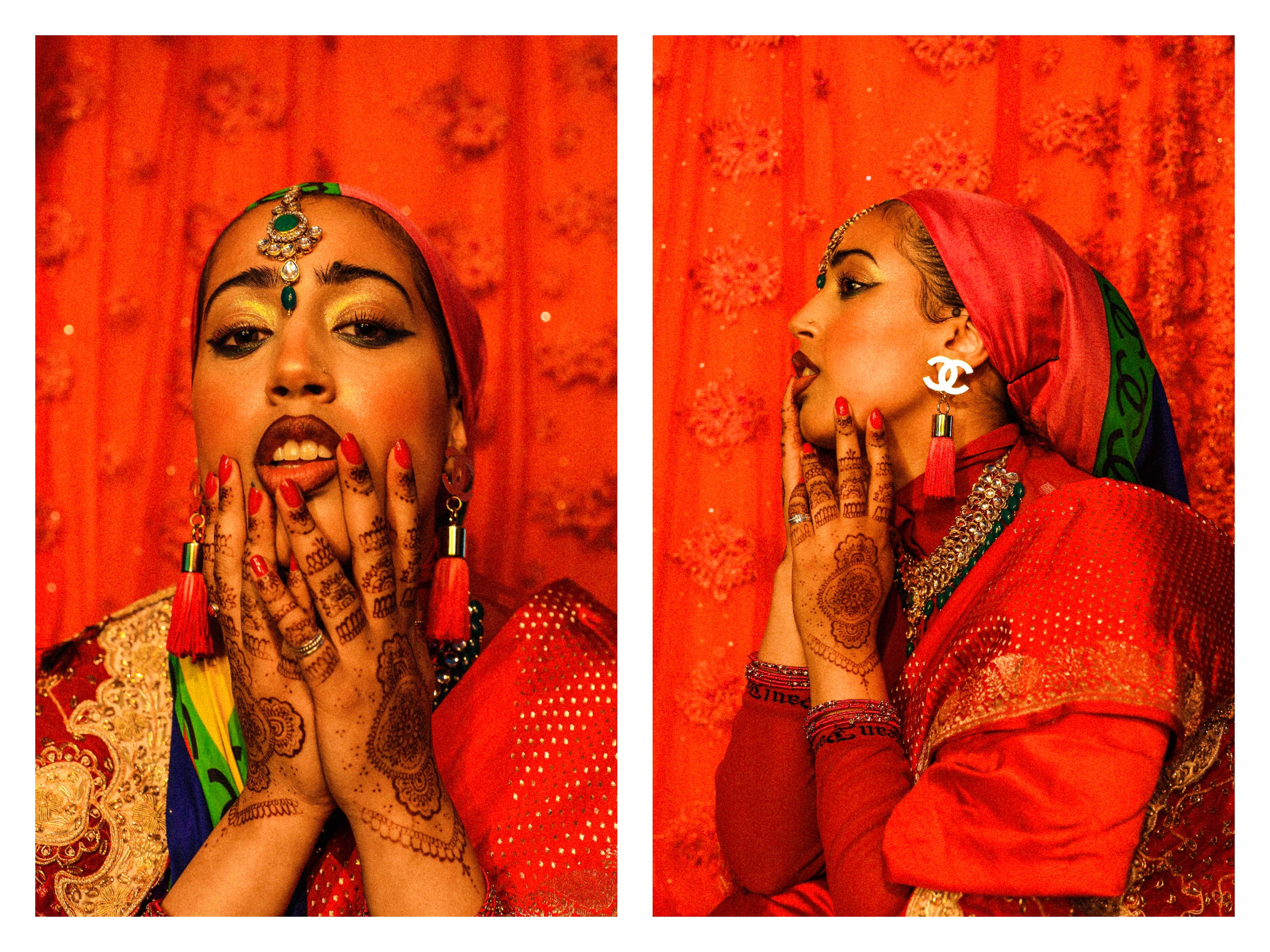 Haque picked the name for her project to reflect the fact that people have trouble articulating her last name. “I wanted to play on that pronunciation, which sounds a lot like ‘fuck,’” Haque explains. Moreover, the project was a way to express her true self—in Arabic haque means “truth” or “right.”

She decided to launch the project with a collaborative photo shoot, done by a group of mainly brown, female, and nonbinary creatives. While doing research, she discovered queer photographer Alia Romagnoli on Instagram. The half-Indian, half-Italian artist uses her camera to explore what it means to be biracial and queer, and Haque saw her own background reflected in Romagnoli’s work.

Growing up in India, Romagnoli never saw images showcasing positive depictions of queer people, due to the country’s prevalent censorship laws. After moving to London and experiencing the city’s thriving LGBTQ+ community, she found the courage to come out. Photography became a vehicle to deepen her sense of belonging, empowering her to tell the stories of other underrepresented individuals. 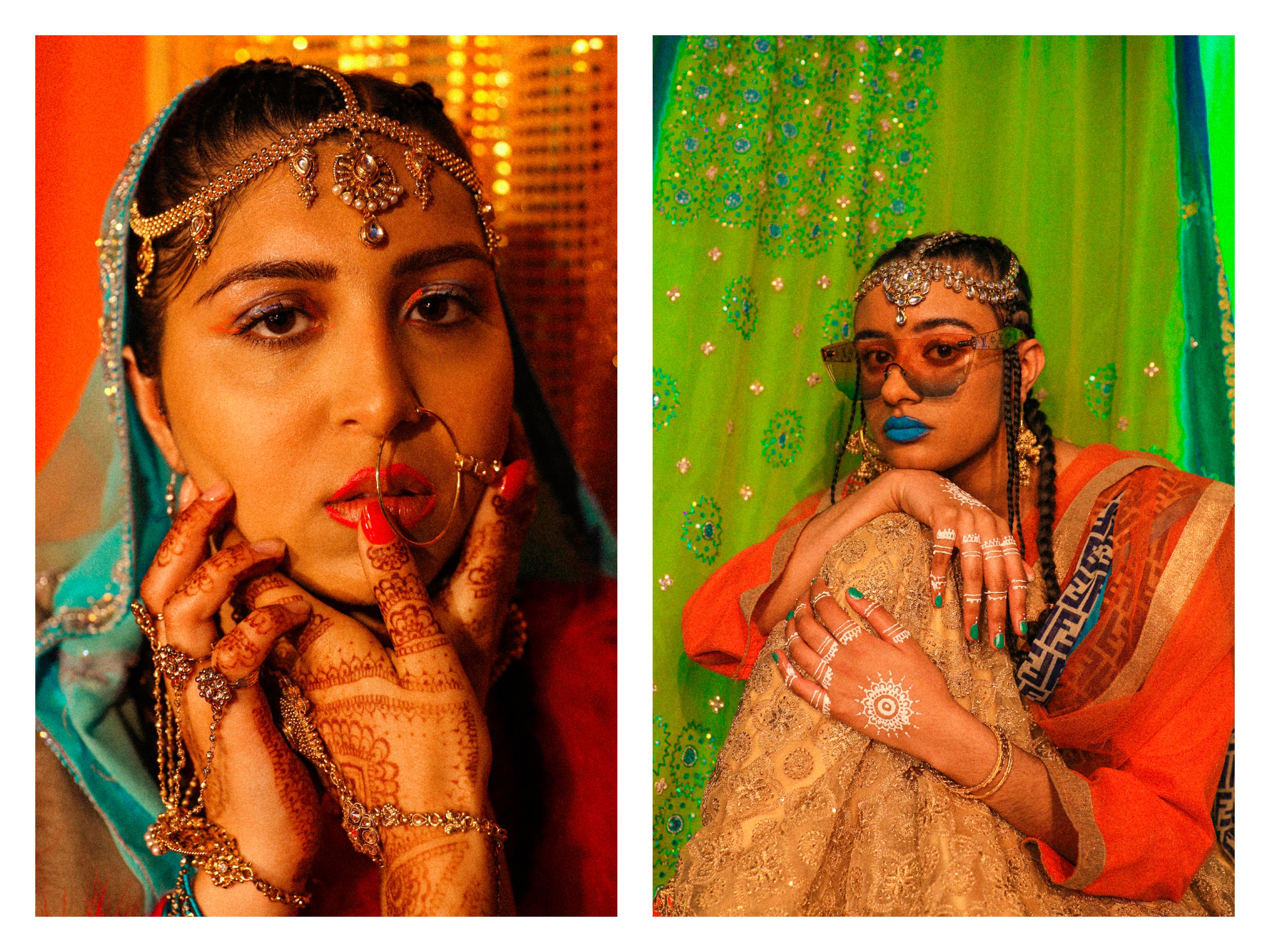 Romagnoli and Haque worked together to concept a shoot for Huq That’s launch. They wanted to portray South Asian models through a female lens; instead of sexualizing them, the artists wanted to capture something raw and tender. They also wanted to counter South Asian bridal photo shoots they’d seen growing up, which perpetuated Eurocentric, whitewashed beauty ideals.

Romagnoli drew inspiration from old Bollywood films and stills from the 1970s and 80s, incorporating tropes like cheeky poses and facial expressions. She created colorful fabric backdrops that served as thrones, drawing on images of maharanis, or queens, in Indian folk paintings. She also applied a glowy, grainy texture to the photos reminiscent of old Indian portraiture.

Haque specifically sought out models of all different sizes and skin tones, many of whom had never modeled before. Romagnoli highlighted the models’ unique looks by using different lighting to suit each skin tone. “There was something so beautiful about how the women in the images interacted with each other, each giving and absorbing positive energy and creating a world free of judgement,” Romagnoli says. 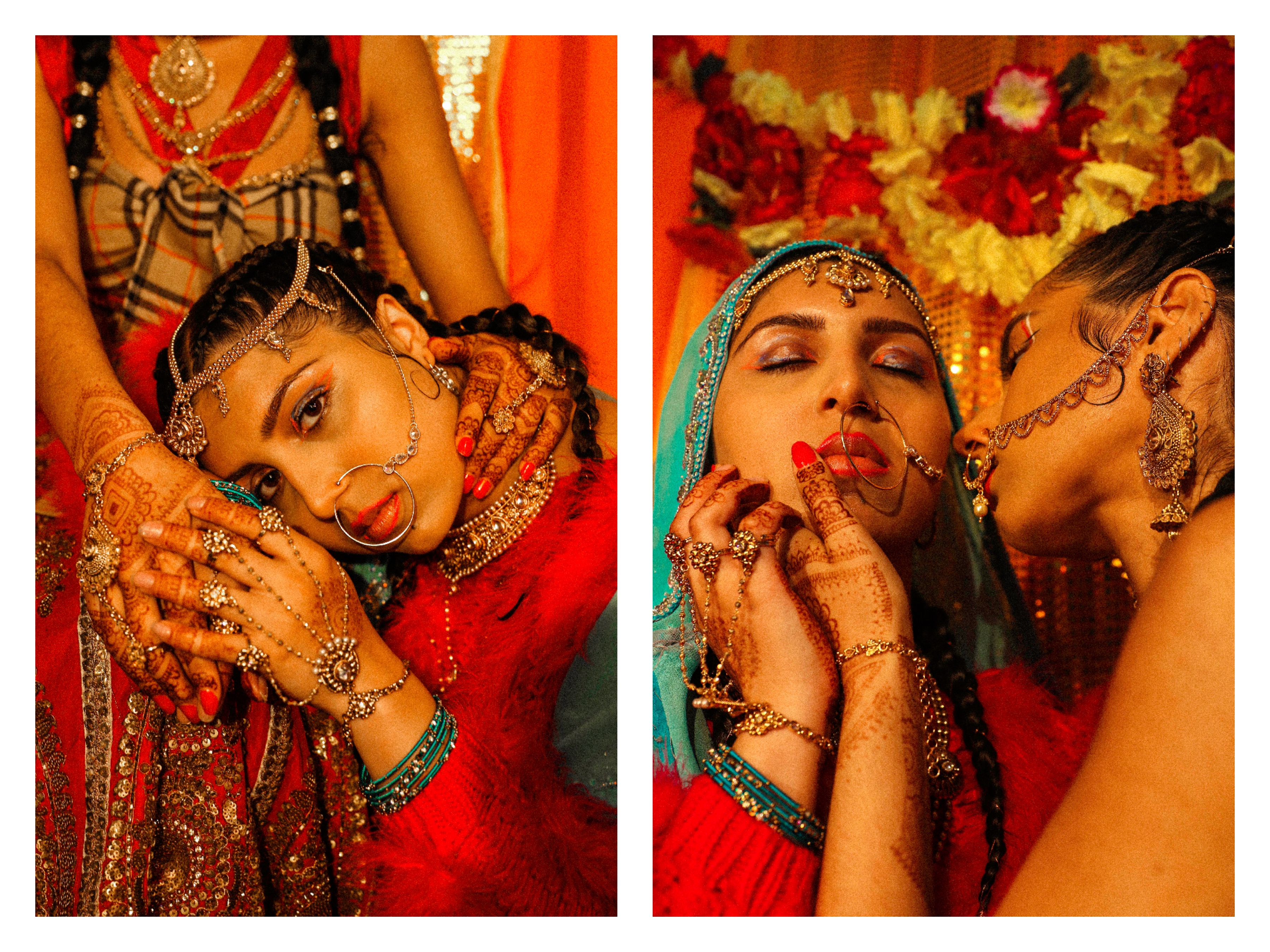 When Haque saw the finished photos, she felt as if her soul had been exposed. She couldn’t believe how much of her own vulnerability shone through the images, and she was so awestruck that she kept them to herself for two months. When they finally put the images on social media, Haque and Romagnoli received many messages of support from Indian women and Bengali femmes who saw themselves in a new way.

“I think some of the sweetest comments were from other queer Bengali femmes, who said seeing queerness expressed with Asian bridal garments meant a lot to them,” Haque explains. “I hope the images bring a feeling of appreciation, and an acknowledgement that it doesn't matter how you identify, everyone can have their dream Asian wedding.”

Moving forward, Haque plans to continue growing Huq That, with the added goal of practicing henna on queer brides and grooms. But the company’s first public foray captures the joy of being brown, femme, and queer. Romagnoli’s photos act as a scrapbook of sorts, in which the collaborators have taped their own personal experiences of henna and sisterhood, alongside their beautifully complex relationships to their cultural heritage. 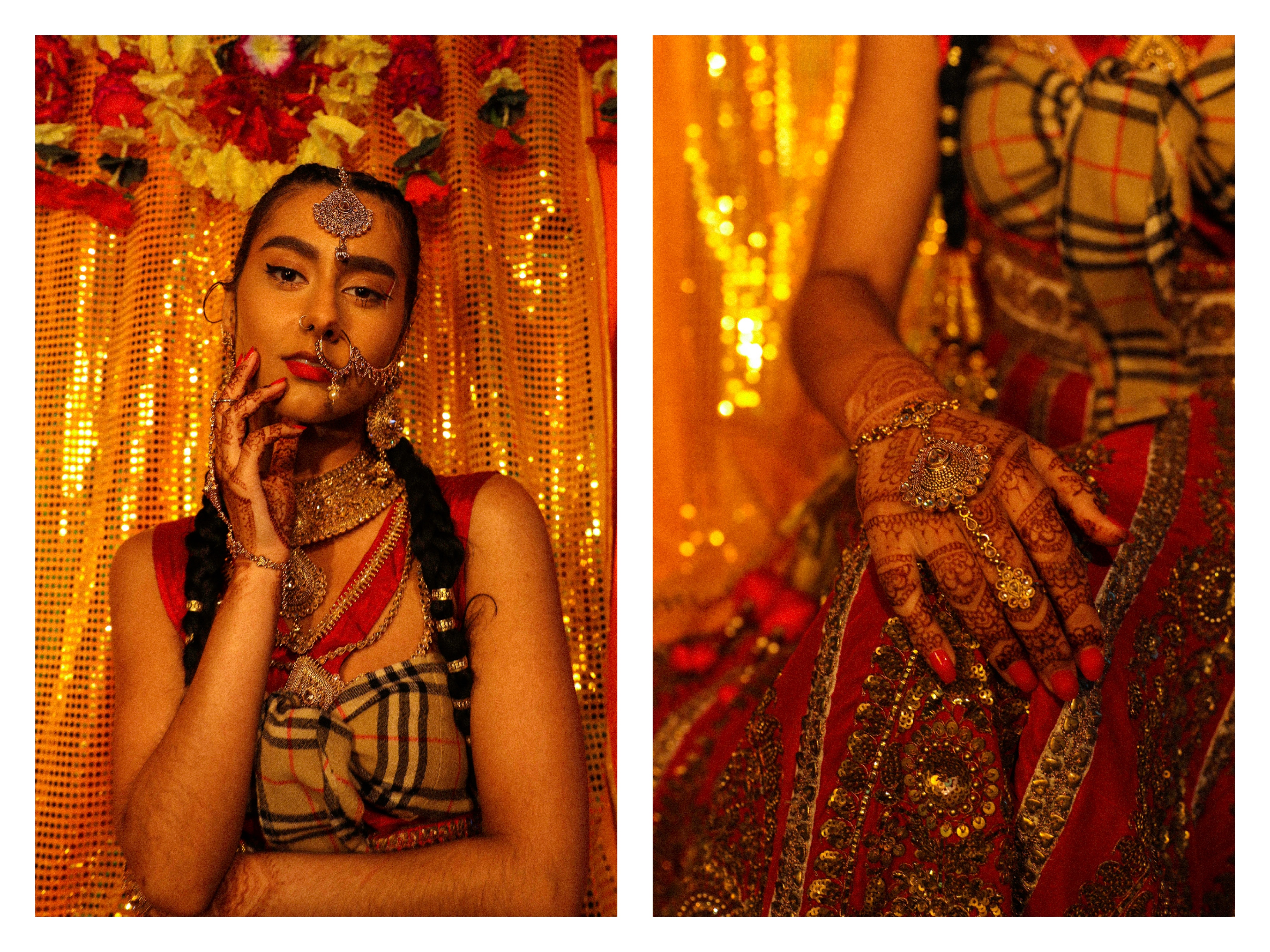 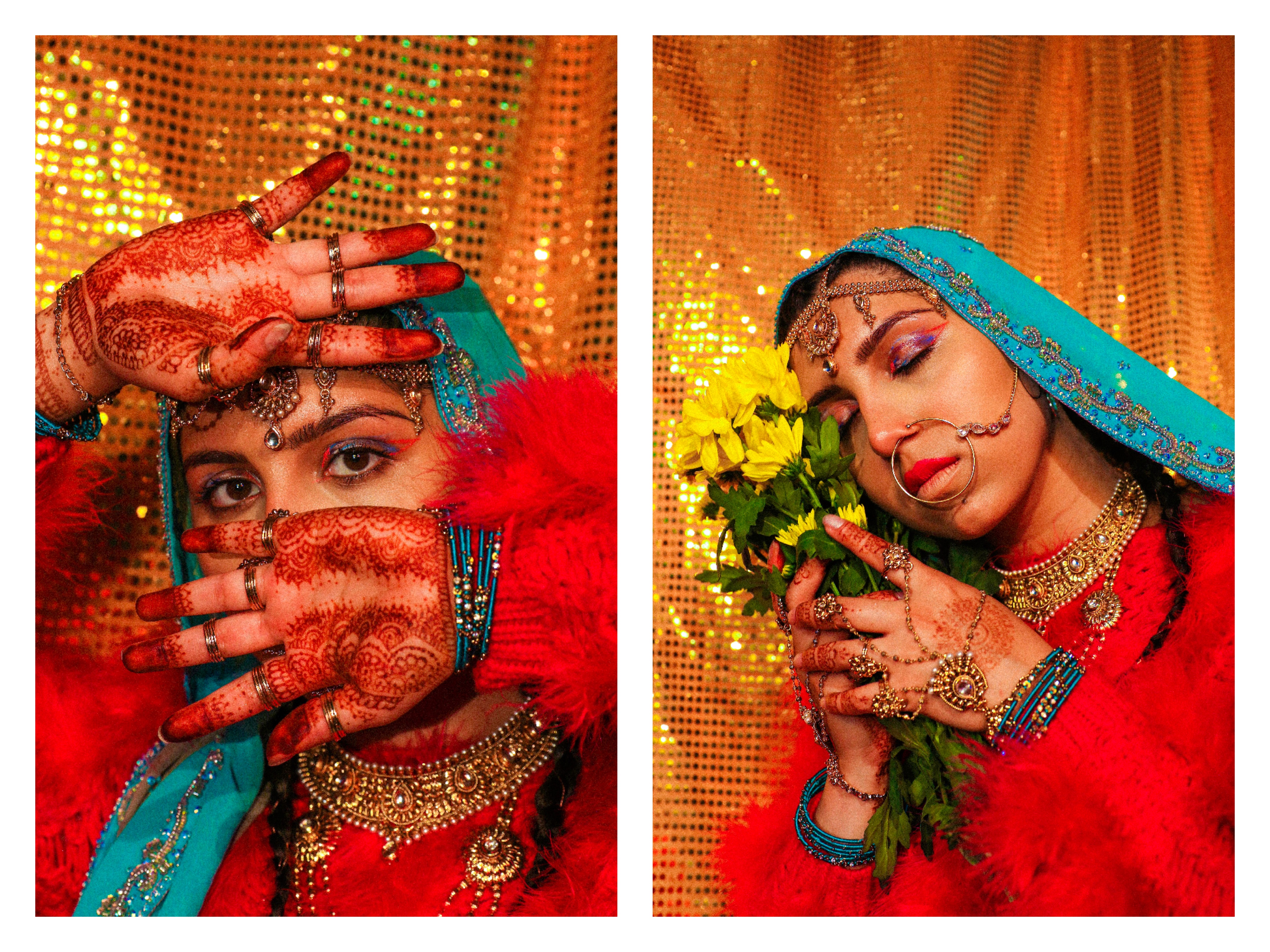 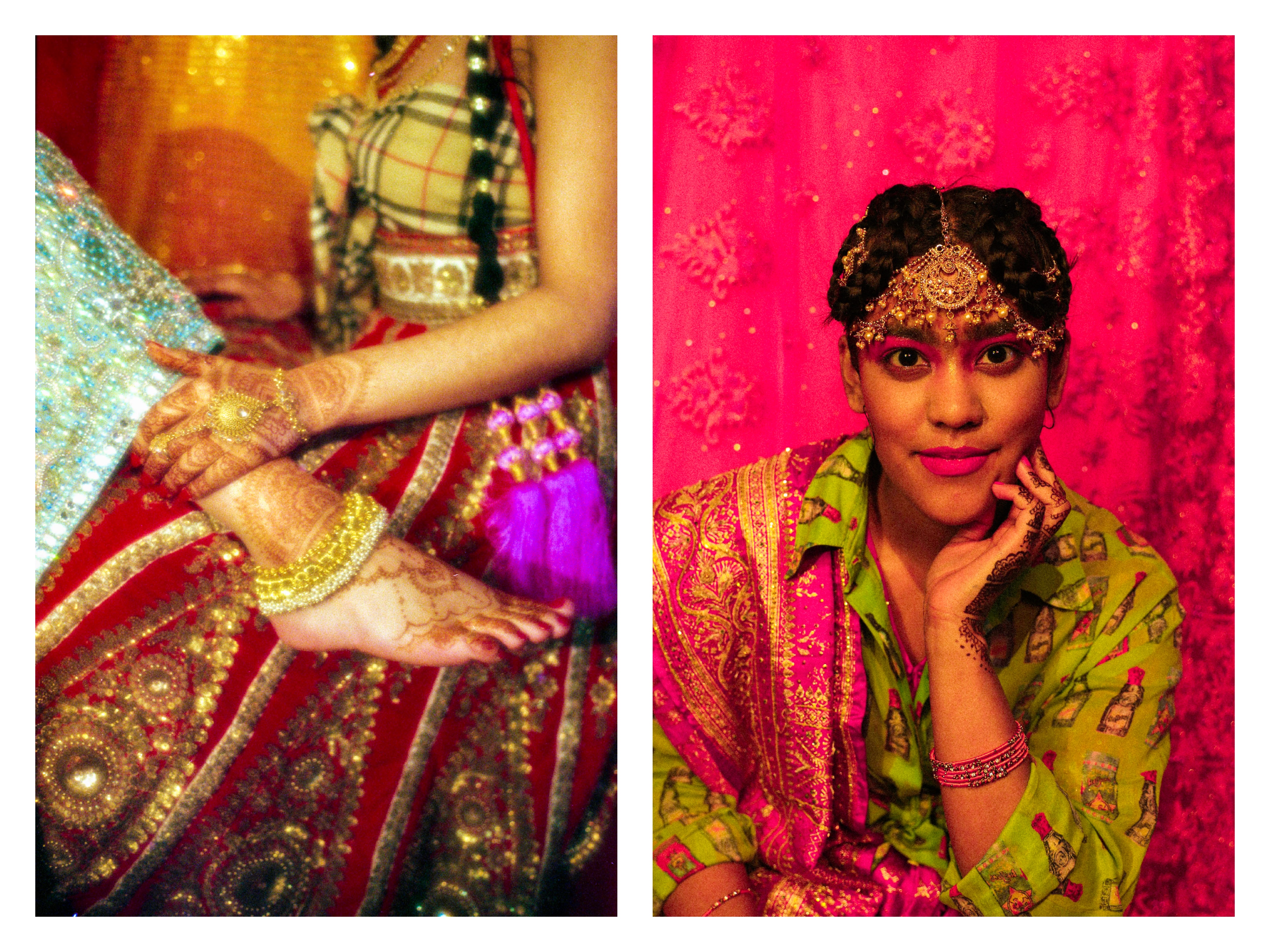 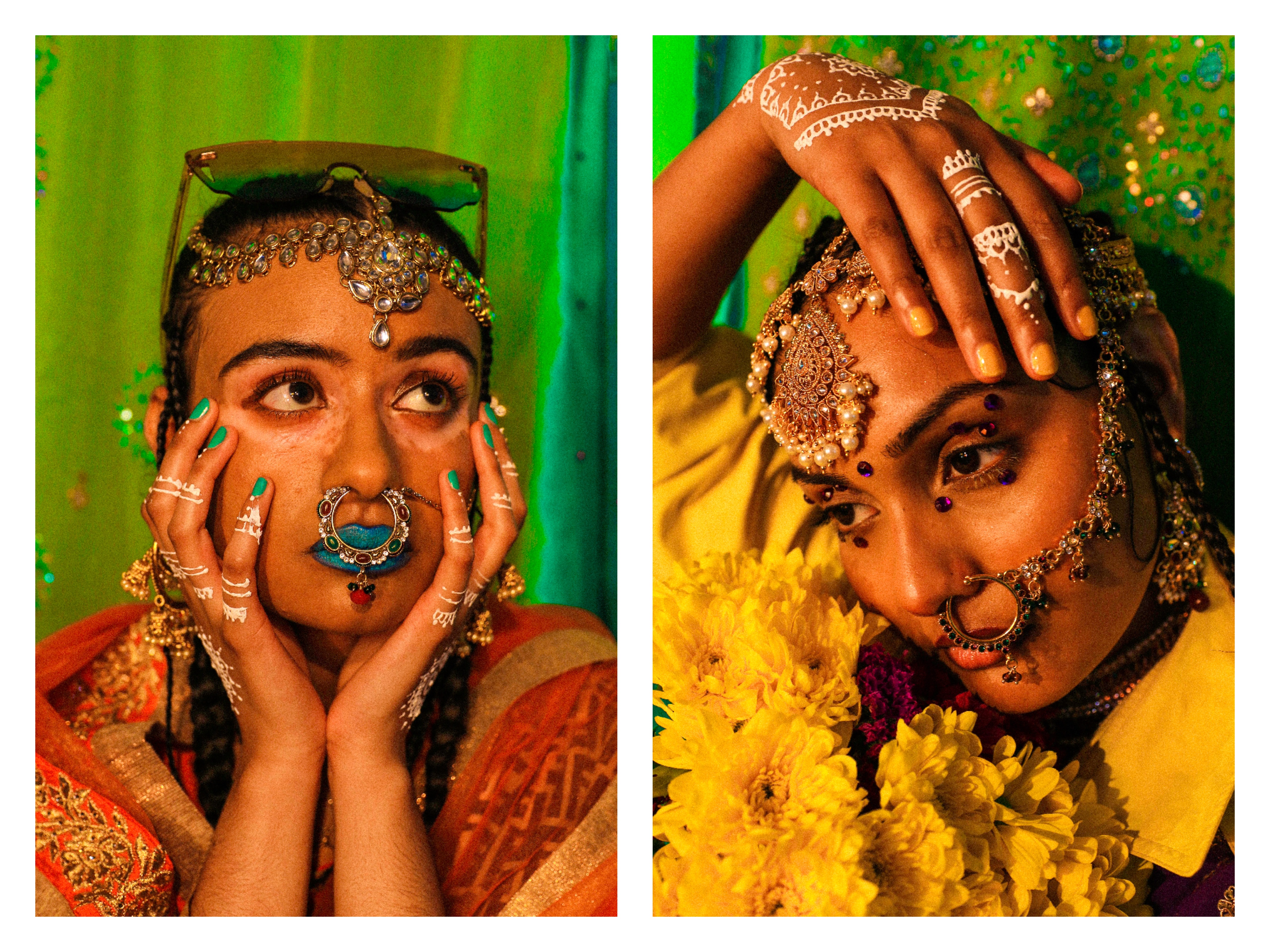