By Harriet Hernando for Daily Mail 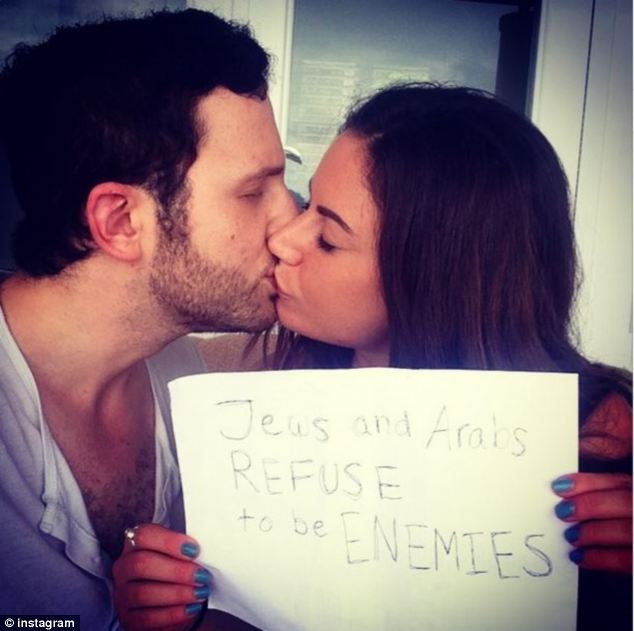 Romeo and Juliet: Sulome Anderson, 29, kisses her Jewish boyfriend in this picture which has been shared more than 2,000 times on Twitter

As tensions escalate between Palestinians and Israelis in the Middle East, a pair of star-crossed lovers are determined to prove love is stronger than war.

Journalist Sulome Anderson, who is half Lebanese, kisses her Jewish boyfriend in a photograph posted on Twitter and Facebook spreading the message ‘Jews and Arabs refuse to be enemies’. The kiss has been re-tweeted more than 2,000 times.

The modern-day Romeo and Juliet couple has encouraged others to post photos of their own mixed faith families on social media and stand up for peace in the war torn West Bank.

Sulome, 29, spends her time between New York, America, and Beirut, Lebanon, where her boyfriend Jeremy, who declined to give his surname, lives.

She told New York Daily News: ‘It’s not about being Jewish or Arab. Because when it comes down to it, we love each other, He makes me laugh and I feel safe when I’m with him. That’s what matters.’

But the love-match didn’t get off to the easiest start.

Jeremy, who has dual Israeli-American citizenship, comes from an Orthodox Jewish family which is supportive of the Israeli government, while Anderson is sympathetic to the plight of the Palestinian people.

Her father, Terry Anderson, who reported for Associated Press, was held captive for seven years by the militant group that would later become Hezbollah.

He was kidnapped in Beirut, thrown into the boot of a car, and held captive until he was released in 1991. 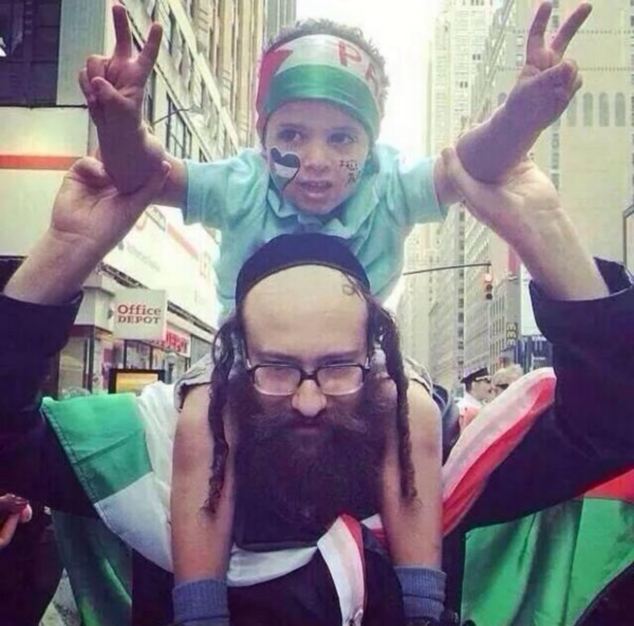 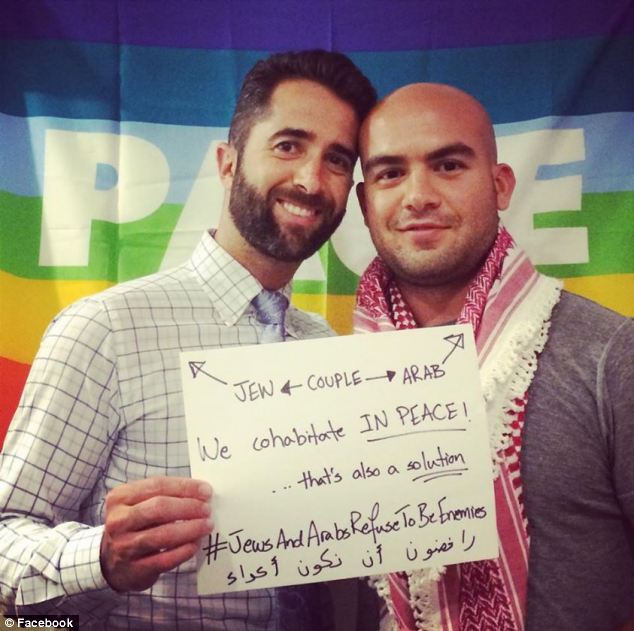 Peace: A couple from Brooklyn, New York show that Jews and Arabs can live in harmony 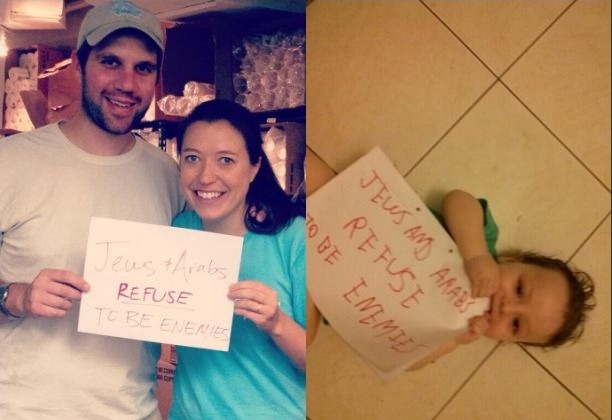 Sulome said: ‘We still don’t agree about everything, but we’ve found a way to communicate that isn’t angry.’

But not everyone agrees with their union and Sulome has received a backlash on social media.

She tweeted: ‘Being female feels pretty damn awful when publicly stating your opinion means u get called "b***" & "whore" by troglodytes on social media ’

She added: ‘I believe in this message. This isn't the kind of exposure I want or need-but I'll deal w the snarky remarks if it means people will hear it ’ 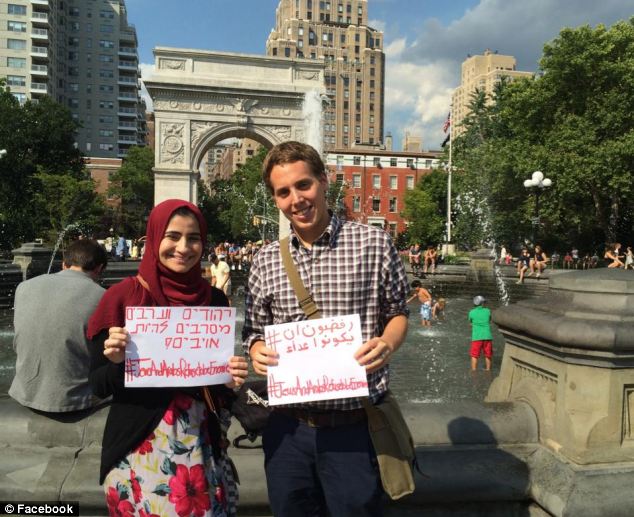 Abraham Gutman, 23, and Dania Darwish, 21, both students at Hunter College in New York, launched Facebook page 'Jews and Arabs Refuse To Be Enemies' which has 7,000+ likes

Ms Darwish, of Syrian descent but living in Brooklyn, and Gutman, an Israeli from Tel Aviv, started Facebook group ‘Jews and Arabs Refuse To Be Enemies’, which has more than 7,000 likes.

Mr Gutman said: ‘We’re not asking everyone to agree and sing 'Kumbayah, but we do want to have an underlying agreement of mutual respect.’

Ms Darwish added: ‘We’re not diplomats, we don’t have a solution to this conflict. But what we can do is create a platform where people can discuss divergent political ideas and not incite hate.’