Robert Bowers was angry at Jews. But the 46-year-old alleged killer of at least eleven people in a Pittsburgh synagogue seemed most angry at Jews for one particular reason: They were helping Muslim refugees flee to safety in America.

In posts on Gab, the social media network favoured by white supremacists, Bowers fixated on HIAS, the Jewish group that helps refugees resettle in the United States, including many Muslim refugees from the Middle East and Africa. Earlier this month, Bowers wrote that HIAS wants “to bring in hostile invaders to dwell among us.” Another white supremacist’s post on Gab that Bowers reposted read: “It’s the filthy EVIL jews Bringing the Filthy EVIL Muslims into the Country!! Stop the kikes then Worry About the Muslims!”

And hours before he barged into the Tree of Life Synagogue, yelled “All Jews must die” and opened fire, he wrote another post naming HIAS: “HIAS likes to bring invaders that kill our people. I can’t sit by and watch my people get slaughtered. Screw your optics. I’m going in.”

Bowers’ rantings should serve as a stark reminder that even some American Jews have forgot: The safety of we Jews in America is bound up in the safety of Muslims in America. 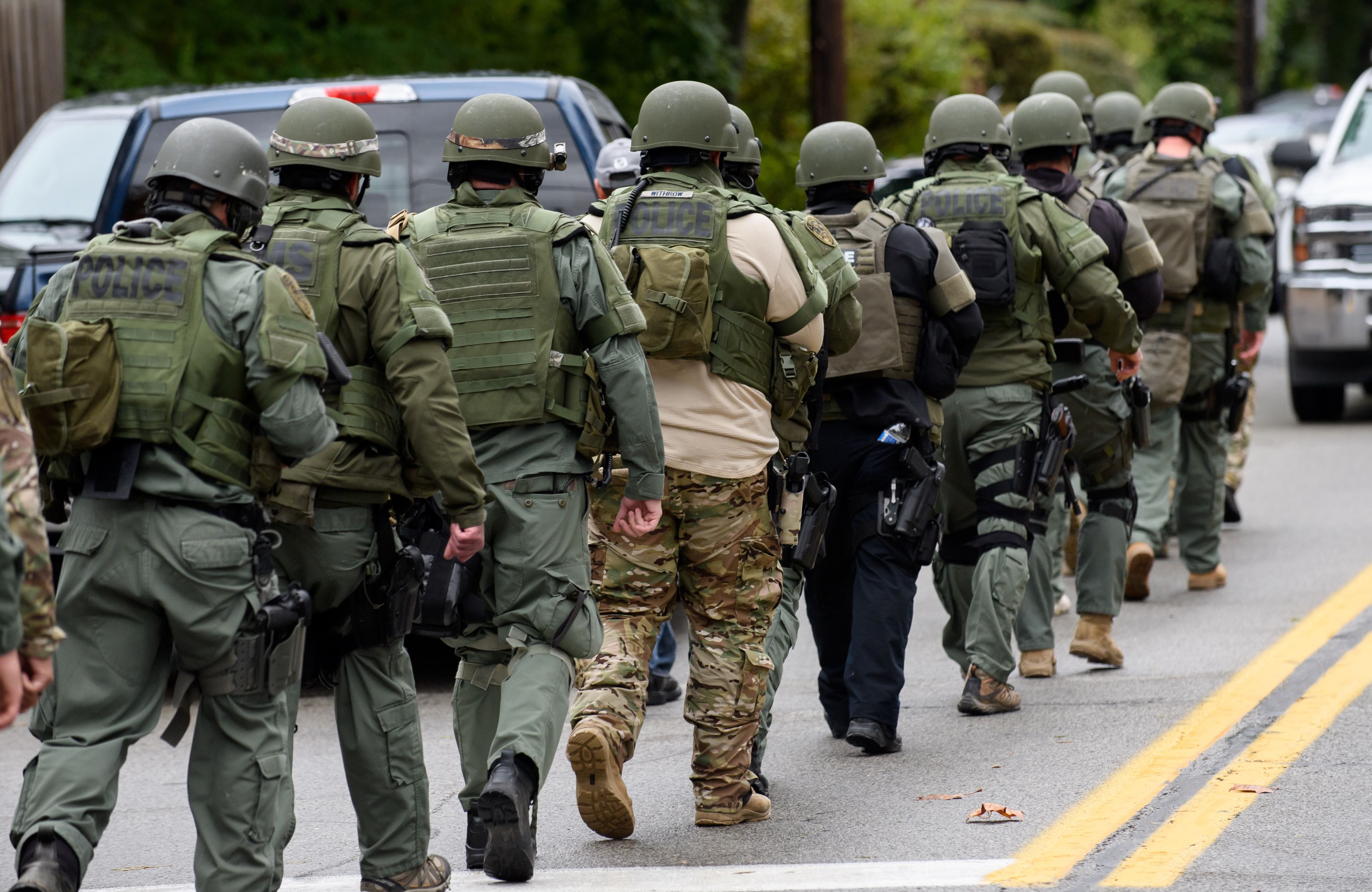 Bowers’ posts echoed a white supremacist conspiracy theory that grew in popularity after the civil rights revolution. Rather than acknowledge that black Americans led the struggle to topple the Jim Crow regime, white supremacists turned to their age-old target: Jews. They started propagating the false idea that Jews, the ever-powerful puppet-masters, were the ones pulling the strings of civil rights activists. Today, the theory is echoed in leading Republicans’ conspiratorial claims that George Soros is funding the caravan of Central American asylum-seekers currently making its way to the U.S. border to flee from the terror and repression of their home countries.

Bowers and his white supremacist brethren are, of course, wrong that Jews control global events. But they are right about one thing: Most American Jews stand in support of American Muslims, opposed the Trump administration’s cruel Muslim travel ban, and welcome in refugees from Muslim-majority countries.

American Jewish groups like HIAS and Bend the Arc have tirelessly organized in opposition of Trump’s cruel policies targeting refugees. These organizations are drawing on a well-spring of support in the Jewish community. That support exists because most Jews recognize that when minorities are targeted by a white-supremacist friendly administration, it’s not only right to fight back; it’s imperative because we know Jews will be next.

The right never stops at Muslims or black people. As the Charlottesville rally and now the Pittsburgh shooting show, Jews remain under the deadly threat of white supremacist violence.

It’s easy to forget that American Jews are strong supporters of the civil liberties and rights of American Muslims. Articles abound about Muslims and Jews divided on the Israeli-Palestinian conflict. Then there’s the American Jews who actively seek to drive Jews and Muslims apart. Major philanthropists like Nina Rosenwald, and even establishment Jewish groups like the Jewish United Fund of Metropolitan Chicago, have poured money into people and groups that spread Islamophobia. Mort Klein, the head of the Zionist Organization of America, opposed the entry of Syrian refugees into the U.S. because “most hate Jews and Israel.” The Jews serving in the Trump administration are complicit in the president’s attacks on Muslims.

Alex Kane is a New York-based freelance journalist whose work has appeared in Haaretz, the Los Angeles Review of Books, The Intercept, VICE, and more.