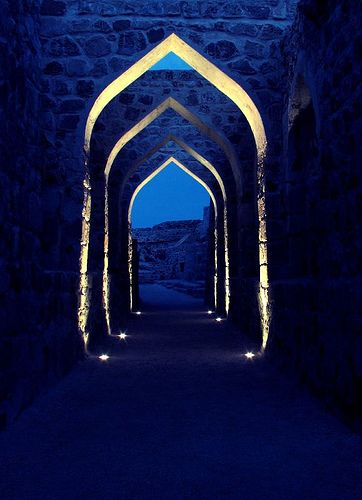 As Dilmun from the ages,

Unveiled as pearls with grace.

The waters that combined us,

In boats that rode to Tylos,

And trades along their course.

For those in search of harbour’s,

Who anchor off Bahrain.

The salt that floats between us,

As yearnings quenched by waters,

Bahrain was in old times known as Dilmun, Tylos, Awal and Mishmahig. The islands of Bahrain, set in the middle south of the Persian Gulf, have attracted many traders, visitors and invaders throughout history. The word Bahrain, "Two Seas", means that the islands contain two kinds of water, sweet water springs and salty water in the sea. Bahrain is also famous for its history of peal fishing.