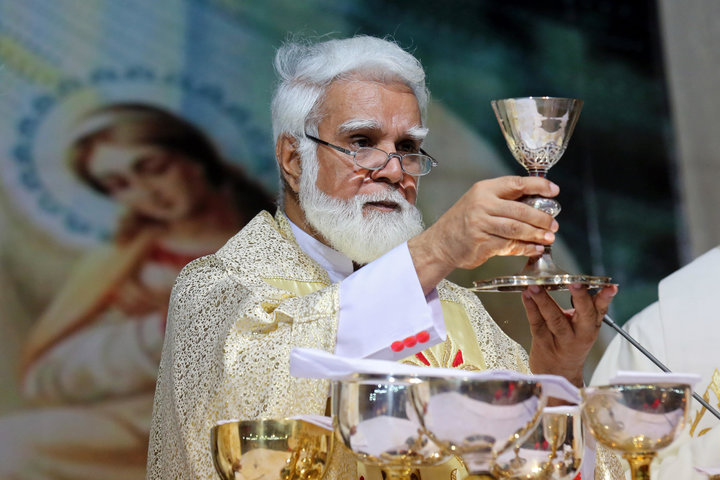 Pope Francis has selected a Pakistani archbishop to be one of the 14 newest cardinals of the Roman Catholic Church.

The choice of Archbishop of Karachi Joseph Coutts marks only the second time in history that a Pakistani Catholic leader was tapped to be a “prince of the church,” part of a group of 213 senior Catholic leaders who help elect and counsel popes. The last Pakistani cardinal, Archbishop Joseph Cardeiro, served from 1973 to 1994.

Coutts, 72, is one of 11 new cardinals announced by the pontiff on Sunday who may one day elect Francis’ successor. The other three new picks are currently too old to vote for the next pontiff, since the age limit for voting is 80, according to The Associated Press.

Coutts told Catholic outlet Crux that he was surprised and honored by the appointment.

“Pope Francis is trying to make the Church more universal with the appointment of all 14 of us from peripheries as cardinals,” he said.

Coutts is known locally as a champion of interfaith dialogue, according to UCANews, an Asian Catholic news website. After being appointed to lead the Karachi archdiocese in 2012, he formed a commission to promote interfaith harmony. He’s attended events celebrating the birthday of the Prophet Mohammad and the birthday of Hazrat Baha’u’llah, the founder of the Baha’i faith.

The archbishop’s selection was hailed by several Muslim politicians as a win for the country as a whole.

Bilawal Bhutto Zardari, chairperson of the Pakistan People’s Party and son of the murdered ex-Prime Minister Benazir Bhutto, offered his congratulations on Twitter.

hristians are a minority within Pakistan. About 96 percent of the country’s population is Muslim, while about 1.6 percent are Christian, according to the government’s figures.

Coutts told UCANews he estimates there are around 2 million Catholics in Pakistan.

Christians in the country were alarmed by a deadly suicide bombing on a Methodist church in the southwestern city of Quetta last December, a week before Christmas. The so-called Islamic State claimed responsibility for the assault, which killed at least eight people and injured dozens of others.

Coutts said that the recent attacks have been hurting both Muslims and non-Muslims in his country.

“This is a problem that is affecting the whole country. This extremist, very fanatic form of Islam, which is not the Islam of the general population, is affecting not only Christians and other non-Muslims, but the terrorists are not sparing even Muslims,” he told UCANews. “They are targeting shrines and mosques. They have a different kind of ideology altogether and they are causing a lot of harm to the country. ”

“As Christians, we should pray for the country,” he added. “We should join hands with people who are open to all communities.”