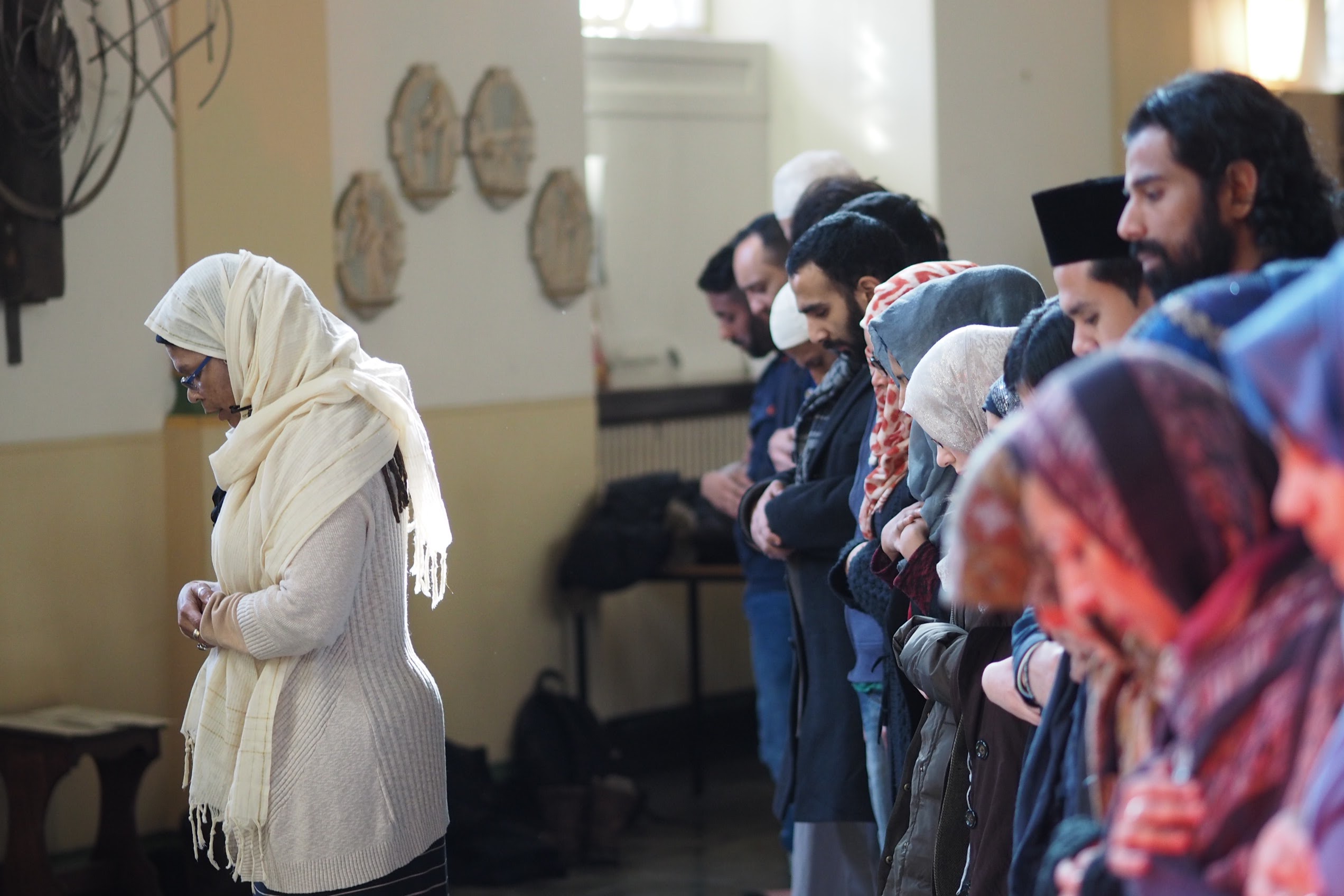 Women’s mosques – mosques where women lead other women to pray - are not new. They have long existed in places such as China. However, mosques that allow women to lead mixed-gender prayers are a new development.

Muslim World Today shines a spotlight on two such mosques: The Inclusive Mosque Initiative (founded in the UK, and which has chapters in Malaysia, Kashmir, Pakistan and Zurich) and the Qal’bu Maryam Women’s Mosque in California. Read more below.

The Inclusive Mosque Initiative (also known as IMI) was founded in 2012, in London, UK. It was started by two female activists and is grounded in the principle of gender equality.

“The Inclusive Mosque welcomes people of all genders to take on leadership roles. We believe that it is important for all members of the Muslim community to see themselves in leadership positions. In order to encourage mutual respect between people of different genders and to value one another equally, we support women to lead prayers, make the adhan (call for prayers) and give sermons and we encourage men to value women in these roles,” IMI trustee Naima Khan said.

“We want people to think about the different ways we marginalize or side line each other especially in places of worship. Through our activities, we want to encourage everyone to do their best to recognize and mitigate that marginalization and ultimately eradicate it completely. We see this as part of our worship of Allah. The Qur'an reminds us that we have been created differently from one another and that we should try to know each other. We want our work to embody this,” she said further.

The atmosphere at the mosque is welcoming: Everyone enters through the same door.  People have time to mingle and speak to each other over snacks and tea and coffee. An imam (prayer leader) or a volunteer will then announce how the prayer will be conducted, and then they will make the call to prayer in Arabic, accompanied by another person who interprets it using British

Sign Language. The imam will then remind everyone of how many rakaats (prescribed movements required in the prayer) will take place and the format of the prayer they will be leading, which may differ depending on the imam who could be Sunni, Shia, Sufi or from another denomination.  English translations of the prayer are available as well as turbah stones (a small piece of soil or clay, often a clay tablet, used during Islamic prayers to symbolize earth) and optional head coverings for people of all genders if needed.

If you are in London and interested to join in their fortnightly Friday prayers, key in these dates and address: 25th May, 5th June and 28th June to be conducted at New Unity, 277A Upper Street (next to the Islington Fire Station).

Prayers will be followed by vegan and vegetarian refreshments. Inclusive Mosque Initiative welcomes people from all faiths and sects and is accessible to people with wheelchairs.

In 2017, Rabi’a Keeble, a devout Muslim feminist, was inspired to open the Qal'bu Maryam Women's Mosque in Berkeley, California. Qal’bu Maryam means ‘Maryam’s heart.’ The name is in honor of Mary, mother of Jesus (peace and blessings, upon them) and is a recognition of the sisterhood between the mosque and its Christian and Jewish allies.

The mosque is designed to provide Muslim women and new Muslim women converts, a rich and open Islamic educational environment. It is a healing place and one that advocates social justice, encourages education, promotes sisterhood and embraces feminism and community building.

Women call the adhan and lead the prayers. Women speakers are also invited to talk, and this includes topics such as the intersection of faith and ethnicity.

Everyone is welcome at this mosque, and that includes new converts, reverts, born Muslims, immigrants, blacks, whites, brown people, all genders, and people of all sexual orientations. Muslims of all backgrounds (Shia, Sunni, Sufi, Nation of Islam, Ahmadi, Bohri, Ismaili, etc.) intermingle here. The mosque also welcomes people of other faiths who are curious about Islam and want to get to know about the religion in a relaxed, no pressure environment.

Rabi’a explained the significance of opening the mosque: “A woman's inclusive mosque recognizes that women are alert, aware, and are capable of hearing, learning and wanting to participate in worship services.  Right now the design is, men do it all, and women sit in back or perhaps in a balcony or basement.  The expectation is that women come to the mosque to gossip, talk about everything, not God, the implication is that women cannot absorb what is being discussed by men.”

She debunks the widely-held opinion in the Muslim world that mixed-gender prayers lead to temptation and sin: “Men are near women all day long at work, on buses and trains, and at work in elevators, and sitting in the workplace and at lunch.  We live in a gender mixed world.  We can't escape it, and we are all better off for it,” she said.

“We get to know one another and the mystic of women being these foreign things that men can't talk to, or touch or communicate with is ridiculous.  We live normally every moment of our life and when we enter the mosque we enter a time machine and suddenly are transported back to the 7th century to a patriarchal society.  That's not real for anyone right now, and it's just not a workable design right now,” Rabi’a explained further.

The “rules” here are simple: wear modest clothing, leave your shoes before stepping in and you are welcome to pray if you want to – no pressure. Wearing the hijab (headscarf) is entirely optional.

The public is also welcome to volunteer and also donate to the Qal’bu Maryam Women’s Mosque.

For more information about the mosque, go to its website or Facebook. You can also email them at QalbuMaryam@gmail.com or call them at 510-214-3057 (announce yourself on call).