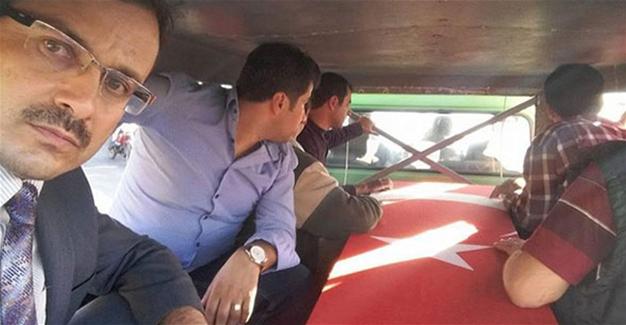 An investigation has been launched into an imam who took a selfie with a fallen Turkish soldier’s coffin in the Çine district of the Aegean province of Aydın.

Süleyman Şen, the imam of the Mutaflar mosque in Aydın, took the picture and shared it on his social media account, state-run Anadolu Agency reported on Oct. 1.

Şen had managed to enter the funeral coach carrying the body of the specialized sergeant Süleyman Güneri, killed in Şırnak in an attack by the outlawed Kurdistan Workers Party (PKK), taking a selfie with the coffin

“We bid our martyr farewell to eternity,” Şen wrote on his social media account alongside the photo, drawing criticism from the Aydın Mufti Ömer Kocaoğul.

“This wasn’t good behavior at a martyr’s funeral. It wasn’t appropriate. We’ve launched an investigation into the imam,” Kocaoğul said, adding that he does not approve of the imam’s actions.

The selfie has also raised eyebrows among residents of the district, while many critical comments were posted under the picture, prompting the imam to delete the selfie from his social media account.