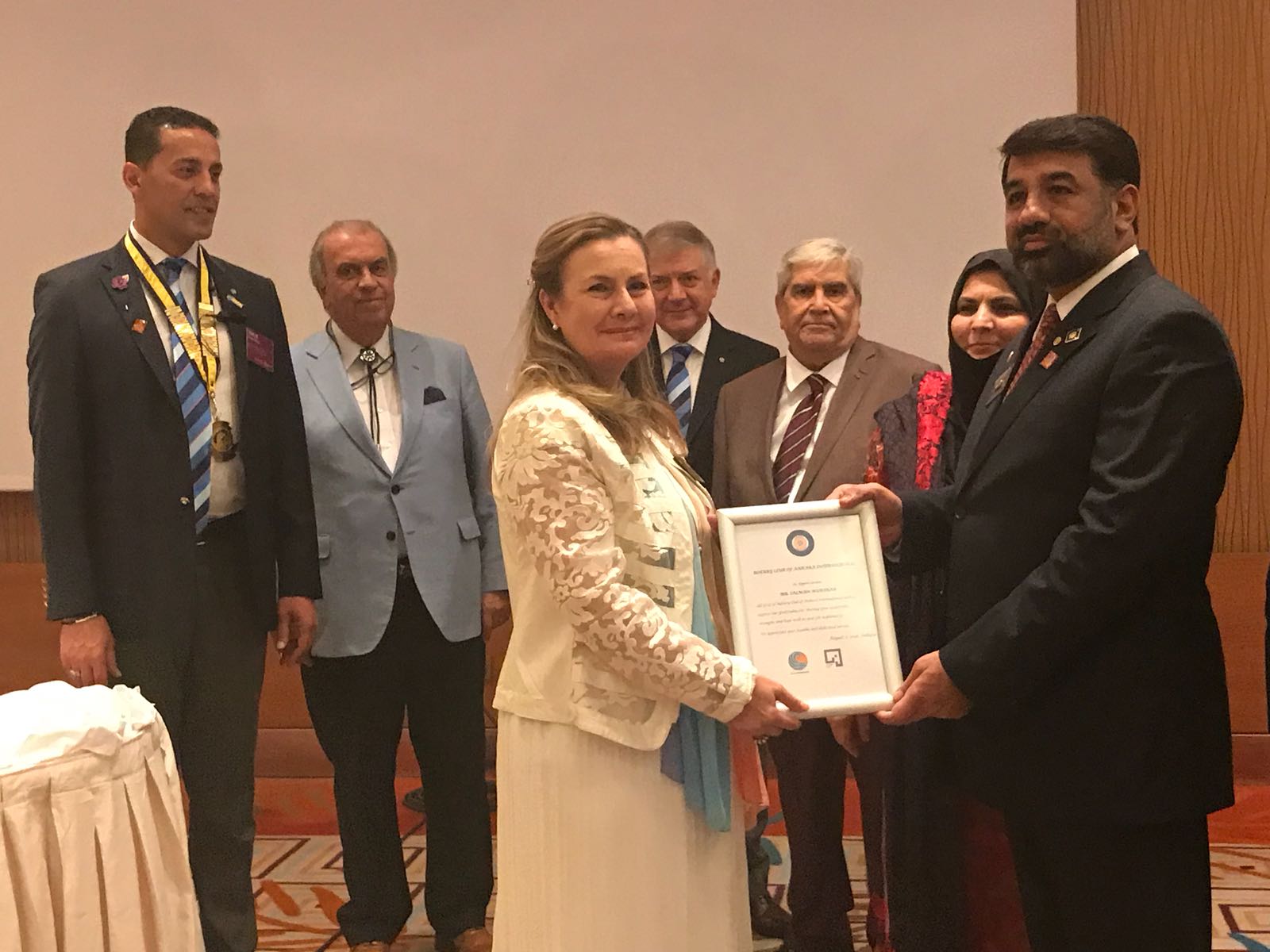 Professor Aysegul Atak is a world-renowned scientist and is a front line scientist in Next Generation Sequencing for Cancers and the Turkish Civil-Academic Representative at NATO Science and Technology Organization (STO) Human Factors and Medicine (HFM) Panel for Turkey.

Salman Mubarak of Rotary Club of Multan Cantt was invited as a guest speaker to talk about WGM and Polio by Rotary Club of Ankara International on the 7th of August at Sheraton Hotel, Ankara. It was a joint meeting of all Rotary Clubs of Ankara which was hosted by RCAI.

The historic appointment was made on behalf of Susanne Rea, the founder and team member WGM.

Salman Mubarak announced that by virtue of this new appointment of Professor Aysegul, and with the launch of WGM today, Turkey joins the 90 countries of the world working together to wipe out polio from the world.

Salman Mubarak further said that $3 million have been raised through WGM events, and with the match by Bill and Melinda Gates Foundation the total amount has totalled $9 million.

Professor Aysegul Atak Yucel, MD, PhD said she was honoured and felt privileged to have been assigned this position and will do her best to perform to the expectations of all team members.  The event closed with a total of $250 donated by the participants which will be matched by Bill and Melinda Gates Foundation to reach $750.

The closing of the ceremony was in style: A cake with the WGM logo was cut with a sword by WGM Ambassadors of both Turkey and Pakistan in a symbolic representation and commitment towards the eradication of polio throughout the world.