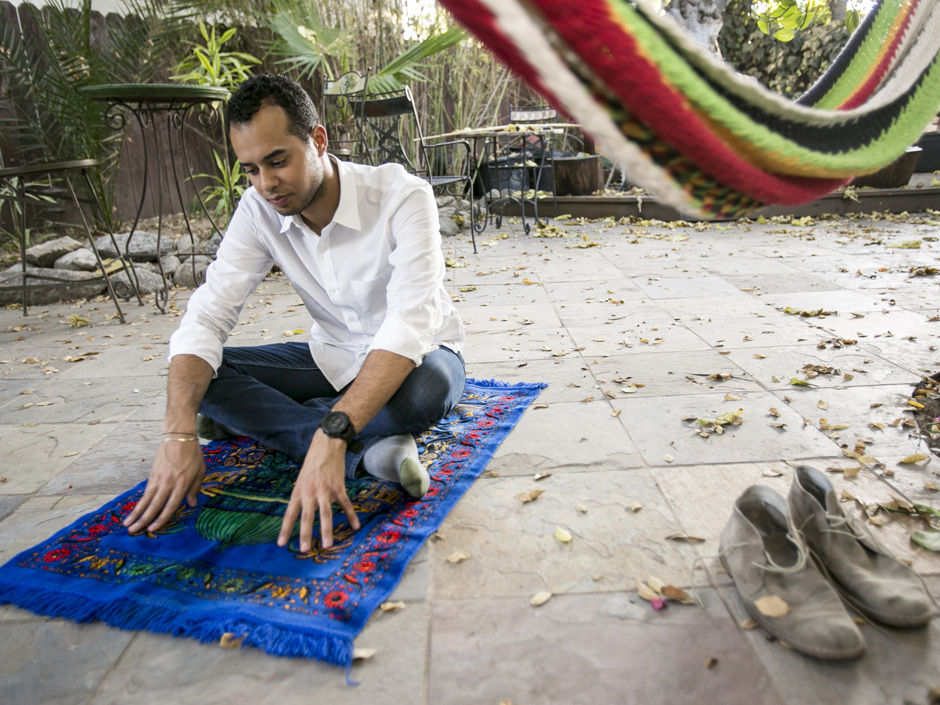 Akersim, 26, is part of a small but growing number of American Muslims challenging the long-standing interpretations of Islam that defined their parents’ world. They believe that one can be gay and Muslim; that the sexes can pray shoulder-to-shoulder; that females can preach and that Muslim women can marry outside the faith — and they point to Qur’an passages to back them up.

The shift comes as young American Muslims work to reshape the faith they grew up with so it fits better with their complex, dual identity, with one foot in the world of their parents’ immigrant beliefs and one foot in the ever-shifting cultural landscape of America. The result has been a growing internal dialogue about what it means to be Muslim, as well as a scholarly effort to re-examine the Qur’an for new interpretations that challenge rules that had seemed set in stone.

“Islam in America is being forced to kind of change and to reevaluate its positions on things like homosexuality because of how we’re moving forward culturally as a nation. It’s striving to make itself seen and known in the cultural fabric and to do that, it does have to evolve,” said Akersim, who leads a Los Angeles-based support group for gay Muslims. “Ten or 15 years ago, this would have been impossible.”

The shift doesn’t end with breaking obvious taboos, either. Young American Muslims are making forays into fashion, music and stirring things up with unorthodox takes on staples of American pop culture. A recent controversial YouTube video, for example, shows Muslim hipsters — or “Mipsterz” — skateboarding in head scarves and skinny jeans as Jay-Z’s “Somewhere in America” blasts in the background.

Nearly 40 per cent of the estimated 2.75 million Muslims in the U.S. are American-born and the number is growing, with the Muslim population skewing younger than the U.S. population at large, according to a 2011 Pew Research Center survey.

Advocates for a more tolerant Islam say the constraints on interfaith marriage and homosexuality aren’t in the Qur’an, but are based on conservative interpretations of Islamic law that have no place in the U.S. Historically, in many Muslim countries, there are instances of unsegregated prayers and interfaith marriage.

“I think it’s fair to say the traditional Islam that we experienced excluded a lot of Muslims that were on the margins. I always felt not very welcomed by the type of Islam my parents practiced,” said Tanzila Ahmed, 35, who published an anthology of love stories by Muslim American women in 2012 called “Love Inshallah.” 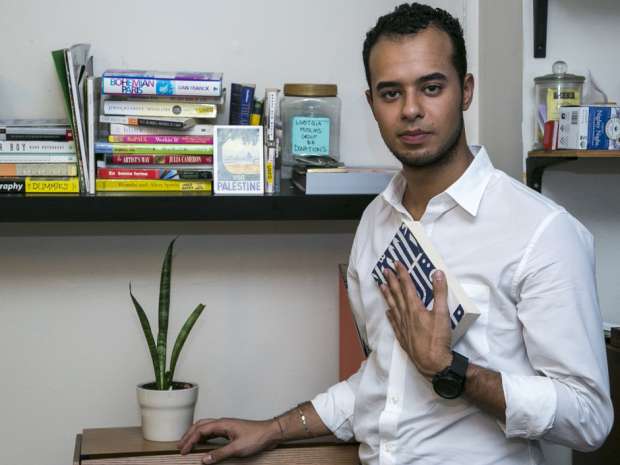 Many second-generation American Muslims still practice their faith in traditional ways, but others are starting to see the Islam of their parents as more of a cultural identity, said Dr. Yvonne Haddad, a Georgetown University professor who has written extensively about Islam’s integration into U.S. society.

As a result, there’s a new emphasis on meeting for prayer and socializing in neutral spaces, such as community centres, instead of mosques, and on universal inclusion.

“Some of them still want a mosque, they still want to belong and to pray and others are shifting and they are very comfortable being non-religious,” Haddad said. “These people feel that they can get rid of the hang-ups of what the culture has defined as Muslim and maintain the beliefs and values, the spiritual values, and feel very comfortable by shedding all the other restrictions that society has put on them.”

In Los Angeles, a religious group called Muslims for Progressive Values has been pushing the boundaries with a female imam who performs same-sex and interfaith marriages, support groups for gay Muslims and a worship style that includes women giving sermons and men and women praying together. The group has chapters in half a dozen major U.S. cities and at least six foreign countries and last year was recognized by the United Nations as an official non-governmental organization.