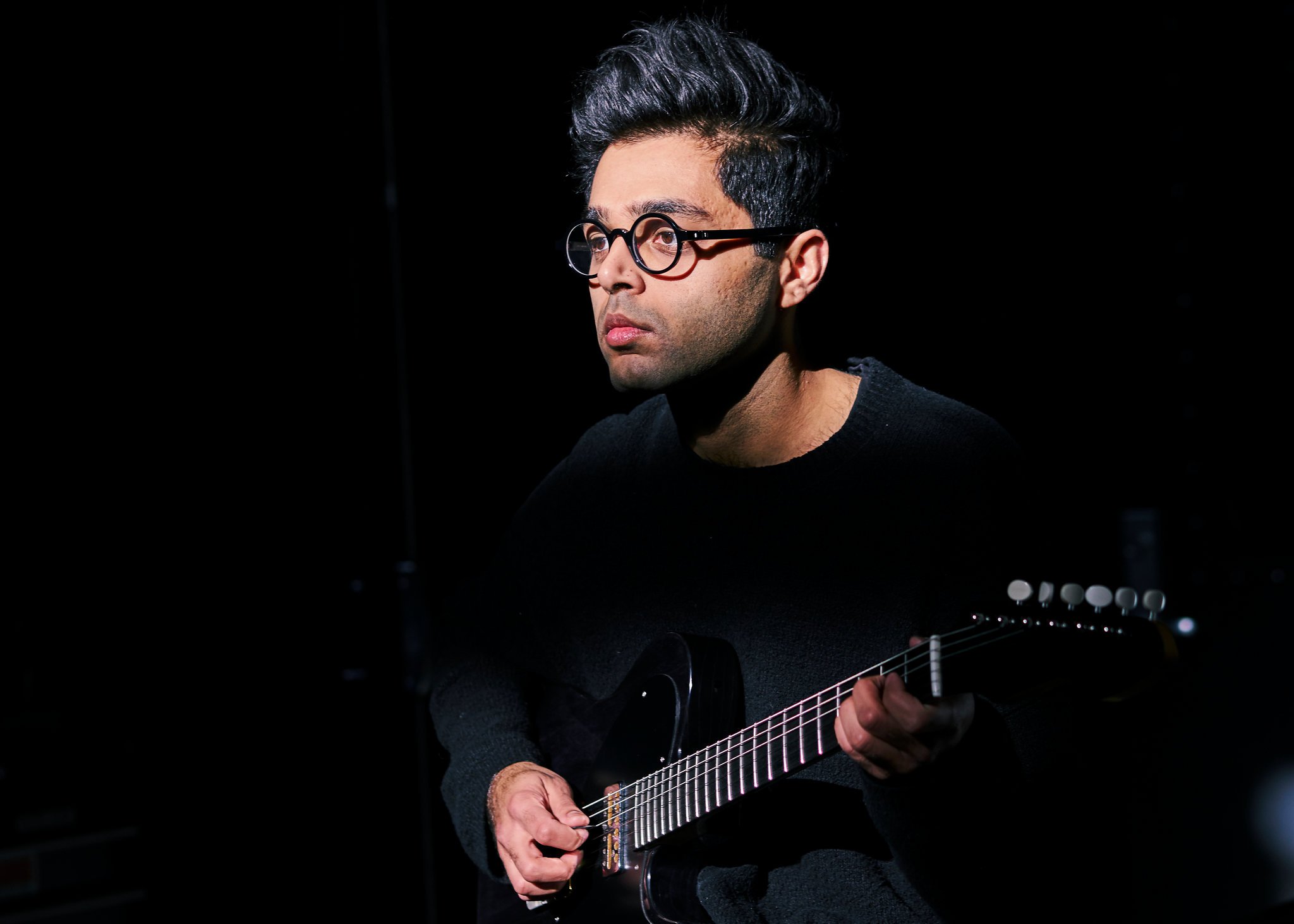 They might sound scattered on paper, but they coalesce in the hands of Mr. Bhatia, a guitarist who refuses to be pinned to one genre, culture or instrument. This 30-year-old musician fluidly moves between jazz and rock groups, Indian and American musical influences, and acoustic and electronic sounds. His transient approach, combined with his obsession of assiduously studying the past in order to break cleanly from it, makes him one of the most intriguing figures in music today.

“Breaking English,” due Friday, is not quite jazz and not quite electronica. The record is filled with booming electronic drums, bittersweet Carnatic violin melodies, hushed gospel choirs and swarms of feedback. It’s the sound of a confident artist showing off his digital ambition and technical wizardry, but the process of developing this sound was often fraught.

“I went through a lot of periods of very intense self-doubt about whether somebody like me could deal with this way of making music,” Mr. Bhatia said in an interview at a Vietnamese cafe in Bushwick, Brooklyn.

Growing up in a Muslim family in Raleigh, N.C., made him accustomed to being perceived as an outsider. “There was a very large percentage of the population down there that were not comfortable with our presence,” he said.

And when he recently started wading into the world of electronic music and sound design after spending years in jazz communities, he said he felt ostracized: “A lot of these spaces are dominated by white men or are very heavily segregated.”

For inspiration, he leaned into his identity and immersed himself in his family’s labyrinthine, peripatetic history. His relatives trace back to India but spent several generations in East Africa; his maternal grandfather owned a restaurant in Tanzania, where he played violin for his patrons.

That legacy manifests on “Breaking English” in the Carnatic violin playing of Anjna Swaminathan, whose lithe melodic gestures fit snugly with Mr. Bhatia’s hypnotic, Radiohead-like guitar patterns. And two songs named “Olduvai” refer to the Tanzanian gorge that Mr. Bhatia visited with his family about a decade ago, where some of the earliest human fossils were discovered.

While Mr. Bhatia embraced his cultural past, he rejected his musical one. An intimidatingly strong guitar player from an early age, he studied first at New York University and then at Oberlin, where he was taken under the wing of the estimable drummer Billy Hart. In subsequent collaborations with Vijay Iyer, Marcus Gilmore and David Virelles, Mr. Bhatia proved he could hang with anyone in the jazz world. “He would keep it on reserve and then suddenly unleash something really beautiful and terrifying and intense,” Mr. Iyer, a MacArthur fellow, recalled in a phone interview.