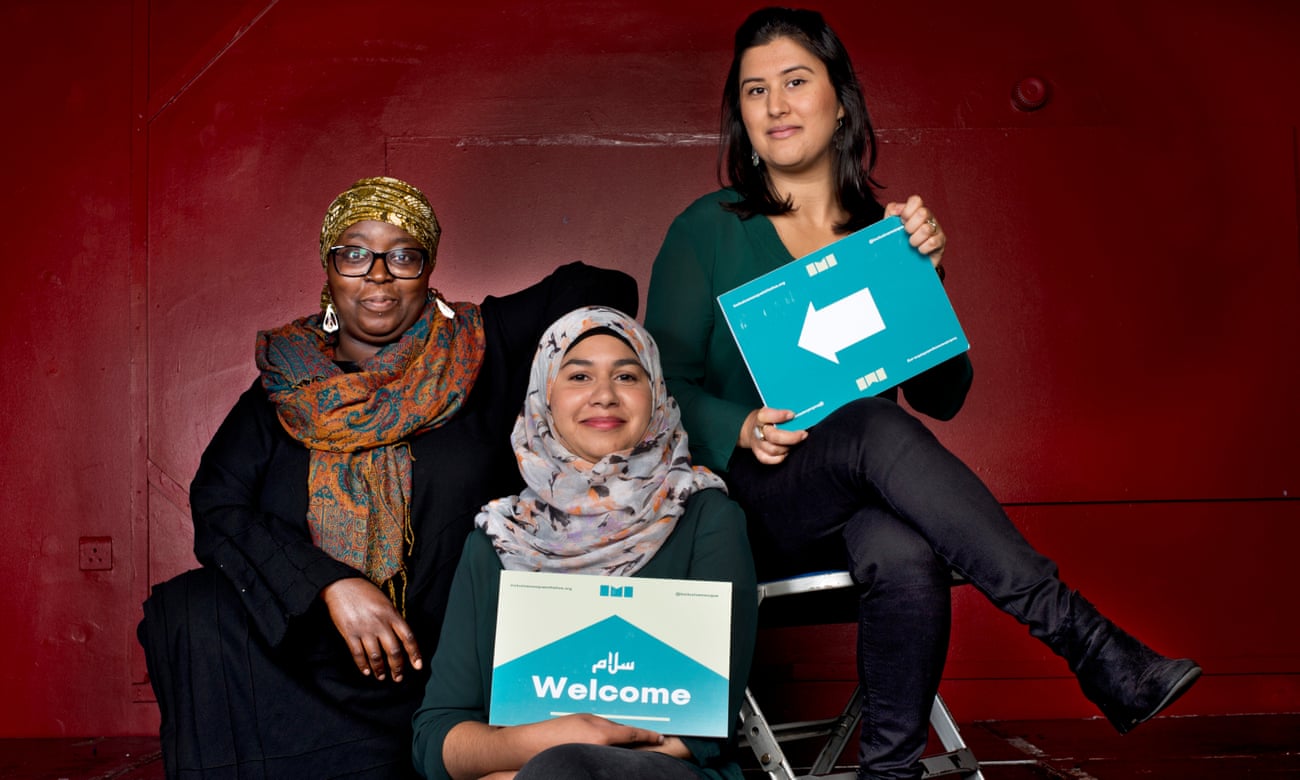 A group of Muslim feminists determined to shape a non-judgmental space in which to practise their faith.

Raise Your Gaze began as tongue-in-cheek conversation between members of the Inclusive Mosque Initiative about the ways in which Muslim women have been expected to maintain propriety – by being modest, averting their eyes and so on – and has expanded to become a core part of the mosque’s offering.

“We have put together seminars,” explains trustee Naima Khan, “from conversations on Islamophobia and resilience, on creativity and healing, on Islam’s feminist history.” The purpose is to make people think in new ways about social injustice “that we’re missing by not really looking at it”.

It’s a bold programme, not only for its message but because of those organising it: the Inclusive Mosque Initiative (IMI) launched in 2012 to try to establish places of worship where LGBT Muslims, disabled Muslims and single-parent families could come together to form a non-judgmental practising community.

Building their own permanent space is a little way off, but for now Friday prayers are held every two weeks in north London.

Khan, who works in the arts and philanthropy, was asked to get involved six months after queer engineer Tamsila Tauqir and academic convert Dervla Zaynab Shannahan realised the need to create “peaceful places of worship” for Muslims who might be marginalised by traditional, sectarian mosques.

“Islamic feminism is overlooked in the mainstream but it is central to us,” says Khan. “We have not joined the committees of other mosques to try and change from within because the need was too great and immediate.”

For Khan, who is formidably bright and composed, a formative experience came when she decided not to go to Eid prayers with her family at their mosque in Luton. “It is supposed to be a wonderful, happy occasion but I decided I didn’t like being corrected every time I went, or not understanding the sermons; and when I did, they weren’t inspiring, and [were] always about surrendering to God and asking for forgiveness.” She pauses.