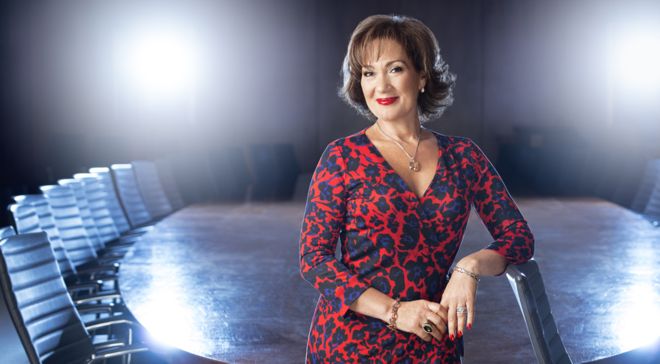 By Andreane Williams for the BBC

Daniele Henkel decided she had to flee Algeria because she felt her children were no longer safe.

"Islamists were starting to attack girls in the street," she says. "I had to think about my daughters, so I decided to move to Canada."

This was back in 1990, and Algeria was about to descend into more than a decade of civil war between a secular government and various Islamist groups.

Morocco-born Daniele was 34 at the time, and she and her Algerian husband lived a comfortable life with their four children. She worked as a political and economic adviser for the US consulate in the coastal city of Oran, while he was engineer.

But they gave up everything, almost overnight, to seek asylum in Canada.

The family arrived penniless in the city of Montreal in the middle of a bitterly cold Canadian winter, a snowstorm in full swing.

"Before moving, the immigration department of Canada had told us that my husband and I would easily find work," says Daniele. "In reality, things turned out to be very different."

While her husband Ahmad couldn't secure any work in his field, Daniele spent seven years scraping a living earning 75% less than she had done in Algeria. She did everything from working as a secretary, to selling lunchboxes, to trying her hand with an estate agents firm.

Daniele says she felt "rejected and worthless", but her life was to transform again for the better in 1997 when she decided to start her own business selling health and beauty products. She says she wanted to be her own boss because she was "tired of being exploited".

Her eponymous company has gone on to make her a multi-millionaire, and, today the 60-year-old is one of the best-known business leaders in the French-speaking Canadian province of Quebec.

Born to a Moroccan mother and a German father whom she never met, Daniele was raised in Algeria.

At the age of 18 her mother forced her to have an arranged marriage with the best friend of her older brother.

"When my mother told me I had to marry Ahmad I screamed and cried. I was furious," says Daniele.

"I didn't want to get married, but I wanted to stay close to my family, so I eventually agreed. I was married within two weeks."

Although she hadn't wanted the relationship, Daniele says she soon learned to love her husband. "He was the perfect man. He was generous, smart and very loving."

While he was a successful engineer, she quickly rose through the ranks at the US consulate after initially getting a low-grade job allocating visas.

So the couple built a happy life together in Algeria, until they were forced to flee the country.

In Canada, however, the marriage came under strain, which Daniele says was caused by Ahmad being unable to find work as an engineer. Ultimately they divorced, which she says made her feel "very guilty".

With four children to feed this put extra pressure on Daniele for her business to succeed.

Her idea was to create an exfoliating glove inspired by those used in Algerian and Moroccan bathhouses. Made of plant fibres (eucalyptus and spruce), the user would rub the glove over his or her wet skin to remove dead cells, and generally improve skin condition.

Daniele thought it would be popular, but it took a bit of explaining in 1990s Canada.

"There was nothing like it in Quebec ," she says. "When I would present my project, people would tell me: 'In Quebec we wear winter gloves, not exfoliating gloves.'"

Undeterred, Daniele found a manufacturer, and started visiting beauty salons in Montreal to persuade them to try the glove, which she called "Renaissance". She says that she wouldn't stop for the day until she had sold at least 250 Canadian dollars worth ($190; £150).

The popularity of the glove (which today costs C$26) quickly grew, with sales to both salons and members of the public.

"People liked my glove so much they started asking me for more products," says Daniele. "That is how I realised I had a clientele."

Almost two decades later, Daniele's business has sold millions of the gloves, and expanded to a health and beauty empire that includes a range of cosmetics, treatments for cellulite, burns, excess fat and acne, and a laboratory that develops tests to detect food intolerances.

Daniele has also become a celebrity in Quebec after appearing in the first five series of In The Eye Of The Dragon, Quebec's French language version of entrepreneurship TV show Dragons' Den.

The four other judges were always all men, and she says she sometimes felt they "were not always interested" in her views. However, Daniele made herself heard, winning her a lot of female fans.

"The experience made me realise how much business is a boys' club," she says. "I was kind of the black sheep... but I took my rightful place."

Canadian businessman Mitch Garber, who appeared with Daniele on the show, says she is a trailblazer.

Mr Garber, who is the chief executive of casino and online gaming group Caesars Interactive Entertainment, says: "Daniele Henkel has done as much for the advancement of women entrepreneurs as anyone in Quebec, and for that she is credited and widely respected."

Looking back on her often unconventional life so far, Daniele says it has taught her that you "always have a choice".

"Even when things that you can't control happen, you can always choose how you react to them," she says.