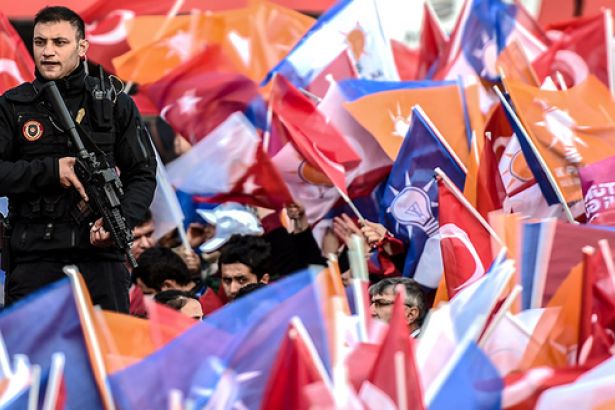 The rise in individual armament in Turkey leads to debates both at home and across the world whether the affair is a prelude to a civil war, fostering concerns for the chaotic atmosphere into which Turkey has been sliding in recent years.

A recent article published by Al-Monitor discusses “Turkey is about to find out if more people are safe when armed”, pointing to striking data that in the first six months of 2016, Turkey jumped from No. 25 to No. 8 among the top countries buying weapons from Germany, according to a report prepared for the German Council of Ministers.

Turkish Islamists used to boast about not carrying arms in “Old Turkey”, a word coined by the new elites of Turkey indicating to their role in carrying the country to “New Turkey”. Now that has changed; to put it metaphorically, a lot of water has flown under the bridge. For instance, pro-AKP Islamist daily newspaper Yeni Akit has had front-page ads for shotguns for the last six years. It has changed so much especially since the coup attempt that a prominent Islamist columnist Abdurrahman Dilipak advocated gun permits, saying, “If someone is shooting at me, would I reply by screaming slogans?”

In Turkey, even though prices are quite high compared with those in the US, it is easy to get a permit and buy a gun if you have money. Besides the recent steps taken to arm the civilians within the electoral base of AKP, in major Turkish cities such as Istanbul and Ankara, it is now common to see senior bureaucrats and ruling party administrators carrying guns on their belts day and night.

Rush to guns is becoming so widespread in Turkey, even though many new gun owners have no idea how to use their guns, that private companies have been launched to offer training how to use, conceal and carry guns.

As a governor says “If there is another coup attempt like July 15, I will hand out guns myself”, hiding behind the excuse of confronting their former ally Gulenists and escalated clashes with the PKK, rise in individual armament has sparked question marks and fears particularly among the anti-AKP population about whether the current affair is a prelude to a civil war in Turkey, a country which has been witnessing repressions on political opposition at home while sailing to jeopardous adventures abroad.