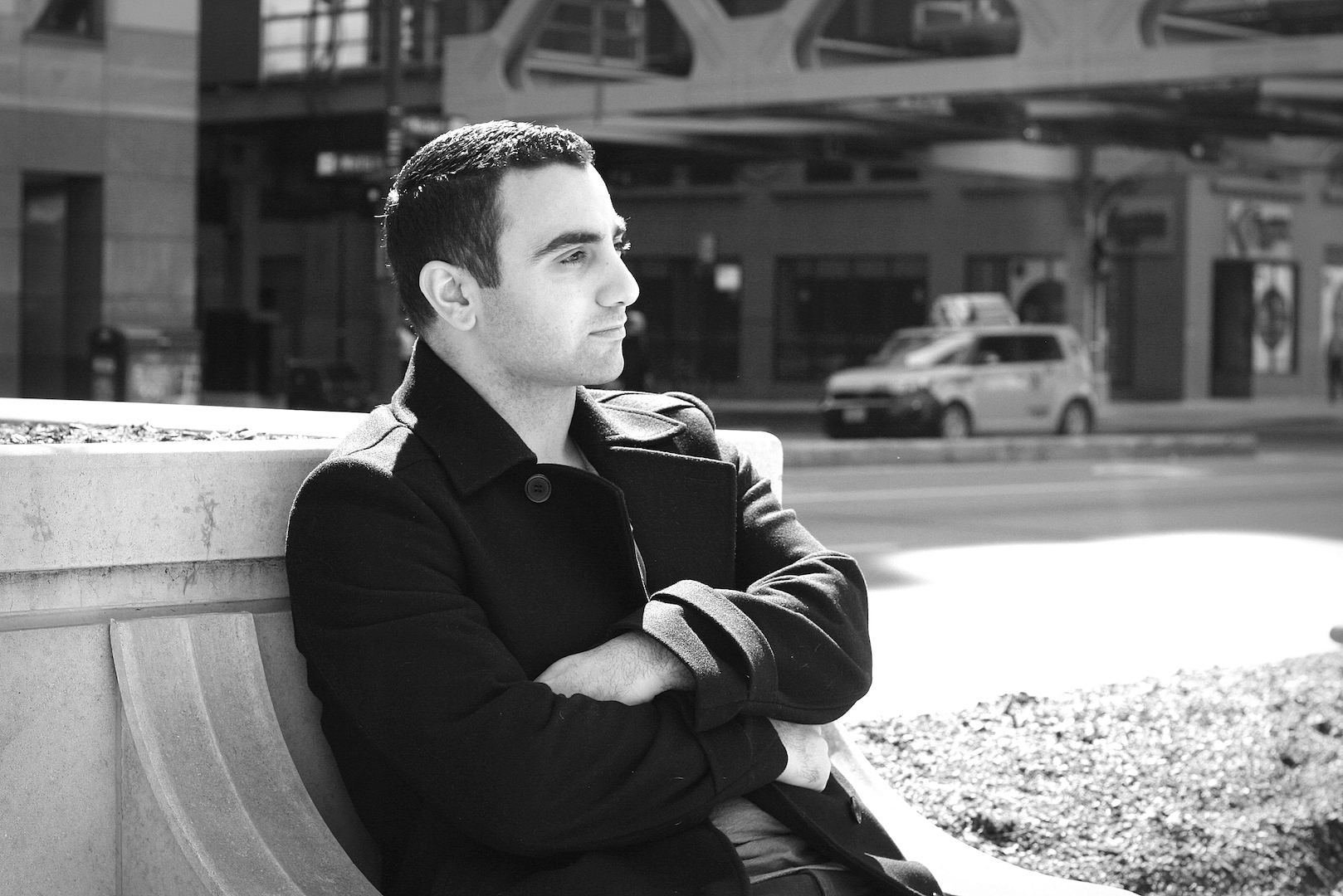 I met Samer by chance while I was having coffee with a friend at 1871, a Chicago based entrepreneurial hub for digital start ups. My friend had just bought a house and we were talking about furnishing ideas. Samer came up in conversation so we managed to do an intro and a card exchange since he was busy with a mentorship program for young aspiring Chicago school goers. Coming from the Middle East, our culture there was slightly less progressive, less casual about mentorship programs and how here, in western society people manage to fit mentorship and other community development work seamlessly into your work schedule. That left me even more curious to who Samer is and what his company was all about.
Samer and I chatted briefly a few days later about his startup, Unbranded Designs. Throughout conversation, I was really interested to know more about Samer and how he came to putting together his start up with his colleagues. Samer was born and raised near Flint, MI in a town called Fenton, where he lived his entire childhood, except for a few years in Lebanon as a baby (my parents are Lebanese). He earned a pair of engineering degrees from the University of Michigan Ann Arbor and then moved to Chicago in 2008. He spent 4 years working for a management consulting firm before deciding to leave his job and taking a risk to start a company with his friends.
“It was never a question of if I would start a company or not, but rather when. I come from a family of entrepreneurs: my parents, uncles, aunts, and cousins on both sides of the family are all entrepreneurs, not only here and in Lebanon but across the US and Middle East.”  Here is a quick chat with Samer about him, his life in Chicago and Unbranded designs.
Who has inspired you, growing up?
I’m most inspired by my uncle Ghassan Saab who came to the US in ’66 to work for a construction company. He bought the company 5 years later and has been running it ever since. Along the way he has invested in numerous companies and more importantly has become a major philanthropist in the city and the state. He received the Ellis Island Medal of Honor and was the first immigrant to receive the Philanthropist of the Year in the state of Michigan. He is also the reason our family was able to come to the US. He is my dad’s older brother and helped him get started in Flint, escaping the war in Lebanon. He has had a major influence on my life and continues to inspire me.
What is Unbranded?
Unbranded was formed has a company in May 2012 but the true origin began the previous year when my co-founder, best friend, and roommate Sameer Dohadwala and I were helping a friend move up some stairs. We were frustrated by the immobility of furniture and decided right then that there was a market for portable furniture (portable meaning assemble, disassemble, lightweight, etc). We bought grid paper, visited Home Depot for construction consultations and created a complete disaster. Undeterred we began searching for designers who were actually skilled in furniture design and fabrication. We found tons of designers capable of helping us. More interestingly, we saw that each designer had books, computers, and garages full of designs we would never have seen had we not stumbled on their shop.
We also stumbled on a problem facing all designers: they don’t have the resources or skills to be able to market themselves, sell, scale manufacturing, and handle all business operations, while being a designer. Therefore, most of these guys just end up doing custom jobs. It was then that we realized we could apply our skills in marketing, sales, and operations to partner with designers to create a great company. When we realized we could centralize the entire global community using technology, we knew we were onto a major opportunity.
What was the process & challenge of setting up a company?
Over time we’ve evolved. In the summer of 2012 while we were in the Chicago Lean Startup Challenge we learned lots about designers and the residential market. After 14 weeks we’d beaten out 110 tech startups for the top prize, validated we had a real opportunity and started plowing forward. We’ve evolved over time, moving from a residential b2c focus to more of a b2b solution. We’ve recently been running design challenges to solve specific market problems with our community’s innovative solutions. The consistent focus has remained though: building a great community of designers by bringing them opportunities to design products that can get made, build their brand, and launch their careers.

Why interiors? Tell me about your passion for the industry.
I definitely have a passion for the industry but this company was started because we found a need in the market. We were inspired to create our own piece of furniture, realized it was extremely difficult to do so, and then found a number of talented designers, right here in Chicago. These designers though don’t have opportunities to showcase that talent or really take turn their ideas into major-market items. That’s when we decided to start Unbranded Designs. We wanted to bring opportunities for design, production, and marketing to the independent design community and unleash their amazing designs to the market.

Would you say you’re an artist at heart or a creative?
At heart would be the only place you could call me an artist. Unbranded Designs was started precisely because my co-founders and I are NOT designers. We lack the talents to do what the amazing designers in our community do everyday, but that’s why we appreciate their work even more! But personally speaking, growing up I’ve never considered myself much of a creative. I’ve always been more analytical and scientific versus the other end of the spectrum. I’ve always been amazed by the creative ability by artists, inventors, and entrepreneurs. Though it probably wasn’t fair to myself, I never expected that I would be able to approach the level of any of these types. I think that’s one of the reasons I really enjoy building Unbranded Designs. We’re building an innovative company while working with a global community of creative types, all interested in creating innovative products. I am now constantly surrounded by creativity.