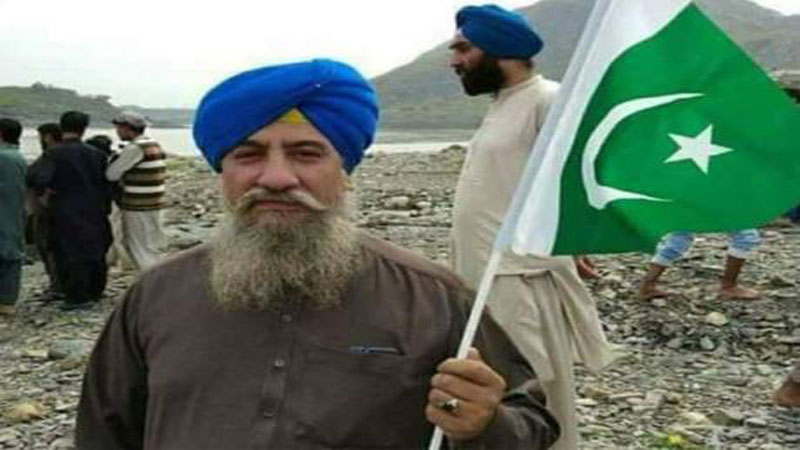 I have a new case study to teach in my Peace Building class because there recently has been an addition to the long list of martyrs of peace. Sardar Charanjeet Singh, a Sikh community leader in Peshawar, was shot dead by unidentified armed men in his grocery store. It is becoming a tough course to teach day by day, the reason is not lack of resource material or relevance, it’s the widening gap between what we study in classrooms and what happens around us. Sardar Charanjeet was an icon of interfaith harmony in Pakistan. He was a key figure in establishment of Pakistan Council of World Religions in 2006. By profession he was a trader and ran a general store in Peshawar after migrating from Kurram Agency in 1970s. He was an avid peace activist and was running a project of iftaars for unprivileged Muslims during Ramzan. His iftaars had become a pleasant news for peace activists around the country and his efforts for harmony were greatly admired. The problem that we face as peace lovers and harmony seekers is that peace isn’t simply glamorous enough. It’s chivalry defined in narrow terms and ethnic discrimination identified as religious correctness that appeals the largely illiterate or semi-literate masses. It’s a large scale brain washing campaign going on around us in spite of the NAP (National Action Plan) which has banned all hate speech. The challenge for peace builders is that hate mongering has a thrill about itself. Adding a tinge of religion makes it much more attractive and adventurous. There’s a promise of heaven that comes along and all killing becomes not only justified but also glorified.

When food arrived outside slain Sikh community leader Sardar Charanjeet Singh’s home, people thought it was for the guests who had come for condolence, but it was the iftaar food that he used to arrange for the Muslims of his area

We had the ‘yom e takbeer” celebrated a day earlier. There was a lot of nationalistic hype and pride in defensive capabilities. Any technological achievement is justifiably cherished as a national pride, in particular when it strengthens your state’s defense mechanism. If we ponder for a second , what we actually celebrate is our enhanced capacity to kill. A nuclear weapon must be maintained as a deterrent with a hope that no one ever has to use it, for we know since 1945 the kind of destruction it may cause. Interestingly, when I was listening to the news of celebrations on radio while driving, the very next news was about an innovation project launched by the University of Manchester which focuses on upgrading the white cane as a “smart gadget” that would facilitate the lives of visually impaired people. I was just randomly thinking why can’t we focus our energies on research that develops and facilitates capabilities to live? Why do our scientists have to work on developing our capabilities to kill? I know this won’t be a popular argument. Talk of peace is rather boring as compared to the chauvinism and jingoism of war. I am sure the people who killed Sardar Charanjeet Singh , during the sacred month of Ramzan, must have done it with the “naara e takbeer”. They must have been instructed that it was a noble duty to accomplish and their “achievement “of killing an infidel will be applauded. Therefore, they killed in name of Allah who revealed in His divine message that killing one human being is equivalent to killing humanity. But this is not a verse to be taught with zeal. We have been teaching as a part of our Pakistan Studies curriculum that Sikh community was responsible for massacre of Muslim migrants in 1947. In spite of instructions to remove all hate material against all communities , there’s still text that breeds hatred.