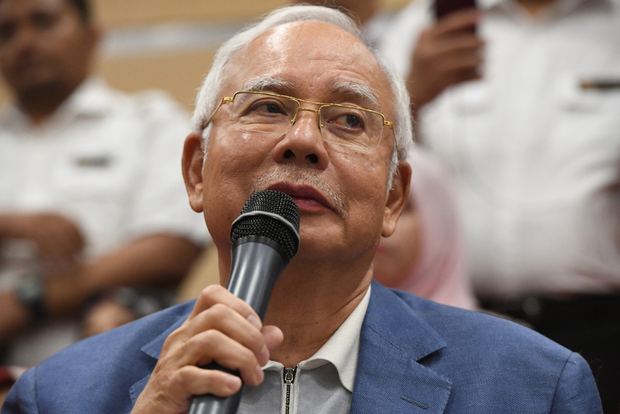 Elections in Malaysia have toppled close Saudi ally Najib Razak. His downfall could expose how and why Riyadh gave him hundreds of millions of dollars in donations

Political remarks tweeted by the Emirati academic and commentator Abdulkhaleq Abdulla are not to be taken lightly. They are usually meant to express an opinion embraced by Muhammad bin Zayed, Abu Dhabi's crown prince and the de facto leader of the UAE who is now widely known in the international press as MBZ.

In a recent tweet, Abdulla conveyed to his followers the displeasure felt by MBZ toward the results of the Malaysian elections, in which the ruling Barisan Nasional coalition was defeated by the Alliance of Hope, with Najib Razak losing his position as prime minister. They also saw the elevation to power once again of 92-year-old Mahathir Mohamad, who had switched parties earlier this year.

Abdulla said: "Malaysia seems to be void of wise men, of leaders, of statesmen and of youth so as to elect a 92-year-old who suddenly turned against his own party and his own allies and made a dubious deal with his own political foe whom he previously imprisoned after fabricating against him the most heinous of charges.

Notwithstanding the ups and downs of the relationship between Mahathir Mohamad and Anwar Ibrahim, an opposition leader jailed for five years in 2015 for sexually assaulting a former aide on what he said were politically motivated charges, neither the UAE academic nor his boss MBZ in Abu Dhabi care about democracy.

After all, it was the UAE, together with Saudi Arabia, who funded the military coup that toppled the first democratically elected civilian president in the history of Egypt, Mohamed Morsi. Mahathir’s age cannot be of real concern to them when they have nothing but grace and glory to say about the Alzheimers-stricken and senile king in neighbouring Saudi Arabia.

What then truly distresses them about the Malaysian election result?

Fall of a close ally

The source of distress must surely be the loss of close ally Razak, who has been accused of corruption involving the embezzlement of funds with the collusion of senior UAE and Saudi officials.

In a recent BBC three-part documentary series entitled The House of Saud: A Family at War, the channel revealed that Razak conspired with the Saudi prince, Turki bin Abdullah, the son of former King Abdullah, to embezzle no less than $1.2bn from 1MDB, Malaysia’s national sovereign fund.

This sum of money, according to the story told by the BBC investigative report, was loaned by the Malaysian government to a Saudi company unheard of before called Petro Saudi.

Within days, about $700m of that amount disappeared from the company, which was co-founded by Turki. Suspicion rose when in March 2013, the sum of $681m was transferred to the personal account of Razak.

In April 2016, the Guardian reported that Razak had received the sum of $681m from Saudi Arabia as a donation. Razak had already been facing corruption allegations after the transfer was discovered a year earlier.

According to the Guardian, Saudi Foreign Minister Adel al-Jubeir was asked at the summit of the Organisation of Islamic Cooperation in Istanbul if he was aware of the details of the donation. He said: "It is a genuine donation with nothing expected in return."

That is surely unheard of. It is inconceivable for an elected prime minister of a country to be given such a substantial financial gift by another country with nothing expected in return.

Going back to the BBC documentary, apparently, a substantial amount of this and of other allegedy embezzled funds ended up in the United States, prompting the FBI to open an investigation into what it described as the biggest fraud and government theft in history.

In its 30 June 2017 edition, the Wall Street Journal reported that the UAE ambassador to the US, Yousef al-Otaiba, was entangled in the scandal swirling around the Malaysian state investment fund, 1MDB, which was, according to the report, defrauded of $4.5bn.