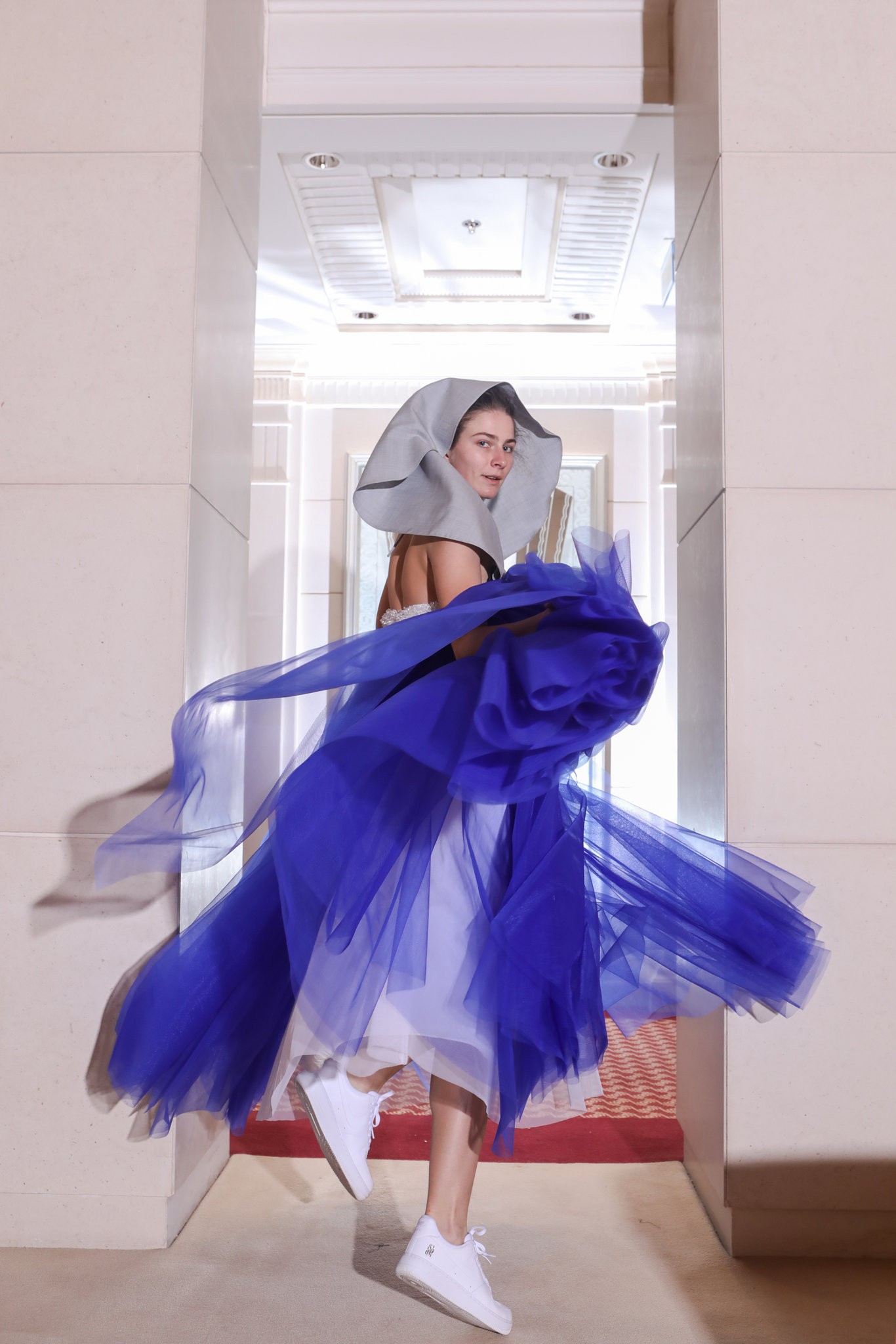 Female-only audiences, no social media — but as one observer said, “Women here have been waiting for years for a time to shine.”

RIYADH, Saudi Arabia — Fashion week in New York, Paris and Milan can often be a surreal experience, full of towering fantasy, inflated egos and sky-high stilettos. But last week, on the eve of the inaugural Arab Fashion Week Riyadh, the backdrop was very different: Sandstorms and thunderstorms loomed, and missiles fired by Houthi rebels in Yemen sailed overhead.

That, along with a lot of logistical confusion, meant that the week — another example of the social and economic change sweeping through what has been one of the most conservative countries in the world — did not go as smoothly as planned.

The first official fashion week ever held in Saudi Arabia was, said Marriam Mossalli, a luxury consultant in Jeddah, “an amazing opportunity to shift the disconnect in the minds of outsiders about Saudi women, how they design and how they dress. Women here have been waiting for years for a time to shine.”

Yet it almost didn’t happen, though perhaps not for the reasons you would assume.

Five months in the planning, and organized by the Arab Fashion Council (a nonprofit in Dubai that opened a Riyadh office in December), Arab Fashion Week was originally set to begin on March 25. It was postponedafter scores of foreign journalists, buyers and models were unable to obtain visas in time to enter the country last month.

Three weeks later it was back on, with 16 shows scheduled, the high-profile guest designers Jean Paul Gaultier and Roberto Cavalli and attendees flown in from around the world.

But on Wednesday evening, 45 minutes before the first model was due on the runway on opening night, the phone screens of dozens of fashionable women dressed in abayas milling in the palatial lobby of the Ritz-Carlton hotel began to flash bright.

To their dismay, fashion week was now being delayed again by an additional 24 hours, according to a statement from the organizers on WhatsApp. The reason? The show tent, in the vast grounds of the luxury hotel, was apparently unfinished and unsafe for use, because of bad weather.

There was despair among the designers, both locals and those from countries including Lebanon, Egypt and Italy, who had traveled to show off their collections to the affluent Saudi market. Some guests, many of whom had flown in for only the opening night, were aghast at the late notice.

“I feel frustrated because this suggests that we are incompetent and unorganized, and we absolutely are not,” Ms. Mossalli said, as she sipped a hot chocolate in the lobby and waited for an Uber to the airport. She said that disorganization as well as the bad weather cited by the Arab Fashion Council had led the Saudi government’s General Entertainment Authority to take over production of the event, including the construction of the tent.

Ticket sales to women in Riyadh had been low, perhaps because there had been little local marketing. Some brands had pulled out of the event thanks to the lack of communication, and this may have affected sales as well.

“The organizers need to align their many story lines and just tell the truth,” Ms. Mossalli said. “It totally sends out the wrong message at an important time for us, and that is disappointing given all the design talent we have amassed here this week.”