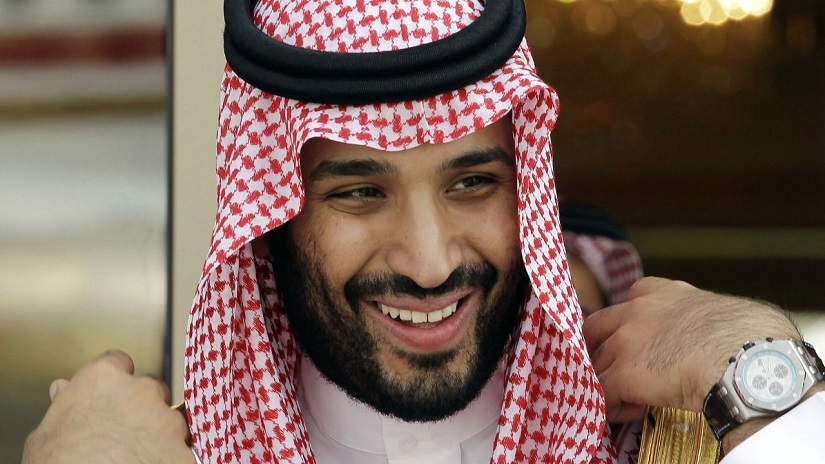 The 32-year-old heir to the throne, currently on a three-week tour of the U.S., met two Roman Catholic and three Jewish figures on Wednesday, the Saudi embassy in Washington said in a statement. Saudi Arabia enforces an austere interpretation of Sunni Islam, but Prince Mohammed has said he wants to ease the country toward “moderate Islam, open to the world and all religions.”

“The meeting emphasized the common bond among all people, particularly people of faith, which stresses the importance of tolerance, coexistence, and working together for a better future for all of humanity,” the embassy said. Although Prince Mohammed had recently met Christian figures, it marks the first time he’s announced a meeting with a Jewish religious leader.

While foreigners of other religions can worship privately in Saudi Arabia, there are no public churches, temples or synagogues. Importing crosses and other non-Islamic religious imagery -- including the six-pointed Star of David -- is banned, according to the Saudi customs website, and the kingdom’s minority Shiite Muslims complain of discrimination. There are some signs restrictions are softening: Christmas trees were displayed openly in some shops in the capital, Riyadh, for the first time last year.