By Rowena Henley for BBC

At the centre of one of the Earth’s harshest environments, on the border of Afghanistan and Tajikistan, two cookbook authors have found “a profoundly human place”.

In May 2016, a cookbook on one of the most remote and enigmatic cultures in the world won the title of Best Cookbook Of The Year at the Gourmand World Cookbook Awards.

This surprising accolade paid tribute to the Pamir region on the border of Afghanistan and Tajikistan, an ominous environment of steep cliffs, deep valleys, remote villages and harsh weather. It seems an unlikely place to source award-winning recipes – but With Our Own Hands is far more than just a recipe book. 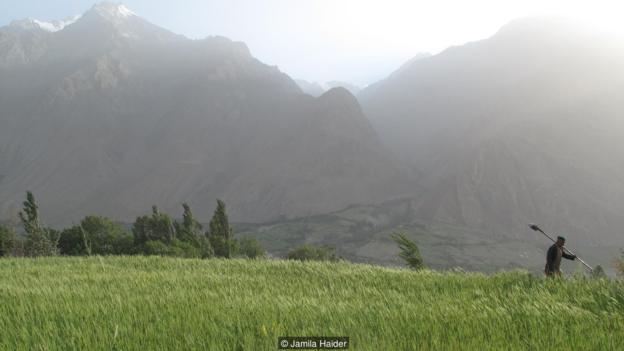 100 recipes are explored through the eyes of the Pamiri people and the history of their homeland (Credit: Jamila Haider)

The ambitious project began in 2009, when PhD student Jamila Haider and her co-author, Dutch ethno-botanist Fredrik van Oudenhoven, met while working in Tajikistan. They instantly discovered a mutual love for the Pamir region and a mutual anxiety for its future. While working on development projects, both scientists had seen the erosion of Pamiri traditions firsthand, with foreign food being favoured over ancestral recipes and young people leaving the mountains without plans to return.

The day after their first meeting, the two scientists came across an elderly grandmother while exploring the village of Mun in the Ghund Valley of the Tajik Pamirs. The woman recounted the recipes of her childhood and explained the importance they held for her and the Pamiri people. These recipes had only ever been passed down orally from generation to generation. 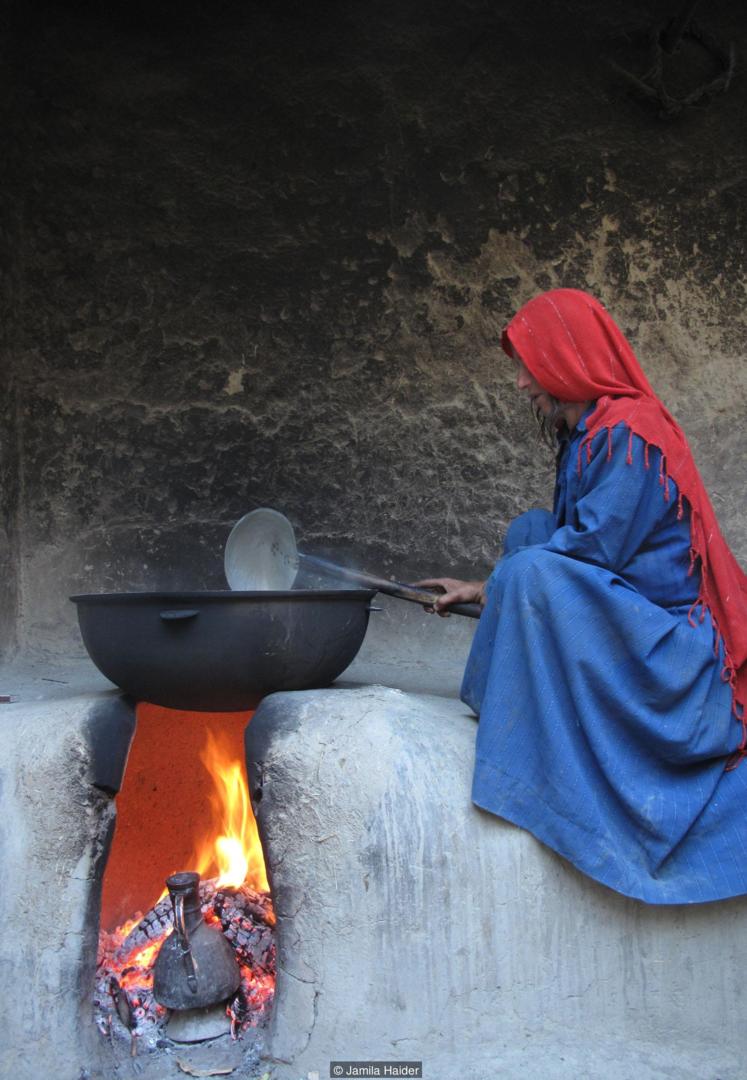 he cookbook is full of vibrant photography and local legends (Credit: Jamila Haider)

“The woman asked us to write down her recipes. That way, she said, she could leave them for her children and grandchildren,” Haider said. “The real need for the book became very clear.”

Each of the book’s 100 recipes is explored through the eyes of the Pamiri people and the history of their homeland, with spellbinding stories of local legends, opium addiction and Soviet influence. Readers will learn that time can be recorded without a clock and that “enough” can be a form of measurement. They will pick up practical tips: how to store meat without a refrigerator, for example, or how to turn plants into medicine.

Special care is taken to explain the relationship between the land and what it produces, and how this remote, hostile landscape is unpredictably perfect for delicious, unique ingredients to grow. Rush-kakht, for example, a type of red wheat used to make Baht (a thick porridge) for Baht Ayom, the Persian New Year, only grows in very specific microclimates in the upper reaches of the Bartang Valley.

“It has a very high sugar content,” Haider explained, “and releases its sweetness slowly, creating a distinct, rich and much beloved taste.”

The book itself is as vibrant as the people and recipes it describes, with exquisite, intimate photography decorating almost every page. The text is presented in three languages, with Dari (in Arabic script) and Tajik (in Cyrillic) sitting alongside the English. Although the translation process was tough (with Haider's translator having to recruit a “small army” of students to help), the authors knew just how essential it was for the Pamiri people to see their recipes written in their mother tongues. 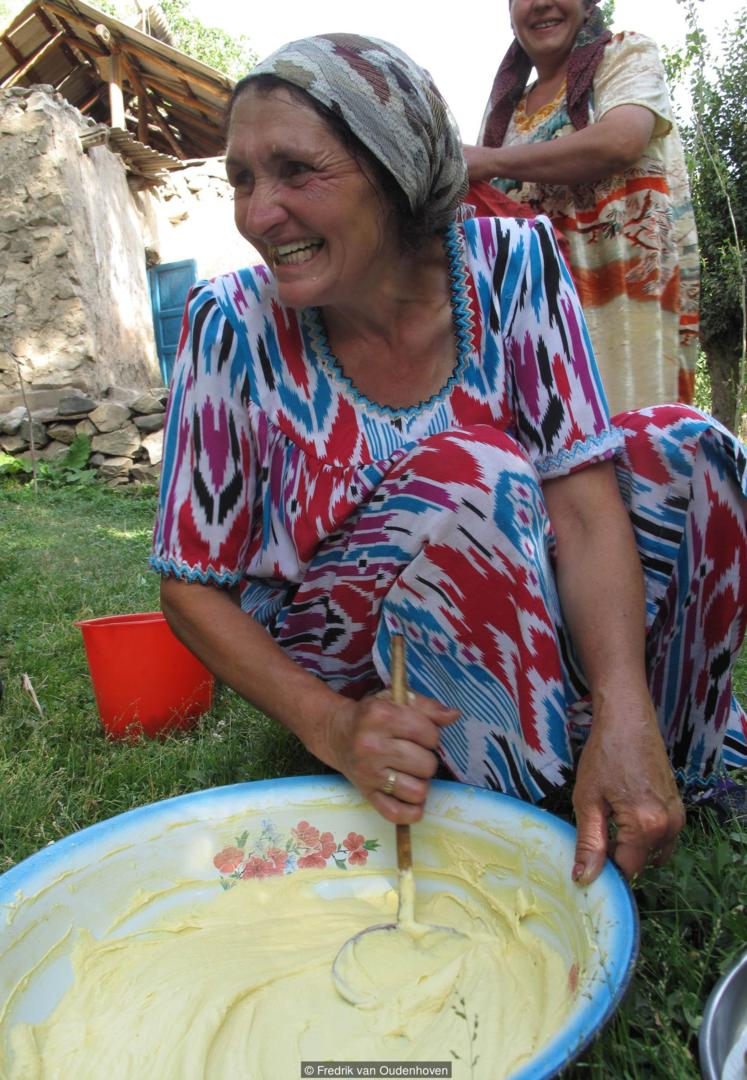 The cookbook came full circle when the authors returned to the village to distribute copies (Credit: Fredrik van Oudenhoven)

Five years after meeting the grandmother, Haider and Oudenhoven returned to the region with 1,700 books to distribute to the local people – and finally saw their hard work pay off.

“At first, people liked looking through the photographs, and finding people and landscapes that they knew,” Haider said. “But when they started reading it, and realising that these were the names of local dishes and crops, which they had never seen in print before, some of them started to laugh in disbelief! One man told us, ‘you have captured our knowledge that before only existed in our hands.’”

Haider recounted how one woman believed the book was so precious that she sewed a bag to protect it in, and keeps it next to her Quran.

“When we hear of Afghanistan or see images of it in the news, we see bombs, and barren deserts with tanks and Talib fighters, or we hear stories of female oppression and inequality,” Haider said.

She hopes that this book will help change perceptions of the villages, towns and cities of Tajikistan and Afghanistan, focussing instead on the many cultural riches – and delicious dishes – to be found.