By DIAA HADID for The NewYork Times

TEL AVIV — When Talleen Abu Hanna was a boy in Nazareth, an Arab city in Israel, he gave up karate and took up ballet. As a teenager, he stole his mother’s makeup and his sister’s dresses. He and his buddies would change in gas stations outside town, then party at nearby gay clubs.

“They would see boys going in, and we would put on our eye shadow, our wigs and skirts and dresses, and walk out and say, ‘Hiiii,’ ” Ms. Abu Hanna, 21, said in a recent interview, drawing out the last word.

In her teenage days, she said, she favored a look she described as Arab kitsch — heavy eyeliner, blush and foundation, topped with a cheap wig. After returning home, she had to remember to bite off her fake nails and replace her sparkly iPhone covers with plain leather ones.

But it was at one of those parties, when she was 15 or so, that Ms. Abu Hanna met a woman who told her that she used to be a man. Laughing, Ms. Abu Hanna asked her friends what “that lady” was smoking. Her friends, laughing as well, explained gender reassignment surgery to her.

The explanation came as a revelation to Ms. Abu Hanna, who had always assumed she would live her life as a very effeminate gay man. “I said: OMG, really? Seriously?” she said. “There are people who are like me? And then the idea came in my head, and I held on to it like a rope that would save me.”

In the spring, a year after transitioning from male to female, Ms. Abu Hanna became Israel’s first transgender beauty queen, winning the Miss Trans Israel pageant, a Swarovski-studded crown that barely made it over her hair-sprayed updo, and something she values more: visibility, for herself and for a cause she believes in.

“She was so beautiful, impressive,” said Israela Lev, a transgender activist who organized the pageant and initially spotted Ms. Abu Hanna at a sushi restaurant in a mall. 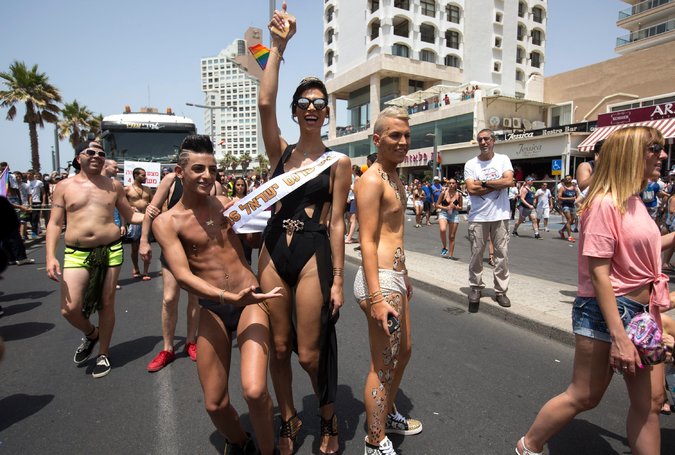 She will represent perhaps Israel’s most cosmopolitan face, an Arab transgender woman who comfortably crosses between Palestinians and Israelis, among Muslims, Jews and Christians.

Her Instagram account shows a woman who joyfully lip-syncs to cheesy songs in Arabic and Hebrew. Her ex-boyfriend is Muslim — his name, Mohammed, is tattooed on her wrist — and there is a mezuza on her door. She is from Israel’s Catholic community, a tiny subset of the Palestinian minority that forms one-fifth of the country’s eight million citizens.

She has a good chance, said Thara Wells, the director of the pageant, because she has buzz as well as beauty. “Her story is so different,” Ms. Wells said.

Simply getting to Barcelona became something of an ordeal for Ms. Abu Hanna, whose birth name is Hanna Abu Hanna — she adopted Talleen around the time of her transition. Fees and expenses add up fast, and Israel’s Ministry of Tourism flatly rejected her funding request of $20,000. The Foreign Ministry was a bit more receptive, saying the request was under review. When asked about the delay, the spokesman for the Foreign Ministry, Emmanuel Nahshon, responded — in verse — on WhatsApp:

“Nerves are tense and egos are tender

when you apply for government money

whether you’re gay, straight or transgender

waiting patiently is not always funny.”

Days later, the Foreign Ministry said it would pay for the entire trip.

But nothing is simple in this part of the world. Even among gay people, her quest for the beauty crown has drawn criticism. Leading Palestinian groups for gay, lesbian, bisexual and transgender people declined to comment on Ms. Abu Hanna’s activities. But gay and transgender activists say the groups see her decision to represent Israel as “pinkwashing,” a term that critics use to describe how Israel markets its gay-friendly reputation to shift focus from military occupation.

Lilach Ben David, 26, a transgender woman and activist, said she was “torn.”

“Talleen Abu Hanna will most definitely be used by the Israeli propaganda machine in order to justify horrendous crimes against Talleen Abu Hanna’s own people,” Ms. Ben David said.

But “if Palestinian society was accepting of Talleen Abu Hanna as a trans woman,” she said, “then she wouldn’t have to go and work with the Israeli establishment.”

Being openly gay and then transgender in that conservative Palestinian society was never going to be easy for Ms. Abu Hanna. Her father and much of her extended family cut off relations with her years ago, after she was outed by an angry boy scout in her troop who found out Ms. Abu Hanna kept a second Facebook profile as a woman. 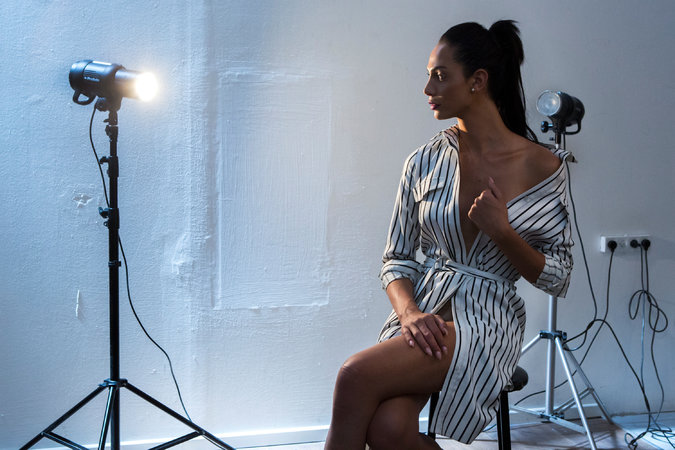 A photo shoot in Tel Aviv last month. Much of Ms. Abu Hanna’s family has cut off relations with her, she said, but Israel is “a democracy that has given me peace between my soul and my body.” Credit Rina Castelnuovo for The New York Times

The scandal shook Ms. Abu Hanna’s family. Fearing violence at the hands of a vindictive relative, her mother gave her $100 so she could flee, which she did — first to a Palestinian friend in Haifa, Israel, and then to Tel Aviv.

“Ummi” — “Mom” in Arabic — decorates one of her wrists, a tattoo of gratitude because, she said, her mother keeps in touch.

She wavered on transitioning, she said, worried that she would lose her family for good. But one day, Ms. Abu Hanna said, she just felt as if she would explode. She traveled to Thailand in January 2015 to begin her transition. She wrote to her relatives, saying she wanted them to love the woman she was.

In most other ways, life has been kind to Ms. Abu Hanna, whose transition has come at a time of greater cultural acceptance of transgender people. She faces no hostility in using women’s bathrooms, she said, and most people use the right pronouns when referring to her. She receives a stipend from the Israeli government, which supports people who are transitioning.

Her current boyfriend is a 24-year-old Arab university student. They are Facebook official, and she smiled as she scrolled through their seemingly endless selfies on her iPhone.

Of course her father loved her, even if he cut off relations, she said. It was the shame he encountered from his community that kept him away.

“My father should be proud of me,” Ms. Abu Hanna said, tapping the table with her long nails. “My father is the father of Miss Trans Israel.”