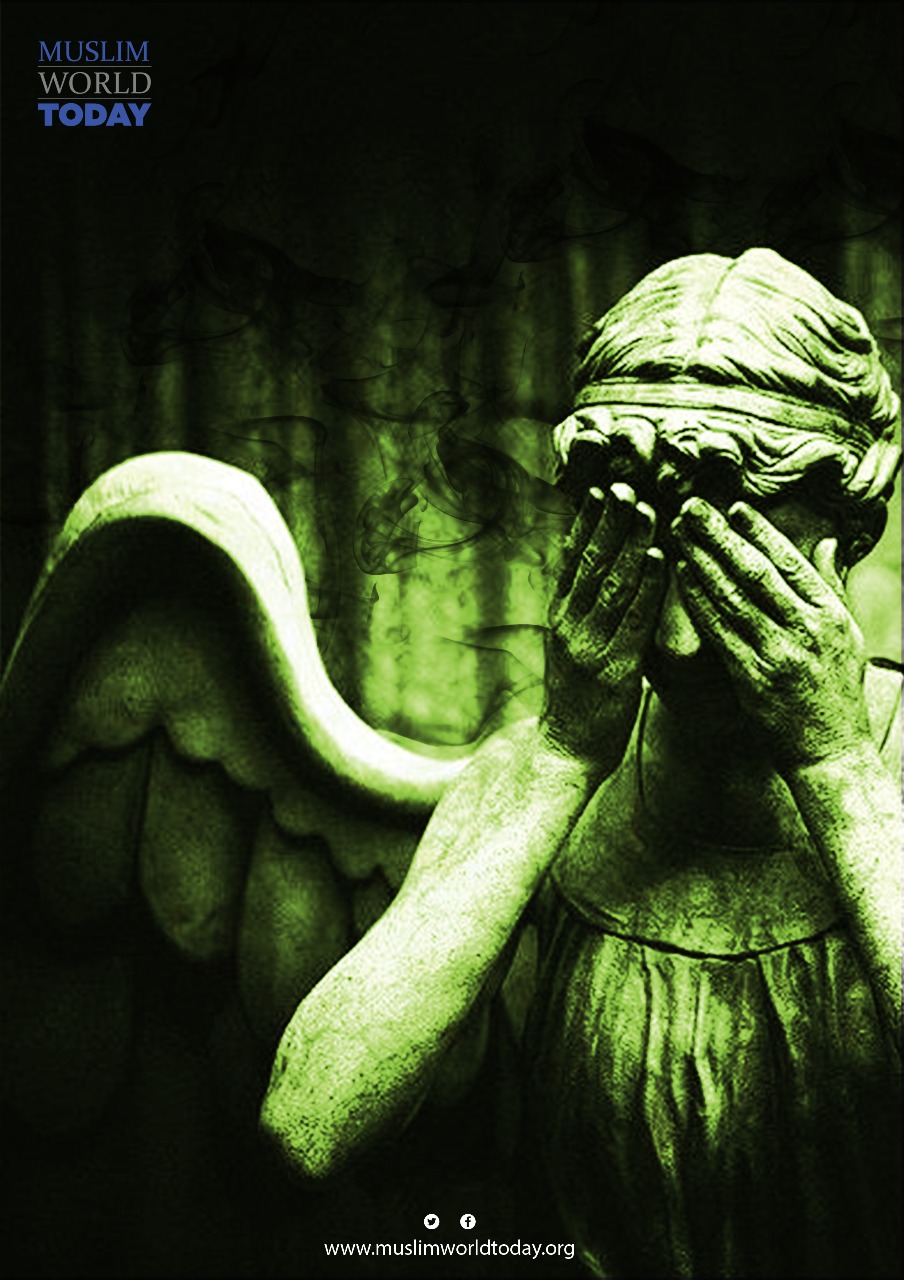 Evening was giving way to night and a thick mist was settling in as my carriage rolled into the small village of Ravenwood. The moon, only a sliver, winked lazily from behind a heavy curtain of clouds which hung low in the cold night sky.

The mist transformed the warm, inviting lamps of the village into willow-o'-the-wisps, waiting to lead errant wanderers to their doom. My carriage drove past a church. Through the gloom I espied a priest manning the doorway, intently reciting a sermon to a rapt audience. Another man of faith was leading a small procession through the adjoining cemetery. A deacon behind him swung a censer, its fragrant smoke adding to the growing fog, as the parade prayed for the souls of their dearly departed.

The carriage stopped before the inn where I was supposed to take lodging for the night. The driver rapped on the door, announcing our arrival. I disembarked and was immediately assaulted by the elements as the cold wind knifed across my exposed skin. Burrowing my head deeper into my layers I hurried inside.

The inn was warm; a relief after the biting cold. I had entered into a large dining room of sorts, which was empty save for two older gentlemen engaged in a chess match. The furniture was ancient but not decrepit. Gas lamps hung sparsely on the walls, providing adequate illumination; accompanied by framed photographs of soldiers, and decorative firearms. A great stone fireplace completed the tasteful décor of the refined room.

The driver came in with my luggage, followed by the innkeeper.

“Ah, Sir Kevinroy! It’s good to finally have you with us.”

“The pleasure is mine Mr.-“ I inquired.

Mr. Butterman was an old army veteran turned innkeeper. I had corresponded with him before setting out in order to secure lodgings for the night.

“Like I said Mr. Butterman, the pleasure is mine. However it will be quite short lived as I plan to carry on to London in the morning.”

“Of course sir, your letter hinted as much. But I must inform you that may not be possible. The road is treacherous in the winters and will be impassable if it snows tonight, and the skies are just fit to burst.”

“Are there no other routes that I may take to get to the city before nightfall tomorrow?”

“I am afraid not Sir. The only other road is through the old forest, Ravenwood; where the village obviously gets its name from. But I will not advise it. It has been unused for too long and the rumours surrounding it are unsettling. But enough of this talk of tomorrow! You have travelled quite a ways and must be tired and hungry. Would you like to have supper before you turn in for the night Sir?”

“A fine point Mr. Butterman. Yes I am quite famished actually; supper would be most welcome.”

“It will be my honour Sir! It is not every day I have the pleasure of serving one of Her Majesty’s Lords.”

Mr. Butterman implored for my hat and coat and directed the carriage driver to place my luggage in my room, and informed the driver of his own lodgings for the night.

I made myself comfortable as Mr. Butterman fetched my supper of scrambled eggs, beef stock soup and a slice of smoked venison. Perfect winter fare: both adept at satisfying hunger and keeping the cold at bay.

As I sipped the vintage bourbon the kind innkeeper had so generously provided from his own personal stock, the fatigues of travel began to weigh on me and the promise of a good night sleep became more and more enticing.

I jumped from my seat, heart pounding. I looked around the inn, confirming that my tired mind had not imagined the other-worldly scream: Mr. Butterman stood frozen in the middle of the room, one of the chess-players sat with his hand on his heart breathing heavily while the other had leapt from his seat, his chair skidding across the floor.

“What in God’s name was that monstrosity?” I practically shouted at the terrified people in the room.

Without a word, Mr. Butterman and the standing chess-player rushed outside into the cold. I stood petrified, the sound freshly resonating in my ears. I heard rushed whispering; the other gentleman was praying fervently, eyes closed, tears running down his creased cheeks, his hands clutching a rosary cross he wore around his neck.

This did little to ease my fright and I too made my way outside.

It was dark, and the mist was thick. The heavy clouds barely let any light through from the small moon; adding to the eerie atmosphere.

A mass was gathering in front of the church.

I joined the crowd. My eyes darted from face to face, demanding an explanation but I was only met with silent stares.

I found my way to Mr. Butterman’s side.

“What is happening?!” my confusion turning to irritation.

He impatiently gestured me to be silent, and pointed to the church’s doorway.

The lamps were snuffed out; the pitiful moon was the only source of illumination. I peered through the darkness and what I saw only heightened my bewilderment.

A woman lay sprawled on the church steps, sobbing hysterically. Her eyes, wide with absolute terror, were transfixed on an object a few meters from her.

The moon peeked a little more brightly through the clouds for a moment and I saw the cause of the woman’s turmoil:

It was a statue of a young woman with coiled hair wearing a flowing robe. It had two wings. An angel. The statue stood hunched, burying its head in its hands as though crying.

Perplexed, I once again turned to Mr. Butterman. His eyes were fixed on the angel just as intently as the woman’s.

“What is happening?” I asked once again, whispering this time as I felt the suffocating tension of the gathering.

Mr. Butterman just shook his head, wiped his eyes and continued to stare at the bizarre scene.

I could not conceive the reason for such fright. It was a statue. Yes, the placement was odd; it was right in the middle of the street. Other than that I saw no cause for alarm, let alone a village-wide panic.

The moon once again hid behind the clouds, shrouding the world in complete darkness, and what I saw next destroyed my notions of logic and reasoning.

The moon flashed and I saw that the statue had moved.

I stared at the angel uncomprehendingly, my mind ceasing to function. I could not believe it. The statue had moved. It was not in the place it had been. It was now closer to the woman.

My exhausted mind is playing tricks on me. It’s the damn mist, I thought to myself. This is not real. Not possible.

The moon blinked, just for a second or so. The statue moved again, but now its hands were not on its face; one arm was outstretched towards the woman. Its stone face was smiling.

The statue is moving.

I rubbed my eyes unbelievingly, not entirely convinced of the reality of what I was witnessing. But the angel stood in its new posture and position, unconcerned with my mental turmoil.

Clouds passed in front of the moon. The world went black for a moment. The statue moved yet again; now its stone face was like that of a demon: fanged mouth gaping, hands curled into claws, like that of a bloodthirsty predator; mere inches away from the poor squealing woman.

My body had broken out into a cold sweat. My heart fluttered as if it would escape from my chest. Blood pounded in my aching head, vomit was bubbling in my throat. I simply could not accept what I was seeing and yet I could not tear my eyes away.

The sky darkened. There was a final screech, which halted suddenly. The silence was deafening.

The woman had vanished. Only the angel remained, neck bent forwards, hands cupping face, as if it were weeping.

Another wink of the moon, and the angel disappeared, as if it had simply melted into the mist.