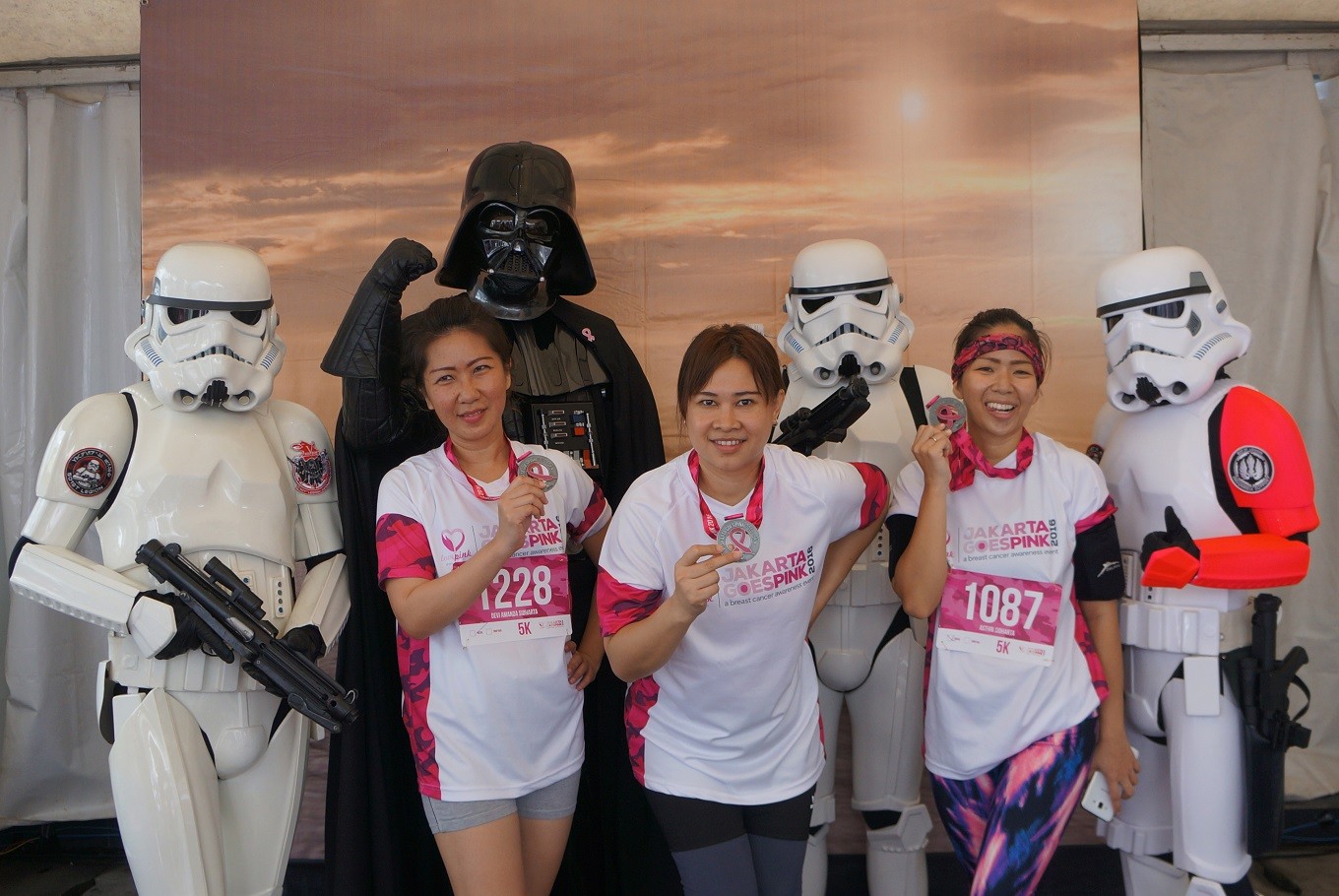 In a fictional galaxy far, far away, Darth Vader and Stormtroopers are recognized as the villains. These roles, however, don’t apply in real life. The members of the 501st Legion, an international Star Wars fan-based organization dedicated to the "darksiders", put on their villain suits to raise money for charity.

Established in 1997 by Albin Johnson and Tom Crews, the costume club consists of volunteers and currently has 10,000 members all over the world.

"The club is approved by Lucasfilm and Disney. We're known as the bad guys doing good ," the commanding officer and the initiator of 501st Legion Indonesia Arief Sundjaja recently told The Jakarta Post.

In Indonesia, the organization was formed in April 2011 and now has 18 approved members. Despite its small team, 501st Legion Indonesia follows the organization mission and works to support charities. "We put our armor on and participate in charity events. If people want to take picture with us, they need to make a donation," Arief explained. All donations go to charity.

“At the moment, we’re partnering with Jakarta Animal Aid Network and Lovepink community,” shared Arief. “We raised around Rp 26 million for JAAN during Indonesia Comic Con 2016."

When asked about the members' motives for joining 501st Legion, Arief said, "We want to help promote the brand, do charity and have fun."