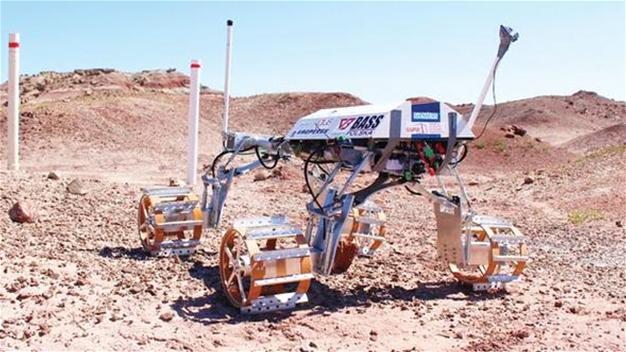 A group of students from Istanbul Technical University (ITU) are set to attend the finals of a competition in the U.S. with a Mars rover they have built, state-run Anadolu Agency reported on May 29.

The “ITU Rover Team” group will participate in the University Rover Challenge (URC) in the U.S. state of Utah between June 1 and 3.

Student groups from seven countries, including the U.S., will showcase their Mars rover in the Mars Desert Research Station.

The Altınay Group, an aviation and hi-tech firm, has sponsored the ITU Rover Team.

The team is the first from Turkey to participate in the URC, which is one of the most significant competitions between universities over science and technology.

This year, 82 teams from 13 different countries applied to the URC. The robot named “Altınay Mars Discoverer” will participate in the finals.

The final competition will be held in the Mars Desert Research Station, which was founded to test rovers that will be sent to Mars.