Khartoum — In mid-September, Ostinato Records, based in New York, released the double CD collection Two Niles to Sing a Melody: The Violins & Synths of Sudan. 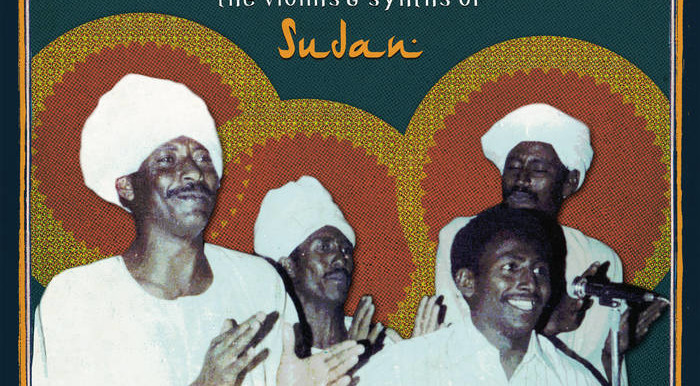 The CDs, of which the title refers to the Blue Nile and the White Nile that converge in Khartoum, contain a compilation of the country's golden music era of the 1970s and early 1980s and its brightest stars, who inspired some of the biggest names in Ethiopia, Somalia, and the Arabic-speaking world.

The music on the collection is largely defined by the presidency of Jaafar Nimeiry and the changes brought on by the 1983 September laws that instituted Islamic Sharia law, and the 1989 military coup led by Omar Al Bashir, "which dealt a death blow to one of Africa's most eclectic music scenes", Vik Sohonie, the founder of Ostinado Records said in an interview with Music in Africa published in two parts in July and August.

Sudanese music is one of the most revered in Africa and deserves a bigger audience, Sohonie said. "Its artists are loved from Mauritania to Djibouti. Artists like Mohamed Wardi were as inspirational as Fela Kuti in their political activism through their music. Wardi performed to a sold-out 60.000 arena in Yaoundé, Cameroon, to a Francophone crowd who did not understand what he was singing, but showered him with applause and love nevertheless. That's the stature of what we are dealing with."

In the song El Soura by the great Sudanese singer Mohamed Wardi you really hear "a small musical wonder of the world", a review in the Dutch daily, de Volkskrant reads.

"The song starts with trance-like, African percussion and thunderous bass. Then an electric guitar sticks three metaly notes into the drum part, which are answered by vibrating strings that seem to blow out of an Arabic show orchestra. You have been nailed to the ground and then the hypnotic and improbably agile voice of Mohamed Wardi jumping through the scales has to come."

The most recent song in the collection, Min Ozzalna Seebak Seeb by Kamal Tarbas was recorded in 1992 in Khartoum. It must have been one of the last songs that the city produced before the new regime led by Omar Al Bashir forbade all "frivolous music". Only classical songs that glorified Islam or the war against South Sudan were allowed. Musicians and actors were hunted-down and imprisoned.

The collection also contains a song by woman singer Hanan Bulu Bulu, whose carefree performances led to her detention more than once in Sudan, continued to make music under the most difficult conditions until 1993, when she fled the country.

In the booklet accompanying the CDs, she tells about her struggle: "I was in big trouble because I was a woman and wanted to sing. A singing and dancing woman was badly accepted in Sudan in the early 1980s."