KHARTOUM (Reuters) - Mervat al-Neel was one of the many women whose protests helped bring down Sudanese autocrat Omar Hassan al-Bashir. Now she is standing up to the generals who replaced him. 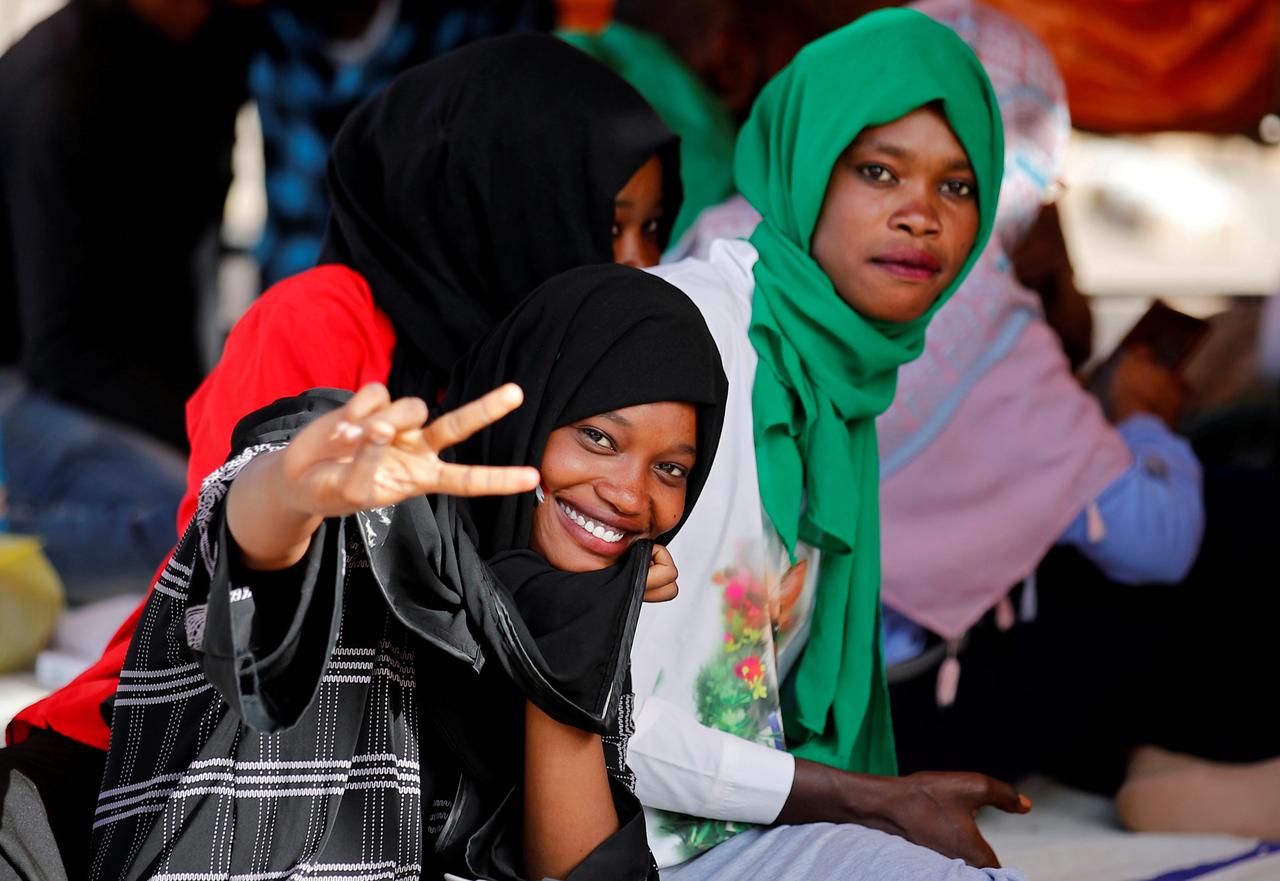 After decades of oppression under Bashir’s Islamist rule, when they could be dragged before the police if a man didn’t approve of what they were wearing, women want to take charge.

That was Neel’s message to the generals who are negotiating with her and other opposition figures over the country’s political future.

When she felt belittled by one of the top army officers who took over from Bashir in a coup on April 11, Neel hit back.

“You are here in a position of power because of us,” she said, referring to the mass protests that led to the fall of the long-serving president. She is one of two women on a 10-member negotiating committee.

“I was tough,” said Neel, who studied IT and mathematics at Khartoum University, describing negotiations between opposition figures and the Transitional Military Council (TMC) at the presidential palace.

Women, who suffered the most under Bashir’s dictatorship, are now a driving force at a sit-in outside the Ministry of Defense.

Thousands still gather there every day, hoping for democracy and 50 percent representation in any new government.

There were no women in Bashir’s cabinet and just 25 percent of the seats in parliament were reserved for women.

“Women’s participation in the protests was a decisive factor in overthrowing Bashir,” said Al Rashid Saeed, spokesperson for the Sudanese Professionals Association, which organized the demonstrations.

Political activist Sara Mubarak, who campaigned for women’s rights for years under Bashir, is even more emboldened after his fall.

During protests over the cost of living last year, the 59-year-old Communist Party member hid her political leanings when she was detained and questioned by intelligence agents.

Mubarak was also held briefly during the most recent unrest.

“This time I told the truth, that I was leading a protest,” said Mubarak, who had to take ten bus rides from her home town of Singa, south of Khartoum, to join the sit-in.

“I am here to the end even if we have to stay until next year.”

Mubarak, who sleeps on the street under a makeshift canvas tent, is inspired by a nearby poster of Sudan’s first woman parliamentarian, former Communist Party Leader Fatima Ahmed Ibrahim, who was elected in 1965.

Under Sudan’s Islamic Sharia laws during Bashir’s rule, women’s lives were tightly controlled by men, even their dress code.

“The primary problem with Bashir’s Islamic rule is that political Islam treats women as second-class citizens,” said activist Hadia Hassaballa, adding that under Bashir’s Public Order Law, women could be taken to a police station by any person on the street who deemed what they were wearing as inappropriate.

Bashir, who survived armed rebellions, economic crises and U.S. sanctions, is in a high-security prison in Khartoum, where he sent thousands of political prisoners over the years.

But it is not just his police state that fueled women’s anger. In 2012, they beat on pots and pans in the street to protest against economic hardship.

Similarly harsh conditions triggered the demonstrations that led to the latest unrest in late 2018.