By Nesrine Kamal for BBC Monitoring

It is a storyline of an episode of a satirical Saudi TV series which has sparked wide debate on social media.

The plot: two babies switched at birth by mistake in a Saudi hospital and raised by two radical families - one Sunni, the other Shia.

Years later, the hospital discovers the error and each son, now a young man, goes to live with his real family.

When the fathers discover their sons were raised by a family from an "opposing" sect, they desperately attempt to change their offsprings' religious perceptions, trying to convince them that they have not been following the "right doctrine".

On Twitter, the comedian asked his audience to "fasten seatbelts" before the episode was shown. Afterwards it was praised by both Sunni and Shia viewers.

Although the Sunni and Shia branches of Islam share fundamental beliefs, they differ in religious practices, rituals and organisation. The intensity of the divide differs from one Islamic country to another.

The majority of Muslims in the world are Sunnis. Shia, who make up roughly 10% of the Muslim population, are a majority in Iraq, Iran and Bahrain.

They also constitute large sections of the population in Syria, Lebanon and Saudi Arabia, while they are a minority in Egypt and Jordan.

Sunni-Shia marriages illustrate the sensitivity of the sectarian divide in some countries.

While such unions are common in countries with large Shia populations like Iraq and Lebanon, they are rare in Egypt and Sunni-ruled Saudi Arabia.

The subject of "Sushi" children - a reference to the offspring of Sunni-Shia marriages - remains a sensitive topic for many. 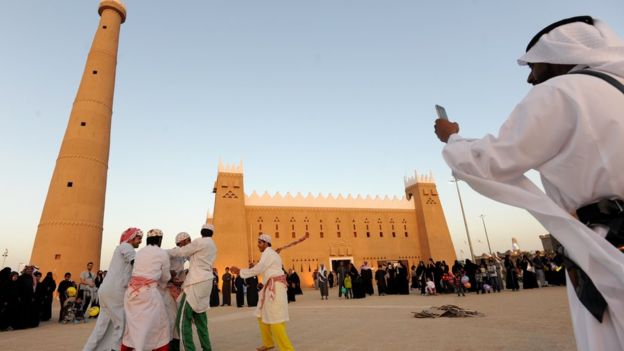 Arij Umran (not her real name) spoke to the BBC about her experience as a young Saudi woman who was born to a Sunni father and a Shia mother.

"My parents met and got married in Iraq 40 years ago. Sunni-Shia marriages were not such a big deal back then. However, when they returned to Saudi Arabia, they started facing some difficulties."

Arij says that as a child, she had to keep her mother's doctrine a secret because many friends "stopped talking to her" when they found out her mother was a Shia.

She says her parents were open-minded and supportive of her choices. When she asked which doctrine she should follow, they said: "It is your duty to find out. You need to read, learn and tell us what you have decided".

BBC Monitoring journalist Mina al-Lami, who was born in Iraq into a Sunni-Shia inter-marriage, says that having a parent from each sect was and continues to be common in Iraq, especially in mixed areas like the capital Baghdad.

"Growing up there, I didn't even know there were two different sects until my early 20s," Mina says. While Sunni-Shia marriages have dropped in Iraq after 2003 given sectarian tensions, they are still not unusual, she adds. 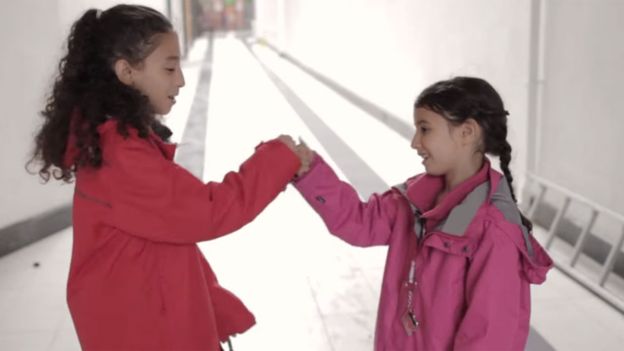 Hoda El Soudani's film 'Why can't I be a Sushi?' features sisters Nimah (left) and Sofia

The issue was also tackled by the British-Iraqi filmmaker Hoda El Soudani in her documentary "Why Can't I be a Sushi?".

The filmmaker told the BBC: "My main intention was to objectively address as many key issues as possible that one sect may have towards the other sect, and then break down the misconceptions so that some kind of bridge could be built once they realise they have so much in common". 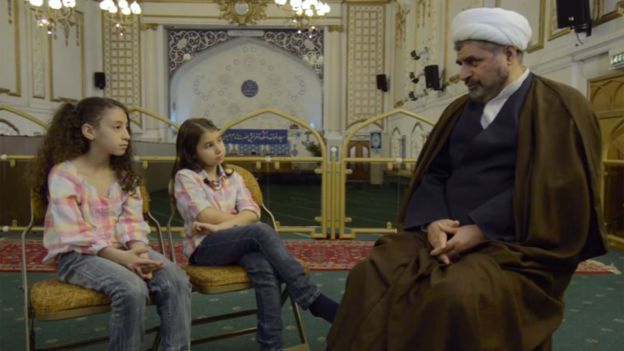 She says she was motivated to address this sensitive subject after "seeing what is happening elsewhere: in Saudi Arabia, in Yemen, Iran, Iraq...".

"The point is not to ask why there are differences of opinion, but rather why these differences have led to violence and animosity. To me, the conflict seems to be more political than religious, although it may be hiding behind the religious language." 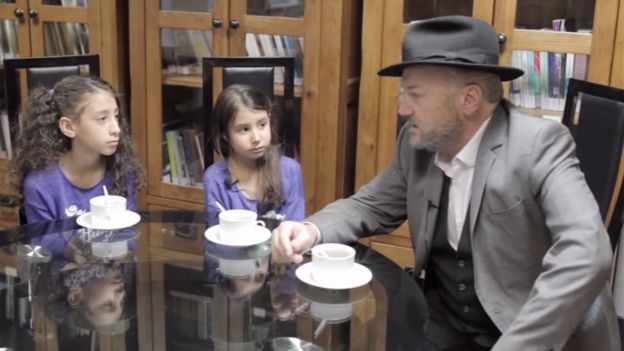 "People may say the film is painting a romanticised picture of Sunnis and Shia uniting, but I would say if it existed once, then it can exist again. I'm sure we can be less arrogant and more accepting of the other sect."

"People needed to be reminded to go back to their roots and embrace the simplicity of just being a Muslim regardless of which sect one follows," Hoda adds.