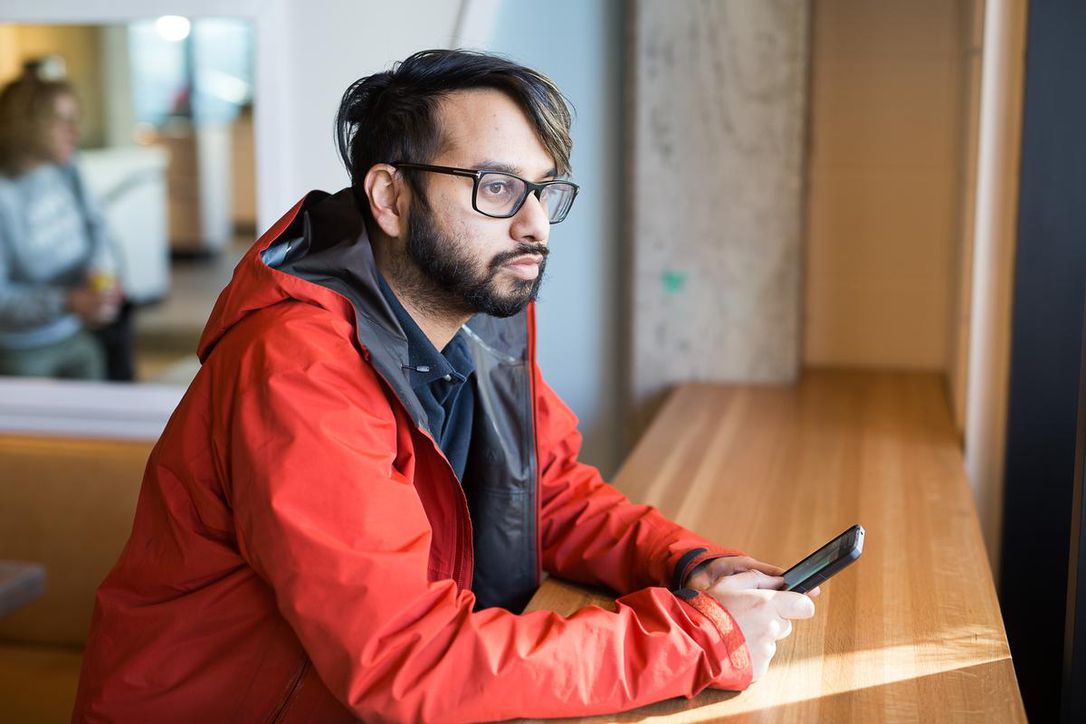 Faisal Hussain’s mother is counting down the days until June 1.

That’s the day Hussain turns 30—and, his mother fears, his chances of meeting a girl, getting married and not dying alone will officially drop to zero.

To that end, he says, she’s shown him pictures, introduced him to friends and left notes around the house scribbled with the contact information of eligible women.

“They want me to be with a Muslim girl, but for me I don’t really care. Like I’m not that religious at all,” he said. “I know that my parents will be upset if I find a non-Muslim girl, so right now I’m just heavily using Muzmatch and Minder more.”

Like many young people, the Edmonton IT worker is on the hunt for a partner who shares his basic world view and taste in Netflix. But as a Muslim, it’s a little more complicated.

In Islam, dating, or any form of physical interaction between opposite genders, is considered haram, or forbidden. In the old days, most couples met through family matchmaking, but in a city the size of Edmonton — where only about five per cent of the population is Muslim — that’s a challenge.

The solution? Dating online, but discreetly, thanks to a slate of new apps and websites catering to young Muslims.

The most popular is a rapidly expanding app called Minder. Like its mainstream cousin Tinder, Minder allows users to swipe right or left on potential matches. If two people swipe right on each other, a chat box opens up where they can talk.

California-based creator Haroon Mokhtarzada explains the app is specifically for finding another Muslim to marry, which is why profiles include extra questions such as level of religious practice, caste and country of origin.

Launched in 2015, the app currently has 35,000 users in Canada, a number that has quadrupled since 2016. That includes the 1,500 people who were Minder-ing in Edmonton last year.

Mokhtarzada explains the increase by pointing out that using technology makes sense for young Muslims, even if it is frowned upon.

“The problem is if you are going to go by eastern standard it’s all taboo, talking to someone of the opposite gender is taboo. But it’s not going to work here,” he said, referring to North America.

“What we said is, we need to create a healthy way for people to interact and find someone that they are compatible with, so they don’t just marry the first or second person that is brought in front of them, that they think is semi-OK.”

Finding someone who is religious — but to the same degree — is one of the biggest hurdles for young Muslims.

Eeman Khan, is a 27-year-old engineer living in Edmonton.

He says he is a strict Muslim: he prays five times a day, fasts, and doesn’t drink and smoke. He’d like to find someone similarly observant, he said, and sees the irony in the fact that dating is “haraam” or prohibited, yet he has accounts on online dating apps.

“Growing up [my family] would tell me, ‘Don’t talk to girls because it’s bad’. But now they are like, ‘You are grown up and you have to get married at some point.’”

Naz Khan, no relation to Eeman, a 25-year-old student, has accounts on dating apps, but says she still expects men to follow Muslim rules.

“We have unsaid rules that I’m not going to hook up with you,” she said.