By Phlis McGregor for CBC News 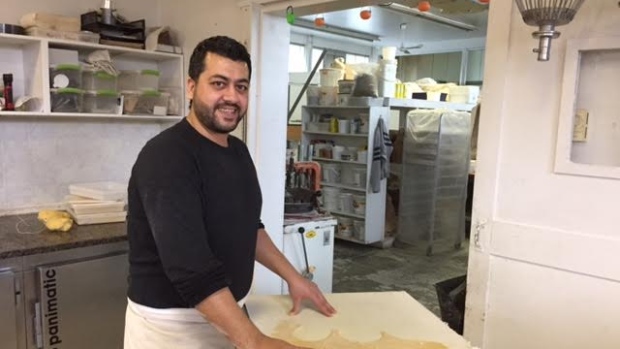 Not only has the Syrian refugee — who came to Canada three months ago — found a job in his field, he's also helping a local business address a worker shortage.

The bakery's owner, Laura Mulrooney, said she ran into trouble earlier this year when changes to Canada's Temporary Foreign Worker Program made it difficult for her to recruit a skilled bakery chef.

Mulrooney said she had to limit what the bakery could produce and she even considered laying off staff, because they weren't making — or selling — enough goods to support the operation.

"We were really desperate," she said.

That changed when Al Badin arrived from Damascus with his wife and five-year-old son. 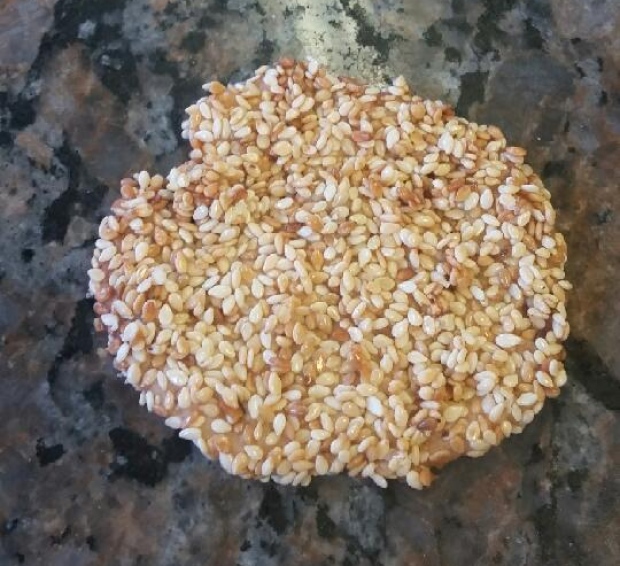 Barazek is one of the Syrian sweets Ruwad Albidin is making at his new workplace in Chester. (Laura Mulrooney)

Al Badin doesn't speak much English, but Mulrooney describes him as a great addition to the team.

He has the "classic skills of rolling croissants, pastry and tart-making that we need," she said.

Through a translator, Al Badin said he used to own and operate his own pastry shop called Master Cake in Damascus.

He said he looks forward to making Syrian sweets such as barazek — a thin, crunchy cookie with sesame seeds and pistachios — at his new workplace in Nova Scotia.

Mulrooney is also keen to expand the bakery's line of products.

"We made some nice Syrian cookies the other day," she said. "So I think we can learn from each other."

When asked what ingredients he misses most from Syria, Al Badin admitted Syrian butter is much better than what Canada produces.

Mulrooney said Al Badin was welcomed by the staff with open arms.

She said her newest employee is more likely to stay in Nova Scotia if he enjoys working at the shop.

"Nova Scotia needs new immigrants, and happy ones," she said.

Volunteers help with the commute

Volunteers with the Bay Refugee Project in the St. Margaret's Bay-area, who sponsored Al Badin and his family, wake up early four days a week to drive him to work.

It's a 30-minute drive from his home in Tantallon to the bakery in Chester, and he has to be at work by 5 a.m.

Al Badin said he is grateful for the help.

"If they not help, it's hard to get job and hard to come in here every day," he said through his translator.