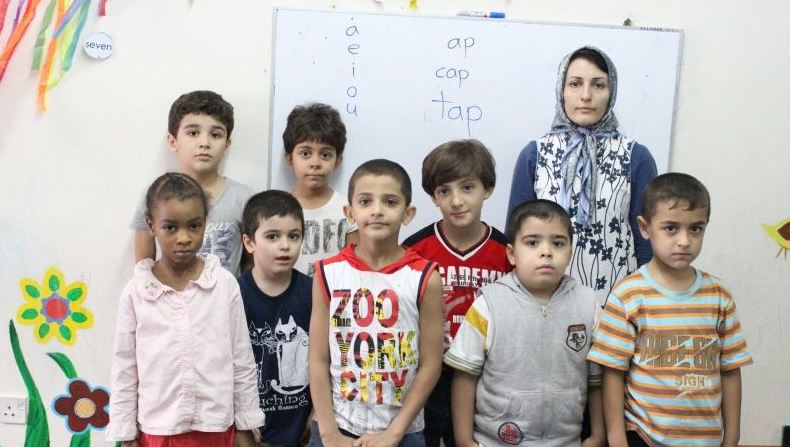 In one shop lot in Ampang, a bustling town located just 15 minutes away from the Kuala Lumpur city centre, sits the Malaysian Social Research Institute (MSRI).

The organization was started in 1959 by the late Dato’ Dr. Alijah (Shirle) Gordon, an American student of Middle Eastern and Islamic Studies at Columbia University. The organization was previously known as the Malaysian Sociological Research Institute, but during the Lebanese civil war, it began to focus on providing aid and has not stopped doing so, though it still produces the occasional research.

Here, refugees from 17 countries, primarily from Middle East and North Africa (also known as the MENA region), as well as Afghanistan and Pakistan, benefit from academic classes and vocational training.

Despite pressure from human rights groups, Malaysia has not signed the 1951 United Nations Refugee Convention. Critics also point out that the country lacks a comprehensive set of laws and policies for refugees. It has, however, signed the United Nations Convention on the Rights of the Child (CRC) since 1995, which mandates it to protect refugee children with education, but it does not do so.

The most fundamental problem lies in the fact that refugees have no legal recognition in Malaysia: Here, they are regarded as “undocumented” and “illegal migrants.”

Because of this, most refugee children – in fact, almost 40% of them - go to community schools and schools run by faith-based organisation. However, the quality of the education in these establishments are sorely lacking, with most of these organizations teaching only two subjects: English and mathematics. This is not up to par with the quality of the national schools.

If a child does not study, it is most likely because he or she is busy working to help the family.

“We see a lot of refugees and asylum workers below 18 who work in in this country,” MSRI executive director, Lia Syed, said. “Refugee children who work usually start working at 14 – they feel compelled to sustain the family or the family forces them to.”

She cited the example of a 14-year-old Afghan boy who had to work at a bakery after his father suffered a heart attack. The boy worked for 4 to 5 hours a day, at just RM4 (US$1.02) an hour. He was allowed to bring the goods from the bakery home, and this is how the family fed themselves.

In most cases, refugee children have to work 12 hours a day, 7 days a week, often without unpaid leave.

They are usually found working at restaurants, doing cleaning jobs and shop-keeping in small grocery stores. Some work in the Bukit Bintang area where there is rampant drug use and prostitution. Often, the children fall victims to run-ins with police during raids.

This is where MSRI steps in.

“We provide refugee children with education from kindergarten, to primary to secondary school up to obtaining the IGCSE certificate,” Syed said.

(Upon completion of their studies, UNHCR will sometimes provide the children with funds to study at international universities that are based in Malaysia).

However, not everybody is convinced at first. Because they rely on children to earn an income, it makes sense that some parents are hesitant to let their children study. MSRI therefore speaks to them and convince them the importance of obtaining the IGCSE certificate.

“This acts as an encouragement and goal for the children to be educated,” Syed said.

Despite the challenges, MSRI has been quite successful in providing education for refugee children.

“It used to be very common that refugee kids would drop out in order to work and sustain their family,” Syed said.

“When a child drops out, we do case management and go to the bottom of it and talk to the family. If a child’s grades drop, we also look into that,” she said.

MSRI also provides vocational training. Most of the refugees who come to MSRI don’t speak English at first. They also lack skills to make business. MSRI provides them will skills, such as shoe-making,

However, lately, the organization has been facing problems.

“It’s very difficult to get our funders to fund our programs,” Syed said.

Ultimately, the responsibility of caring for refugee children fall under the government. At the two Universal Periodic Reviews ago (also known as the UPR, which involves a review of the human rights records of all UN Member States), Malaysia was questioned why it did not provide education for refugee children. Malaysia responded that it allowed the UNCHR and non-governmental organizations to do it instead.

“I don’t see an end to this,” Syed said, exasperatedly. “There is no political will.”

Child labor among refugees is highly unlikely to stop, at least not anytime soon. Until then, organizations such as MSRI will continue to try their best to help the get an education.

For more information on the Malaysian Social Research Institute and how to help, go to its website.